The Bezos Day One Fund will put $2 billion into existing charities as well as create new schools.

CEO of Amazon and one of the world's richest people, Jeff Bezos has announced a 2 billion dollar philanthropy fund for homeless families and early education. Bezos tweeted a long text describing his reasoning for the move and explaining where the money will be spent.

The Bezos Day One Fund, will have two main priorities, the first will fund existing nonprofits and issue awards to organizations doing “compassionate, needle-moving work” that helps to shelter and support the immediate needs of young families. The second agenda is to initiate a network of high-quality, full-scholarship Montessori-inspired preschools.

Charity sees children as the 'customer'

“We’ll use the same set of principles that have driven Amazon,” wrote Bezos. “Most important among those will be genuine, intense customer obsession. The child will be the customer.”

Bezos is personally worth about $163.8 billion, according to the Bloomberg Billionaires Index, but despite his incredible wealth has barely made any philanthropic contributions. His net worth was raised by a staggering $64.7 billion this year alone as Amazon’s shares surged.

Bezos now joins other billionaires like Bill Gates and Warren Buffet who donate large amounts of money every year. Until now, Bezos has not made any significant charitable donations. 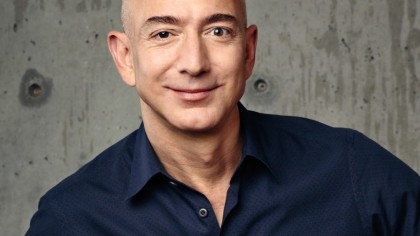 The Bezos Family Foundation, which primarily supports childhood education is mainly funded by Bezos’s parents from Amazon holdings they acquired as early investors in their son’s enterprise.

The Bezos Day One Fund will now hold the title for the largest single donation ever announced for preschools, said Avo Makdessian, director of the Silicon Valley Community Foundation’s Center for Early Learning.

Makdessian says investing in preschools makes sense as research shows 90 percent of a child’s brain development occurs before the age of 5. Despite this being a crucial time in the child’s development most education charities target older children.

Bezos has been the target of many who see him as a symbol of modern American greed. Amazon has a bad reputation for poorly treating their employees including gross underpayment, poor working conditions, and bullying.

Many responded to Bezos’s philanthropic announcement with calls for him to start by proving better working conditions for his own employees rather than trying to improve his image through charity.

At a corporate level, Amazon has been involved in charity for some time, most notably in 2016 when the company renovated a vacant hotel on land designated for its new headquarters for use as a temporary homeless shelter.

The hotel was handed over to the nonprofit Mary’s Place to shelter 200 homeless families for a short time. Despite this positive step, Amazon also lobbied so hard against the Seattle City Council that it repealed an employee head tax that would have funded housing and services for the homeless.

No matter where you stand on the ethics of Bezos, his move to philanthropy is a positive one for the people that will receive much-needed assistance through the fund.

7 Solutions and Tools to Prevent Droughts and Minimize Their Risks