In an interview with Alex Springer that made headlines around the world, the visionary CEO of Amazon talked being kind, handling adversity and colonizing space.

On Saturday, Amazon CEO Jeff Bezos sat down for an interview with Alex Springer. The outcome made headlines around the world.

The interview was hosted by Mathias Döpfner, CEO of Axel Springer, and was featured on Business Insider. The subjects ranged from Bezos' childhood influences to his views on colonizing space.

The industry titan began with a story, about the time he upset his grandmother, that taught him a very valuable lesson. Around 1974, when Bezos was 10 years old, he had noticed that his grandmother was a chain smoker.

He found himself calculating how many years she was robbing from her life. Proud of his mathematical prowess, he announced his result to her which in turn made her cry.

It was then that his grandfather took him aside and told him some very wise words. He gently said, “You are going to figure out one day that it is harder to be kind than clever.”

"They’re acts of omission. Very rarely are you going to regret something that you did that failed and didn’t work or whatever," Bezos added.

Speaking of the crises that Amazon overcame, Bezos shared his strategy for thriving through adversity. "I think that if you stay focused and the more drama there is and everything else, no matter what the drama is," he said.

"Whatever the actionable distraction is, your response to it should be to double down on the customer. Satisfy them. And not just satisfy them — delight them," Bezos explained.

Despite the visionary's life and business wisdom, the comments that have garnered this interview the most attention are his eccentric views on moving humanity to space. Bezos gave a lengthy explanation for his rationale, involving the amount of energy humans use. 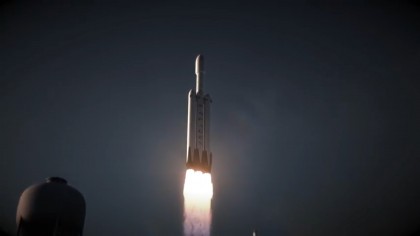 According to Bezos, there is a "real energy crisis"  that is "happening soon." His solution lies not in energy efficiency but in outer space:

"Now take the scenario, where you move out into the solar system. The solar system can easily support a trillion humans. And if we had a trillion humans, we would have a thousand Einsteins and a thousand Mozarts and unlimited, for all practical purposes, resources and solar power unlimited for all practical purposes. That’s the world that I want my great-grandchildren's great-grandchildren to live in.

By the way, I believe that in that timeframe we will move all heavy industry off of Earth and Earth will be zoned residential and light industry. It will basically be a very beautiful planet. We have sent robotic probes to every planet in this solar system now and believe me this is the best one," Bezos said.