Projector that Fits in Your Backpack: JmGO View

No longer will you need to go to the movie theater to watch incredible 1280x720 HD videos, rather you can keep all of that technology right in your backpack. The portable JmGO View projector creates a 180" screen on whatever surface you have, all the while playing unrivaled surround sound through the built in speakers. The first prototype was unveiled at CES in January of this year, and it has been flying off the shelves ever since becoming commercially available. Don't worry, it isn't just another cheap projector, in fact it is built with an intricately designed metal casing and utilizes the most advanced Android OS and Texas Instruments optical hardware. You can even use the small projector as your normal home entertainment system, then when you want to get out, just take everything with you! 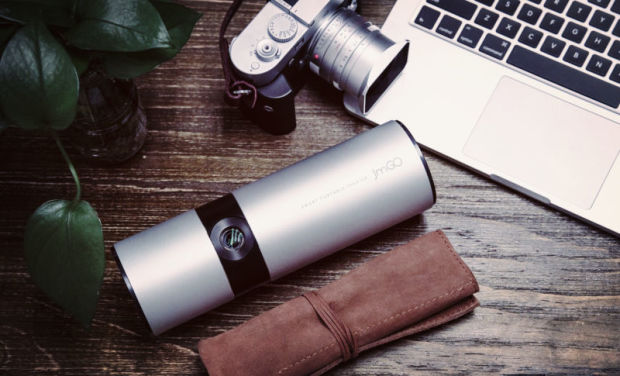 The JmGO View isn't just for watching movies with friends, instead you can take it to the office for that next big presentation, play video games on the side of a building, or even take it camping and enjoy some fun under the stars. Only weighing a total of 1 kg, the projector is  very ergonomic and lends itself to an on-the-go lifestyle. One of the other features on the device is the ability to connect whatever you would like, even your Android smartphone. There are HDMI and USB 2.0 ports for more traditional connections, but with Miracast, you can wirelessly mirror your smartphone onto the gigantic screen. 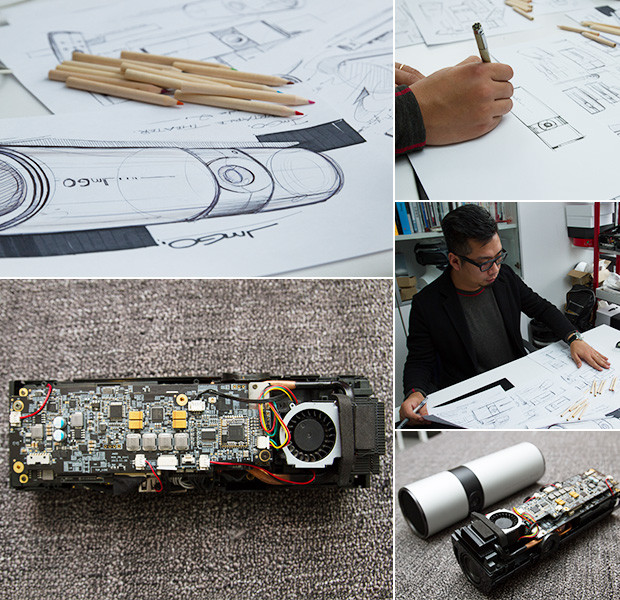 This new product is now available on Indiegogo and just released the JmGO View at an all time low price of US$385 in celebration of meeting their goal! Considering the capabilities of the device, a price point of under US$500 dollars sets the HD projector apart from the rest. If you want to get your hands on one for as cheap as possible, be sure to back the View on Indiegogo before the price goes up. For a little more about what exactly the portable home theater system can do, check out the video below:

Adding to the list of incredibly features on the device, you can also completely control the JmGO View from your smartphone. On top of that the audio features Dolby Digital plus speakers bringing the best listening experience along with the projector. If you don't have anything to watch but still need a speaker, the handheld device can be used as one by itself as well.

Unlike many other portable devices, this device doesn't need to be constantly plugged in. In fact, the battery life on the comprehensive theater system lasts for over 3 hours streaming movies and over 8 hours for music. Producing 250 Lumens, there is even enough light to produce a crisp clear picture when there may be some other lights on in the area. 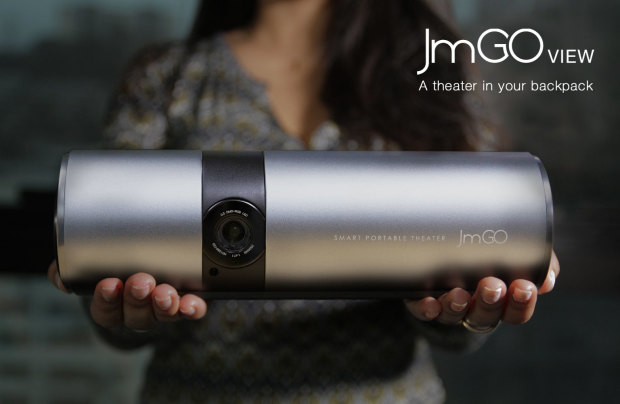 There's not much to dislike about the JmGO view and for such a cheap price everyone can have a 180" HD home theater experience. Right now though, there is only one way to get the new projector, and that's by supporting JmGO.