Junkers JU-390: The German Bomber That Almost Brought the Blitz to New York

During WW2, the Germans were developing a long-range bomber to reach U.S. soil. This was called the Junkers JU-390 and it would have been a terrifying prospect.

The Junkers JU-390 could have brought the horrors of the London Blitz to New York. Despite several prototypes being built and tested, they were never used in anger.

The program would ultimately be a failure but the idea of a transatlantic "New York Bomber" was a very interesting one. If it had succeeded it could well have turned the tide of the war. Both from a tactical point of view but also a psychological one. Would Germany have used them to bring the blitz to America? Would they have begun a terror campaign on the cities of the U.S.? Could they have delivered nukes?

We will never know.

The Junkers JU-390 was intended to be a long-range heavy bomber designed to strike far-off targets like America's East Coast during WW2. The idea was to bring the horrors of massed bomb strikes to the civilians of America. She was, in fact, a further development of her predecessor the JU-290.

Both of these aircraft were multi-engined planes designed to deliver large amounts of ordnance to bear on the enemies of Third Reich. The Junker JU-390 would have also been used in other logistical roles for the German war effort. These included the strategic bombing of course but also patrol and reconnaissance duties as well as long-range transportation of men, equipment, and supplies.

Only two prototypes were ever completed, the V1 and V2 and was quickly dubbed the "New York Bomber".

The development of this mighty aircraft made the concept of transatlantic bombing a distinct theoretical possibility. Thankfully for the U.S., it was to ultimately become yet another failed proposal in Germany's "Amerika Bomber" series of projects.

At the time of the Junker JU-390 development, the philosophy of the German high command was to concentrate on medium bombers and fighter-bomber hybrids. Partly because of this the full potential for the plane was never really appreciated.

The JU-390 was, in effect, just a slight 'upgrade' of the JU-290 airframe with bigger wings (50 m wingspan) and a couple of extra engines. This might also have contributed to the project's failure. Compared to its predecessor, the JU-390 also had a lengthened fuselage of 112 feet (34 m) to assist with its long-range capabilities.

The aircraft's defensive capabilities were also beefed up. Each JU-390 would come equipped with a pair of 13mm machine guns in the ventral gondola as well as 2 13mm machine guns on her beam, or waist, gun positions.

The Junkers JU-390 would also have been equipped with a pair of 20mm cannons in a dorsal turret and single cannon on the tail. All of this hardware was to be manned by a crew of ten. These were spread between the flight crew and dedicated gunners.

No records exist about the intended bomb payload.

The Junkers JU-390 V1's first recorded flight was on the 20th October 1943. This test flight was rather promising for the future of the project. Her sister, the V2, was also test flown the same month. Testing of both aircraft is thought to have continued into 1944 when the project was officially canceled.

Initially, an order for 26 of these mighty bombers was submitted but the cancellation of the project would never see this aircraft used in battle. During June of 1944 resources were becoming very stretched for the Wehrmacht meaning any and all non-essential resources were to be focused on more pressing projects.

The Empire of Japan was also given permission to take on local production of the JU-390 in 1944. However, none were completed by the time of the end of the war in 1945.

At this point in the war, Germany was on a defensive footing. The need for the long-range offensive bomber was far from a priority. In 1945 the Junkers-390 was officially stricken from the Luftwaffe's lists. The V1 prototype was destroyed on the ground as Allied forces were moving closer to the development facility.

The V2 was later captured by the Allies but her propellers had been removed to disable it.

Did the JU-390 make it across the Atlantic?

The most interesting part about the JU-390 is that it may have actually been test-flown across the Atlantic. 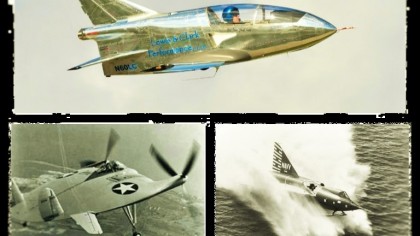 The 'legend' goes that one of the prototypes, probably the V2, made it safely into American airspace and returned home without being detected.

The flight is supposed to have taken place between Mont-de-Marsan to a point around 20km from New York, and back. This, however, is hotly debated. However, some tantalizing evidence points to a potential sighting in 1944.

Both prototypes were probably capable of making the round trip but to do so undetected is probably highly dubious. Also, the recorded range of these planes is not quite far enough to make a round trip. From Mont-de-Marsan to New York is about 5865 km, well over half the distance of its maximum range.

Despite two prototypes being built and tested the project would ultimately be terminated during the final stages of WW2. If the aircraft's potential had been realized by high command earlier, the tides of war could have run out very differently. Could you picture swarms of Junkers JU-390's assaulting and flattening American coastal cities like the blitz of London? What about if Germany had also completed its nuclear fission project? Probably best not to.