Kai Kloepfer was a sophomore in high school when he made a fingerprint-enabled smart gun for his science fair project. His invention is aimed at stopping 21,000 firearm suicides that take place every year, as well as the thousands of deaths from gun violence.

Kai’s smart gun is designed to prevent accidental shootings, thefts, suicides, and wrongful use. When the user grips the gun normally, it reads the fingerprint and compares it against a list of users that is stored inside the gun. If it matches, the gun is ready for fire, otherwise, it remains locked and secured. The only person that can access or modify the allowed users is the owner. They have full control to add/remove users or sell the gun. 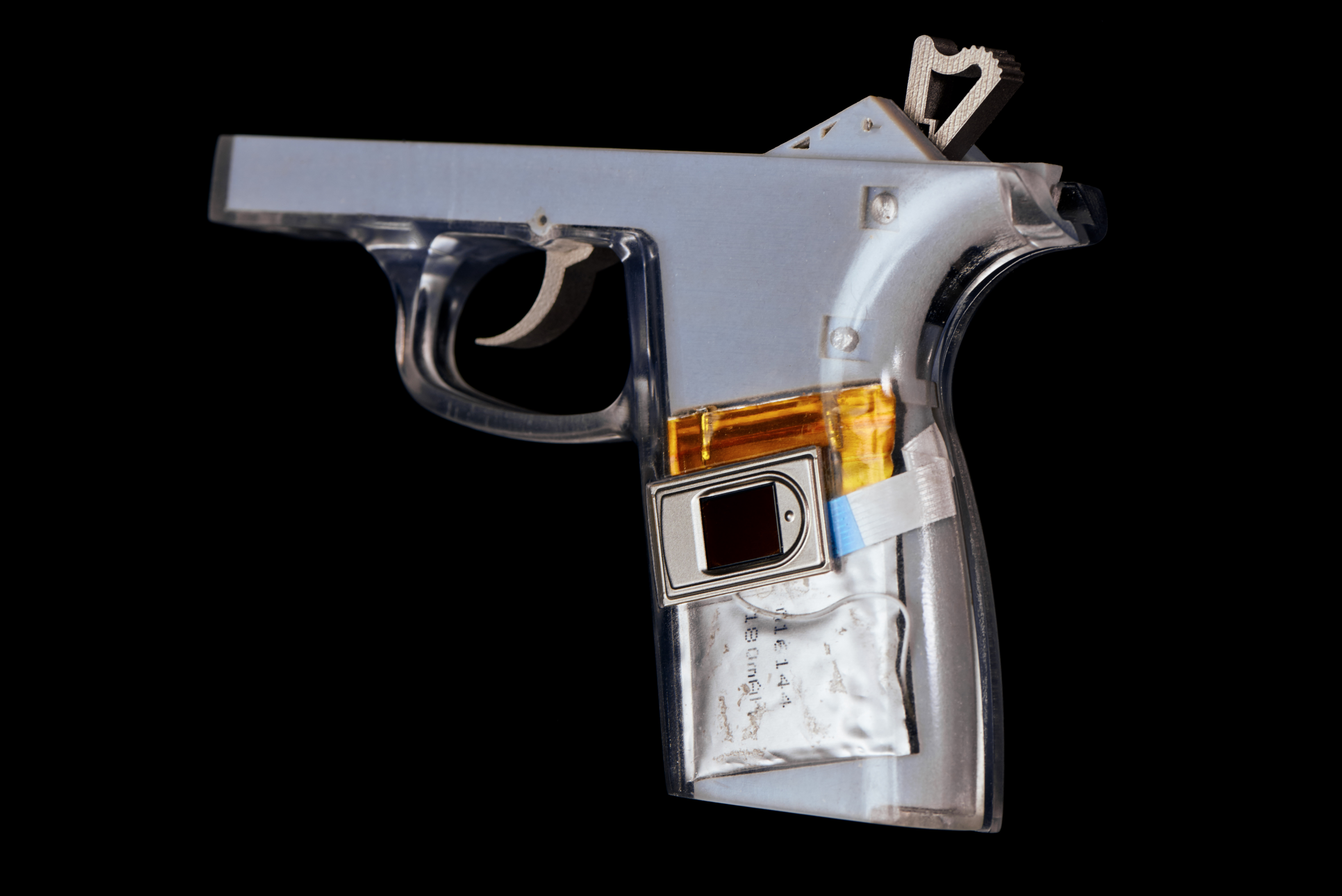 The fingerprint sensor itself employs military-grade encryption with a key unique to that firearm to ensure the highest possible degree of certainty. Thus the owner and their designees are the only people who can use the gun. The current proof-of-concept prototype, is built from 3D printed plastic and incapable of firing. 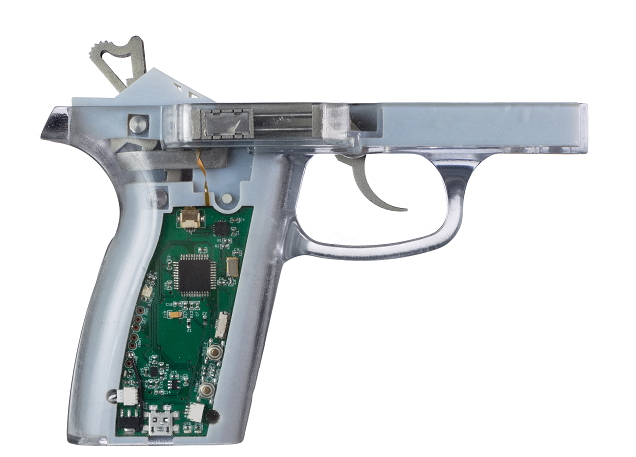 Development of a far more advanced alpha prototype on a live firearm is in progress.  The young inventor, told his story on TED Talk and Kai also ran a GoFundMe campaign to crowdsource the funds needed to finish his final prototype. 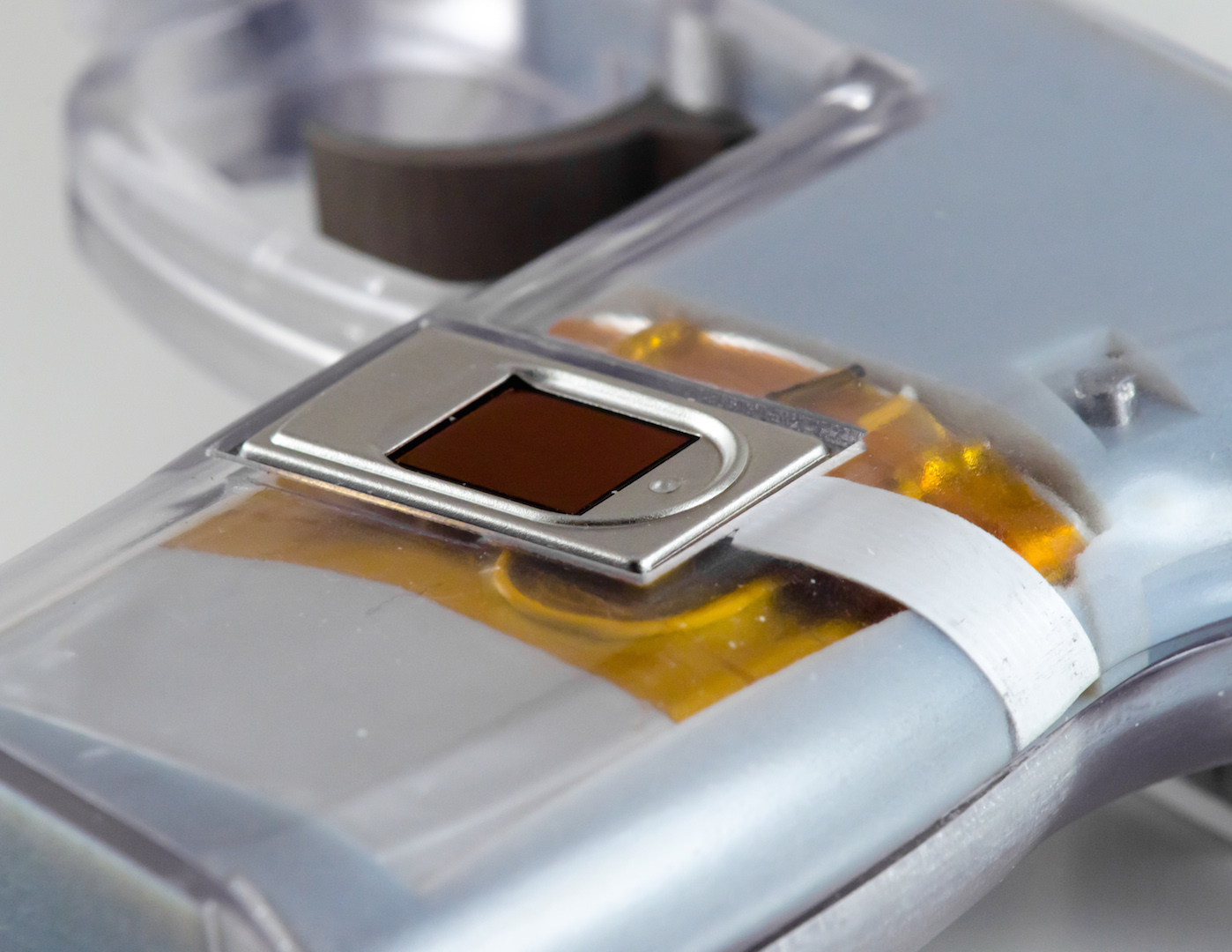 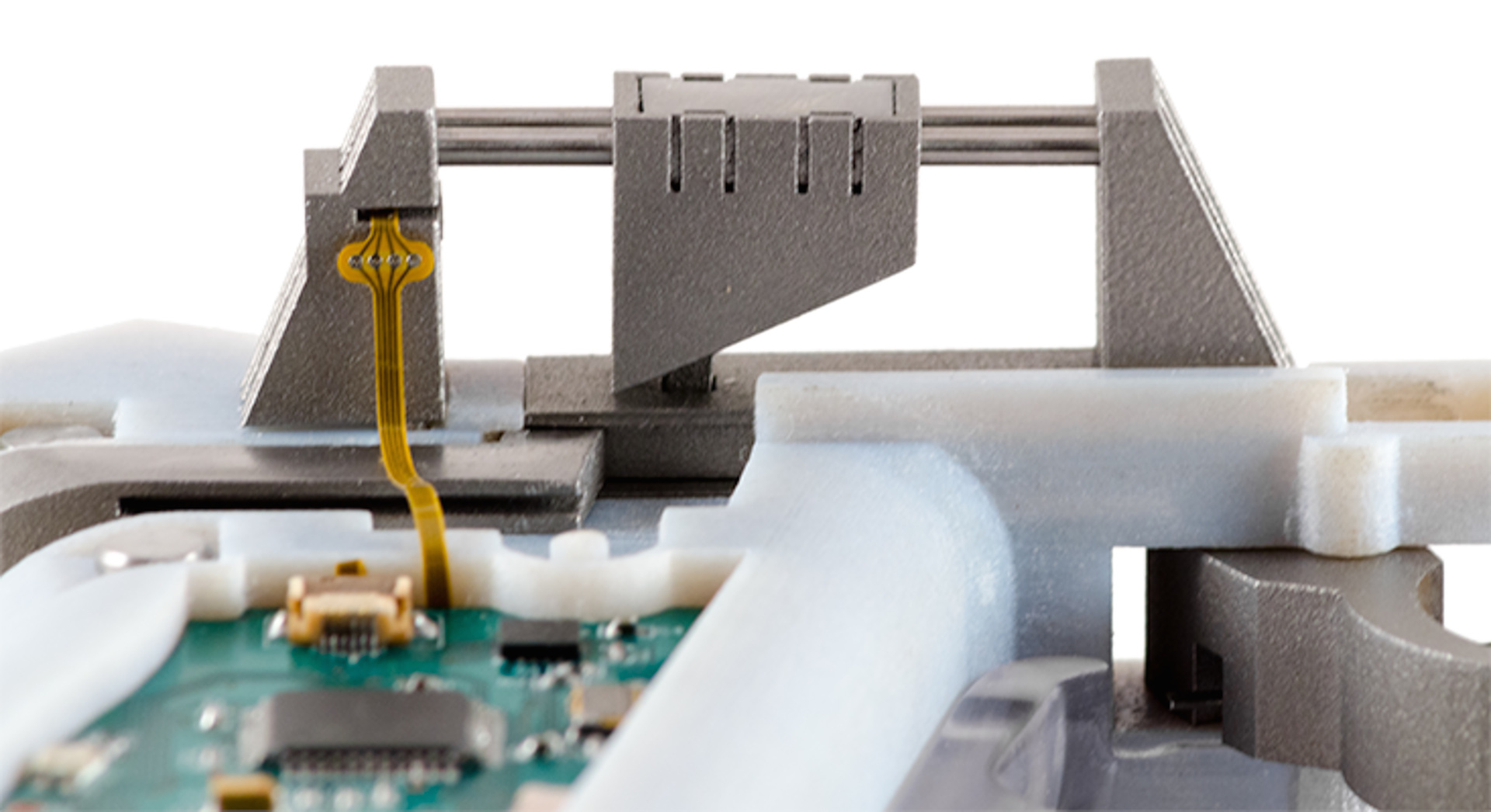 Each smart gun can register as many users as you desire. You have full control over who is allowed to use the firearm and can even sell the firearm to a new owner, removing all of the existing fingerprints. 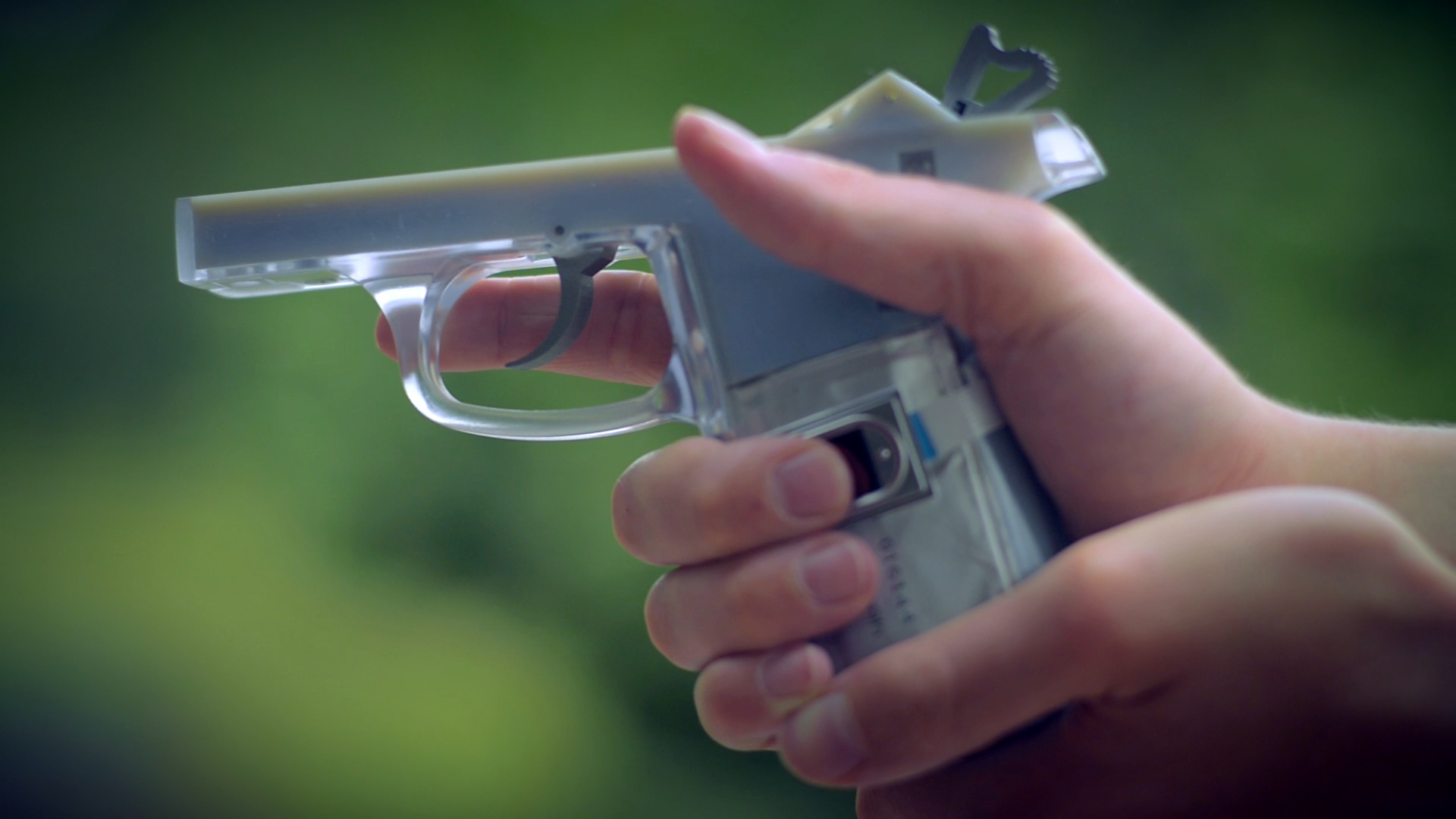 Currently, the smart gun boasts 99.99 % accuracy in identifying users, with a false rejection rate of less than 2%. It means that no one other than you will be able to use your firearm. 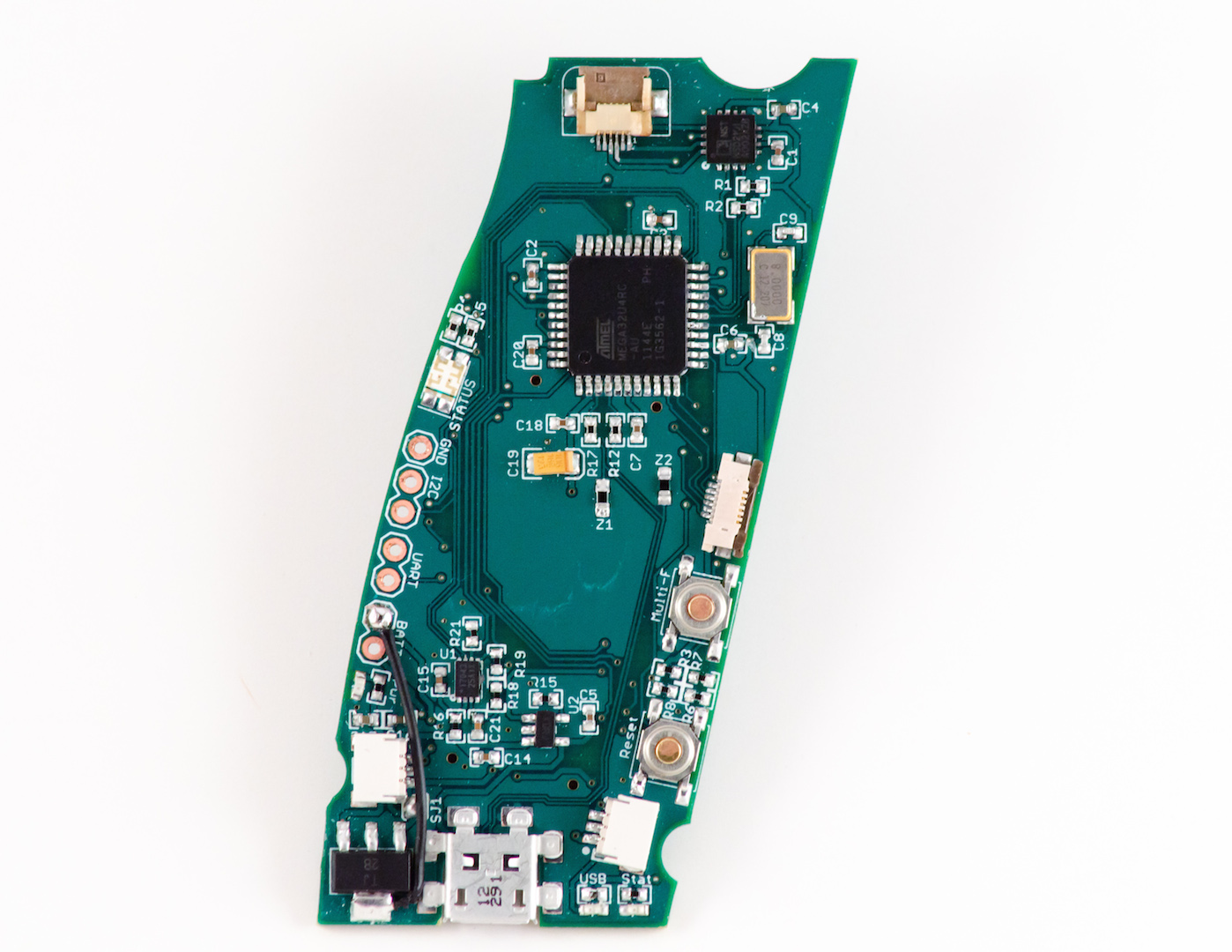 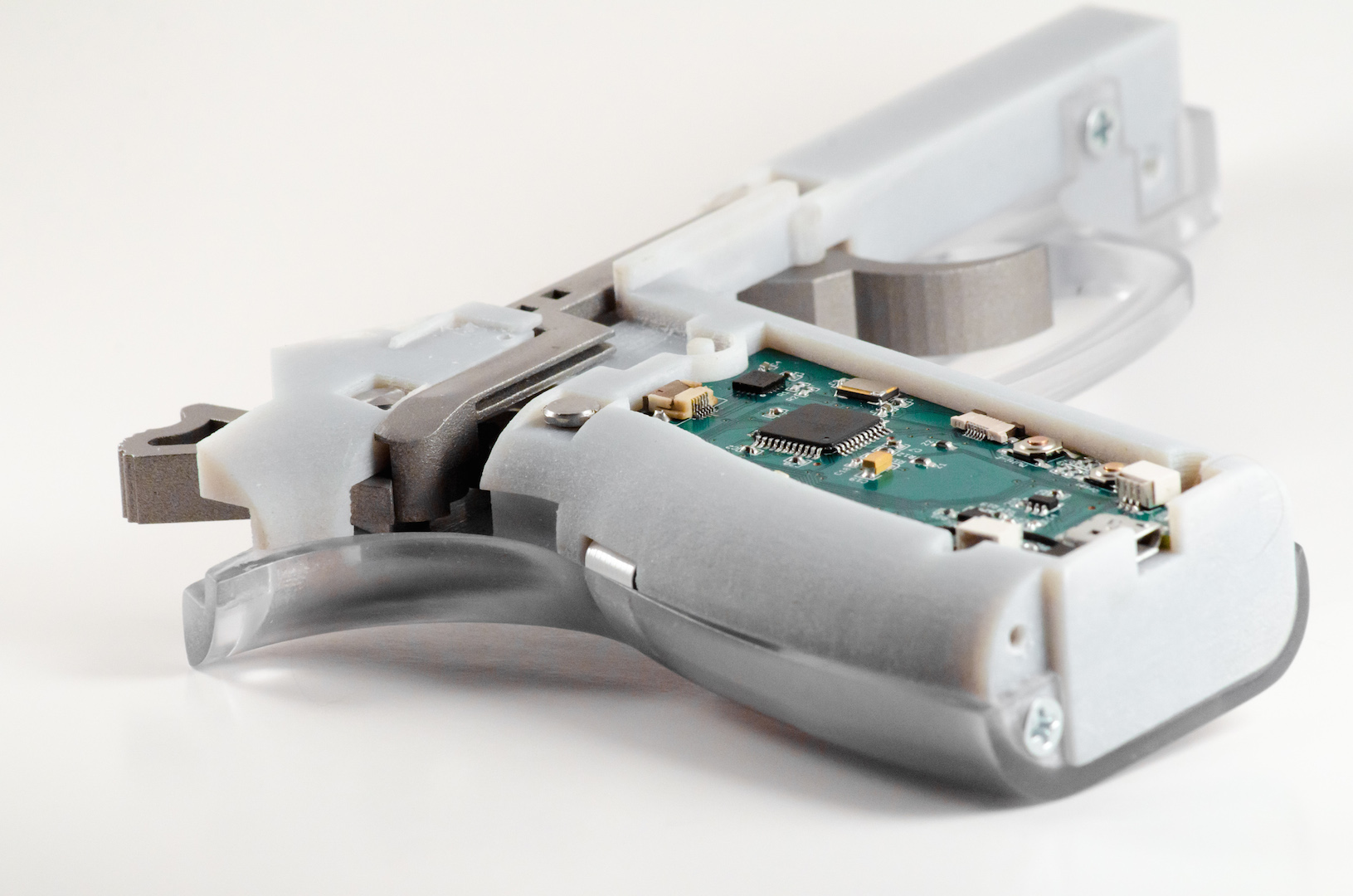 The final design will unlock in less than 1 second and will lock even faster. This means your firearm is always available to use and can never be used by an assailant, even if they disarm you.

The current prototype lasts around a year on a single charge. It notifies you long before running out of battery and can easily be recharged from any cell-phone charger in an hour or less.

How could this prevent suicides?

Kai explains his reason to invent the Smart Gun in this words:

"Suicide is the second leading cause of death among 15-24 year olds in the US. The CDC estimates that there are almost a million suicide attempts every year. While there are many different methods that people use to commit suicide, guns are unique in that they tend to be unequivocally fatal. For every successful suicide attempt, there are 24 unsuccessful ones. When people have access to firearms, there is a significantly increased risk of suicide and most attempts are fatal." 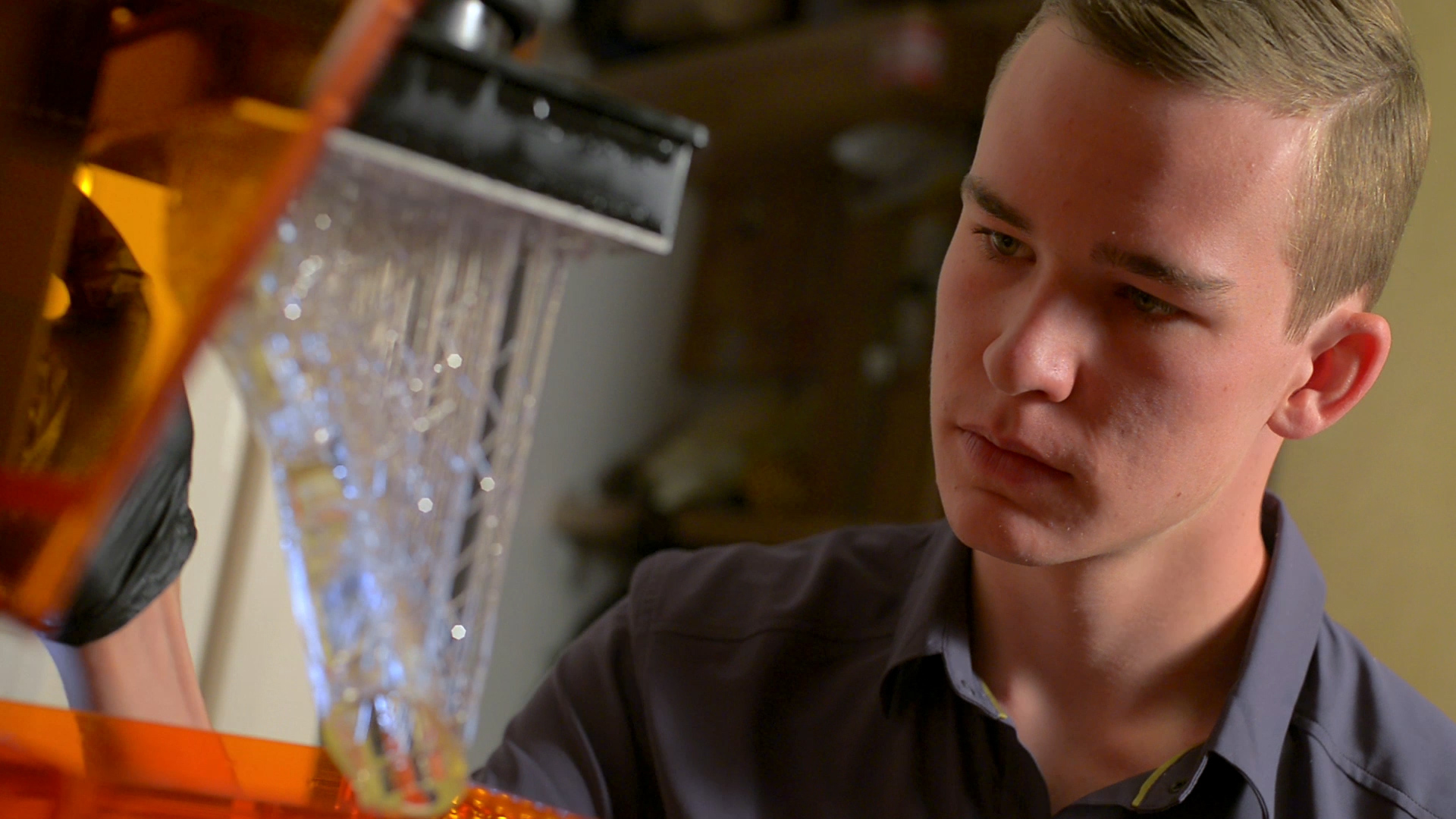 Kai Kloepfer is also the founder of Biofire Technologies, a startup company that is developing and ultimately selling smarter firearms. 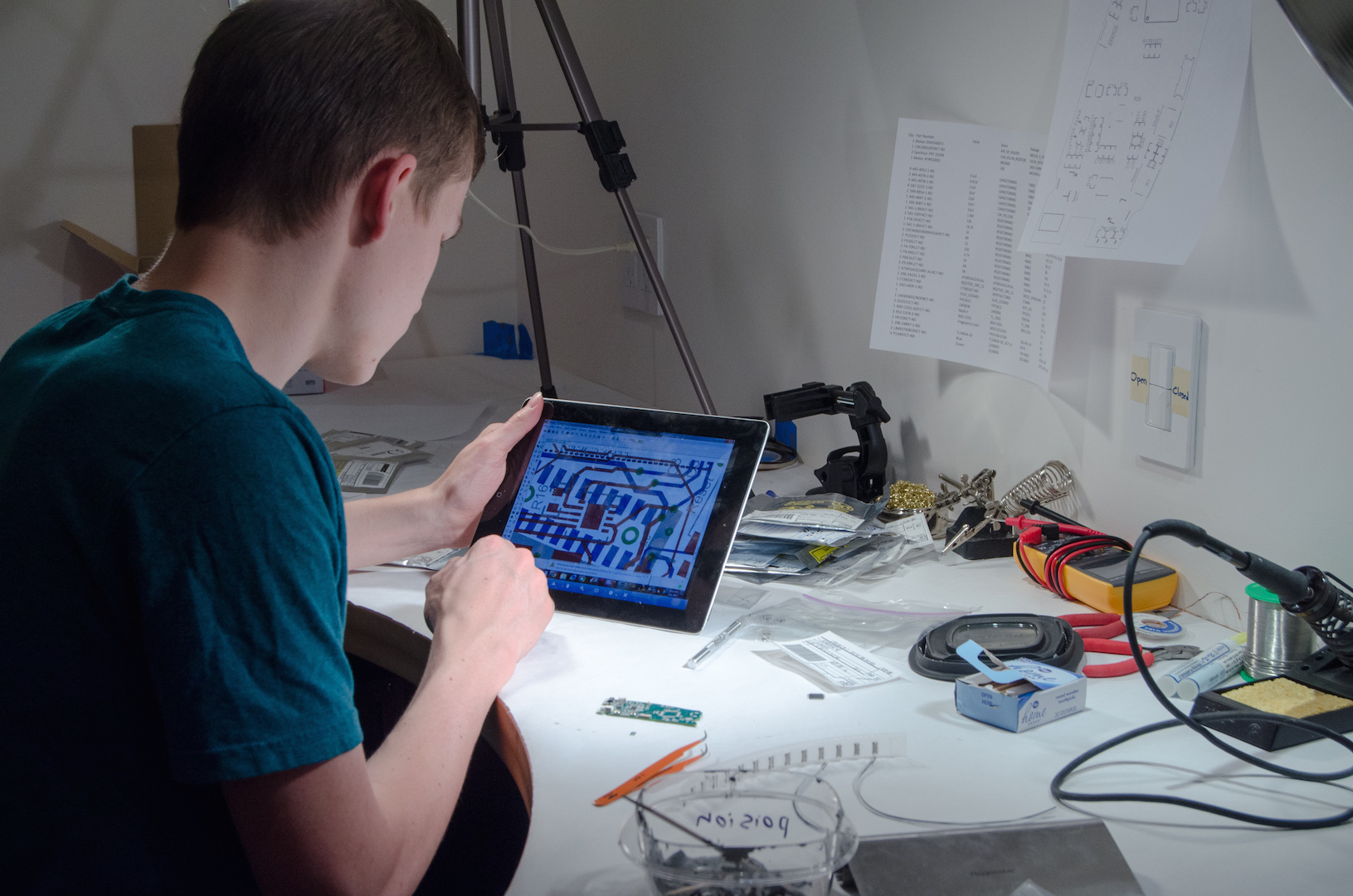 Aiming to reduce the thousands of deaths from gun violence and misuse of firearms, he has worked for over three years to develop a biometrically-activated firearm that functions with the owner’s fingerprint. 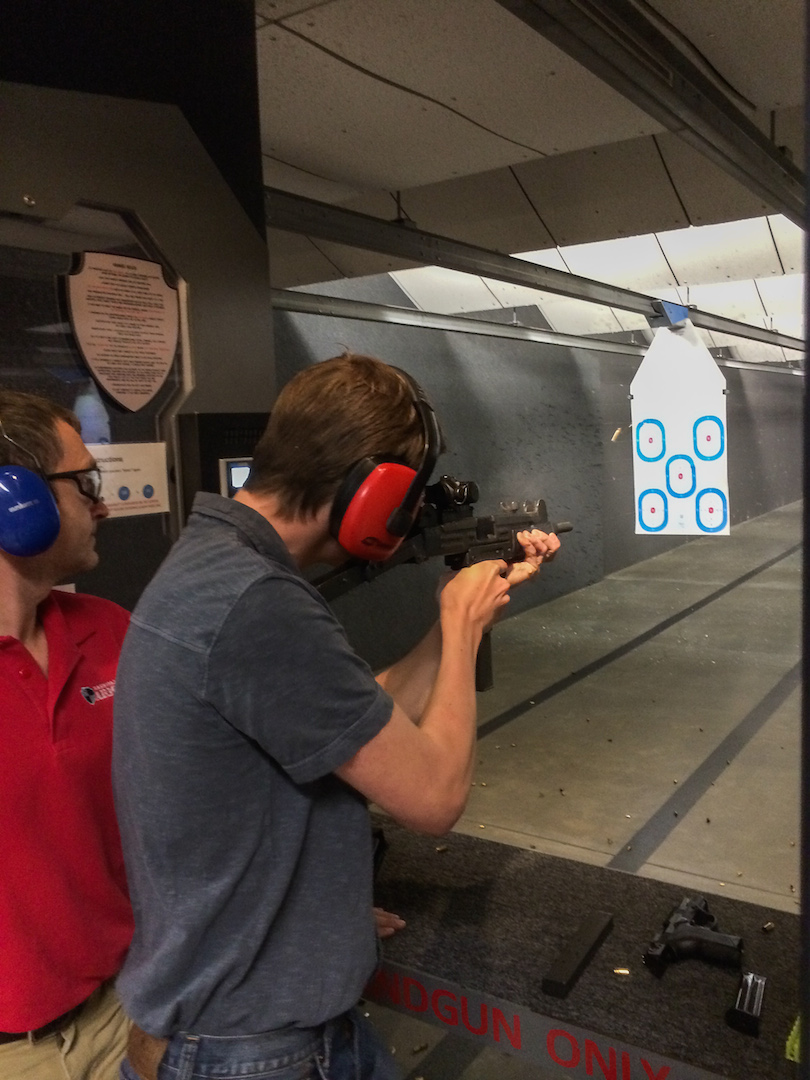 He has received international awards and recognition for his work, including articles in the New York Times and Forbes as well as a viral video with over 30M views online. 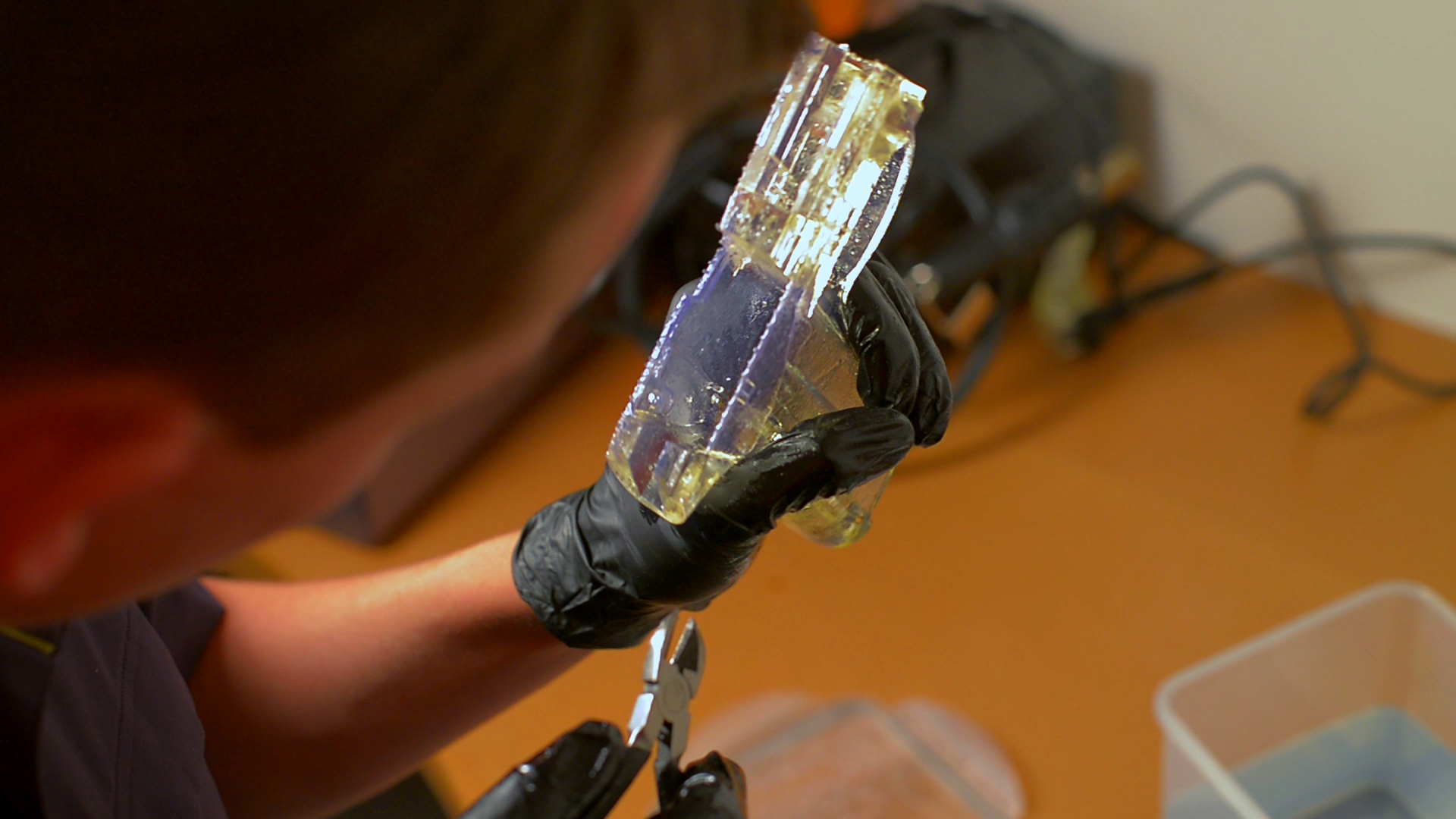 He continues to tirelessly pursue his dream of a world free from gun violence and is an undergraduate at MIT.