Karen Uhlenbeck, a Mathematician at the University of Texas at Austin, has become the first woman to ever win the prestigious Abel Prize for Mathematics, considered by some equal to the Nobel Prize.

Karen Uhlenbeck has become the first woman ever to win the Abel Prize, regarded by some as the “Nobel Prize of Mathematics.”

Mathematician Karen Uhlenbeck, a professor emeritus at the University of Texas, Austin, has broken new ground by becoming the first woman to win the prestigious Abel Prize, considered by many to be the Mathematics equivalent to the Nobel Prize. The prize includes an award of 6 million Norwegian kroner, which is equal to around $700,000.

She received the award for her work in the fields of gauge theory and her pioneering work in geometric analysis, with her contributions said to have had a major impact in areas of both mathematics and physics.

Some of her most notable work has been in describing the mathematics behind a special form of complex shapes, the most everyday example of which being the soap bubbles that cling together in a soapy film in order to minimize surface tension. These shapes are tied to a classification of problems known as optimization problems and prove to be incredibly difficult to solve, even as they are some of the most important problems that need solving.

Her work also includes the mathematical basis for techniques now widely used by mathematicians and physicists in theoretical physics exploring the relationships between particles and different quantum forces.

Ultimately, her work laid the foundation for one of the major events in the last century of physics, the unification of the electromagnetic force and the weak nuclear force, two of the four fundamental forces in the Universe.

“The holy grail in physics has always been unification of forces,” said Jim Al-Khalili of the University of Surrey, UK. “She has made a big contribution to the mathematics that allowed us to progress some considerable way along this path.”

"I can't think of anyone who deserves it more," said former colleague and close friend of Uhlenbeck, Penny Smith, a mathematician at Lehigh University in Pennsylvania. "She really is not just brilliant but creatively brilliant, amazingly creatively brilliant."

Groundbreaking Work Promoting Diversity Just as Important as the Math

As a woman doing groundbreaking work in Mathematics since the 1970s, Uhlenbeck has made it a point to ensure that she encourages and mentors women entering into a field. 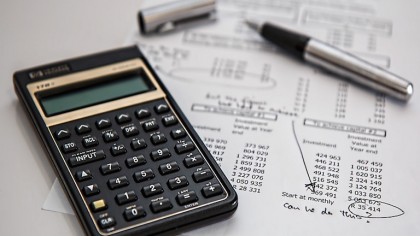 In 1994, Uhlenbeck helped found the Program for Women and Mathematics at Princeton University and the Institute for Advanced Study, which offers women around the country an intensive summer program in undergraduate-level mathematics and beyond.

“I am aware of the fact that I am a role model for young women in mathematics,” Ulenbeck said in a statement by Princeton University, where she is a visiting scholar. “It’s hard to be a role model, however, because what you really need to do is show students how imperfect people can be and still succeed.”

“I may be a wonderful mathematician and famous because of it, but I’m also very human,” she added.