Kickr, Inc. is a startup company from the Greater Chicago Area introducing a new way to experience electric longboarding. Their invention, dubbed "Kickr," exploits a patent-pending drivetrain mounting method that makes it possible to electrify virtually any longboard/skateboard. In doing so, they made a system that will do the kicking for you well up to 20mph, for 6+ miles, and with a power-to-weight ratio comparable to entry-level sport motorcycles. 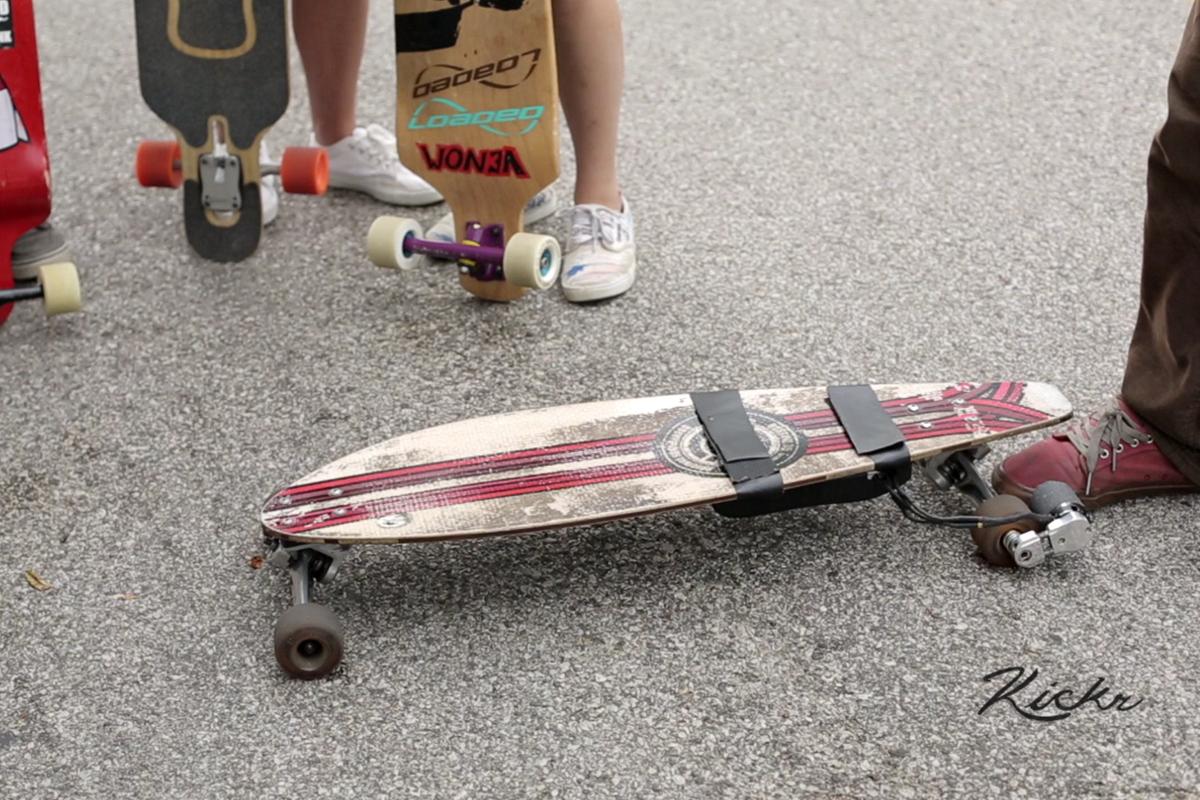 #NoKicking or kicking, it's the rider’s choice.
On their Kickstarter page, Kickr claims their invention to be "the most innovative way to enjoy the thrill of speed on a longboard... it will do some extreme kicking for you, on-demand." Kickr's goal was to maintain rider's freedom in choosing the core building blocks they prefer, which is fundamental to the quality and handling of the riding experience. 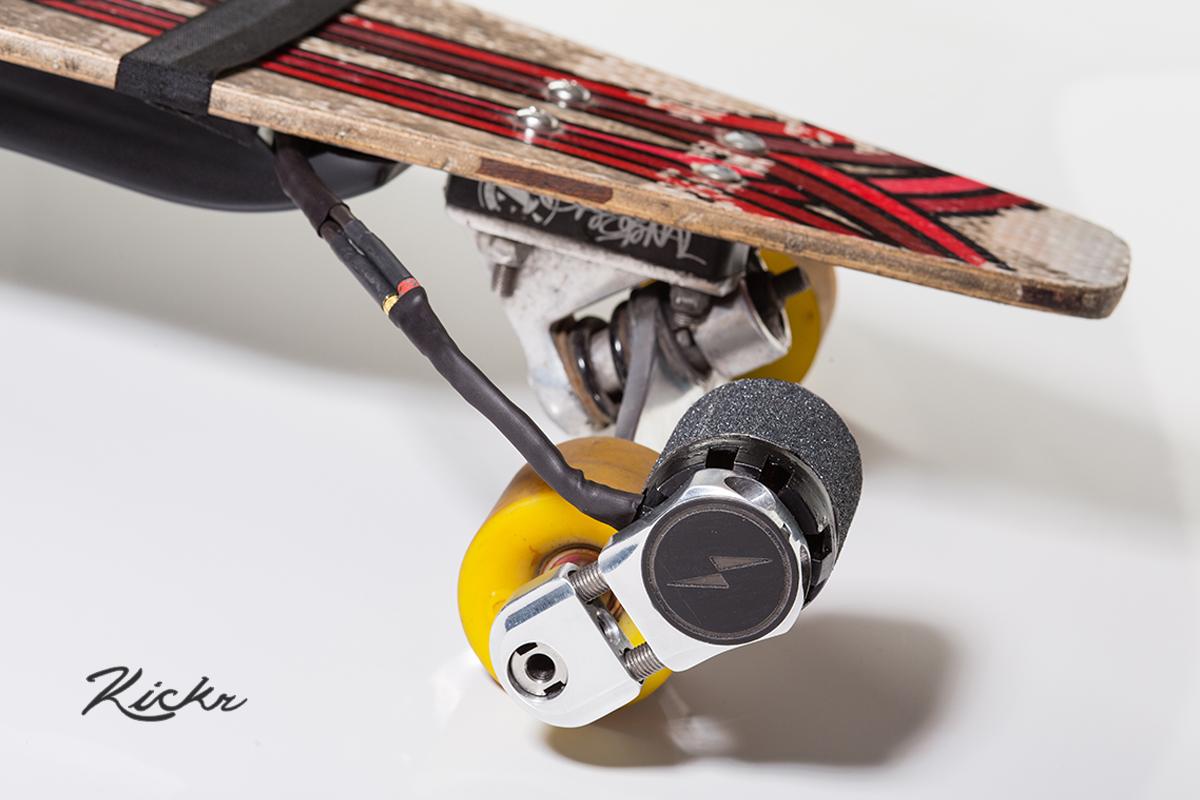 Kickr, Inc. also claims that "many riders would love the excitement of electrification but would sometimes prefer the option of skating without the added bulk and cost of a built-in electric drivetrain." Kickr ($399) is probably the most accessible and practical electric longboard offering yet; competitor’s complete e-board offerings range from $600 to $1500 with much less flexibility.

In short, Kickr will add less than 5 pounds to a longboard with one small sacrifice: removing a wheel nut. If you thought that Kickr couldn’t be any more flexible, it turns out that if a rider wants to do some conventional downhill riding without the extra weight of the drivetrain, he can always remove Kickr in less than a minute and put it in a backpack.

Kickr can be obtained from their Kickstarter campaign starting today. The plethora of riders who already own a $150-300 longboard might have to postpone their next game console purchase.