Scientists have unlocked secrets of the koala genome and will use the information to develop a vaccine for the deadly chlamydia virus.

Possibly Australia’s cutest animal, the Koala is under threat from deforestation, an increase in car numbers and more urgently a fast-spreading sexually transmitted disease. Chlamydia is rampant among some koala populations and has devasted the animals leaving many blind and infertile.

But scientists have made breakthroughs in finding a vaccine for the disease thanks to research into the koala DNA. Researchers have unlocked the secret as to how koalas can survive on a diet of solely eucalyptus leaves.

Eucalyptus leaves poisonous to other species

The tough leaves are poisonous to most other animals and contain very little nutrition. However, it seems that genes inside koala livers allow them to detoxify the leaves and extract their benefits. 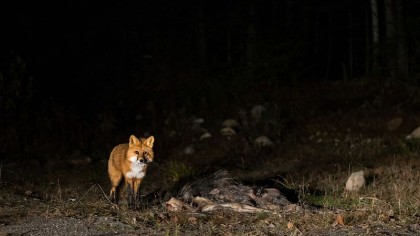 Koala DNA also gives them a powerful sense of smell which they use to sniff out the leaves that contain the most amount of water. The clever koalas only bother snacking on those leaves which contain at least 55% water content.

The research is just the first step in a five-year gene project that is hoped will result in the development of a vaccine against chlamydia. The sexually transmitted disease is found in the vast majority of the species.

Aside from causing blindness and infertility, the deadly disease can result in a condition known as ‘dirty tail’. Animals with the condition suffer from a painful urinary tract infection that can cause a slow and painful death.

DNA research will help get to vaccination

Researchers have tested various vaccines in the past, but say the new DNA information will help speed up the development of a koala specific vaccine. "The genome absolutely brings a vaccine closer," lead author Prof Rebecca Johnson from the Australian Museum Research Institute told BBC News.

"It's really critical information to continue the development of a chlamydial vaccine. If you think about the advances that have been made in human medicine following the sequencing of the genome, we're at the point in humans where you can sequence an individual and tailor-make the medicine based on their genome. That's now the position we are in for koalas, having all that information at our fingertips."

Experts believe there are around 329,000 koalas alive in Australia today, which is only a tiny percentage of the population that thrived in Australia during the 19th century.

Koala fur was in high demand between 1870 and the late 1920s, which saw the death of millions of the creatures. They are now classified as vulnerable by the Australian government and it is illegal to kill them.

Aside from the STI, the future of koala populations is threatened by urban sprawl which causes large areas of woodland to be cleared for housing and increased roadways which increase the number of fatalities by cars.

Koalas sleep for up to 19 hours a day, with the remaining hours dedicating to eating, fighting, and sex. They spend just four minutes a day traveling.

How the Next Solar Storm Could Wipe Out the Earth's Internet