The Koch Brothers: A major threat to clean energy 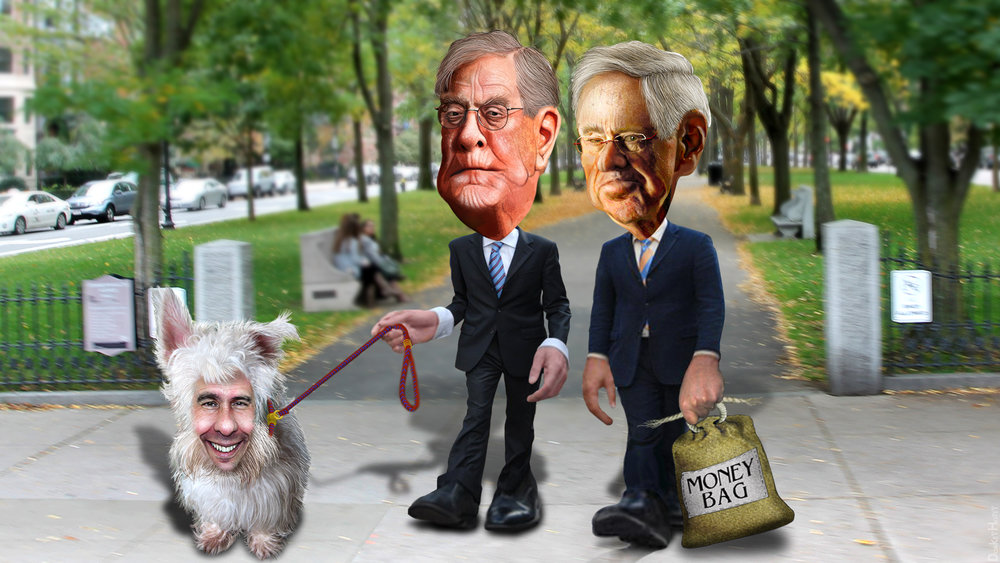 Solar power in the US, and across the world in general, is at its height and is almost at the point of breaking through into the mainstream. However, there is a problem. The global renewable energy sector is being vociferously resisted by major fossil fuel interests, and in America, the infamous Koch Brothers are at the top of the list of organisations trying to destroy it. Solar in particular has taken a bashing from the Kochs, especially in states like Florida, according to Tim Dickinson writing in Rolling Stone Magazine.

Renewable energy in America has really taken off since President Obama first took office, the price of solar panels in particular fell in price by more than 80 percent since his inauguration. This has moved renewable energy into a space where it is almost able to compete with fossil fuels without help from subsidies.

Yet in the background, the Koch Brothers have been conducting a really nasty dirty war against clean energy, particularly through the provision of funding for front groups like the American Legislative Exchange Council (ALEC) which has been pushing for rate hikes and exorbitant fees for homeowners choosing to install solar power. In states like Arizona and Nevada, this has certainly had a major effect, but even that is nothing compared to what has been going in Florida, where fossil fuel interests command supreme. This is particularly galling given that the Sunshine State has the best solar irradiation levels in the eastern United States with the third-best rooftop potential in the entire country. However, it occupies a lowly 16th place in American renewable energy ranking, way behind western American solar giants like California and even trailing behind northern states like New Jersey, Massachusetts and New York.

The enemy in Florida consists of investor-owned utilities (IOUs) earning huge profits from natural gas and coal. These companies have mega political power in the state and have also invested hugely in infrastructure, the result being soaring power bills for consumers. However, distributed generation, particularly renewable energy, is now starting to threaten the traditional utility business model. Utilities build fewer plants and investors’ profits suffer as consumers with solar panels on their roofs use less power from the grid, being able to generate it themselves. Net metering laws mean that the utilities also have to pay for solar power generated by householders. In Florida, the profits from power are driven forward by all those air conditioners during the summer which account for the second highest source of power consumption in America. An average Florida household will spend $1,900 per year on electricity, 40 percent greater than the national average.

The power generation in Florida is largely driven by fossil fuels – 61 percent from natural gas and 23 percent from coal. Less than 1 percent comes from solar. Why is this? 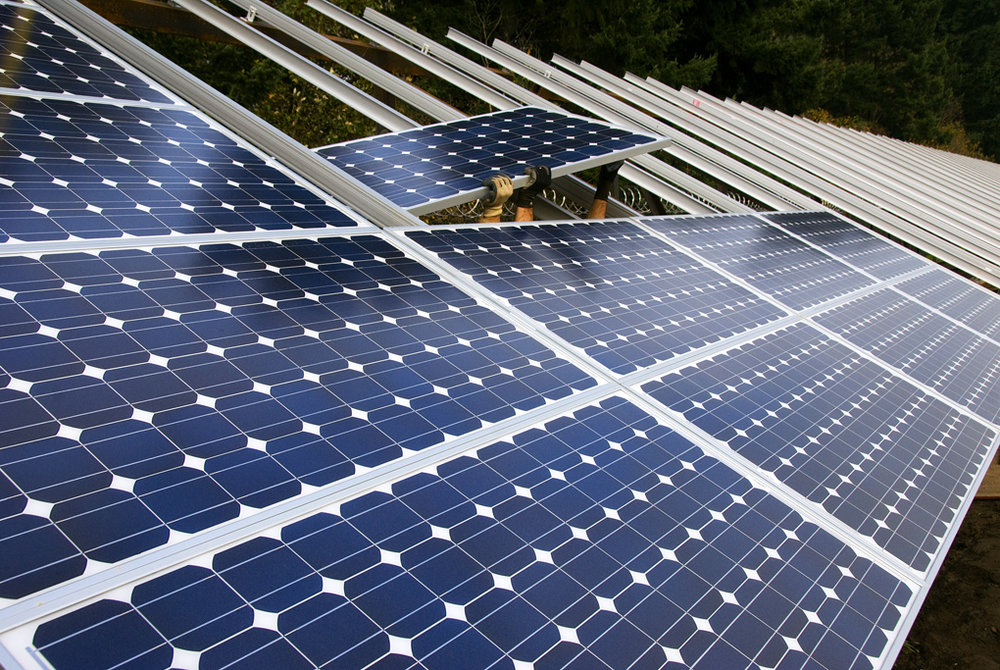 Elsewhere in the US, key policies have driven renewable energy generation relentlessly forward, but in Florida those policies don’t apply and some of them are actually illegal. Not only does Florida not have a mandate to generate power from renewables, it also has a restrictive utility law that forbids anyone but the utilities buying and selling electricity. So, landlords can’t sell power to tenants, solar leasing programs are illegal, rooftop solar is the sole preserve of those who can easily afford the upfront capital expenditure – less than 9,000 homes across the state. It was even recently reported that State Governor Scott has banned state officials from using the terms “global warming” and “climate change”.

The utilities have enormous influence and power within the Florida legislature. The Power Service Commission (PSC) is the department that regulates power in the state. Recently it scaled down Florida’s energy efficiency mandates and has terminated a rebate program supporting private purchase of solar panels while also supporting hydraulic fracturing (‘fracking’). In order to try and gain some ground for renewables in the state, the Southern Alliance for Clean Energy (SACE) tried to push forward a ‘Solar Choice’ amendment during the 2016 election. The utilities fought back, financing a “Smart Solar” amendment which, far from supporting solar, actually locked existing legislation into the state constitution. However, this also received support from conservative pressure groups funded by fossil fuel interests. 60 Plus was one of them, a group that has received $15 million from the Koch donor network. Another was the National Black Chamber of Commerce (NBCC) which is funded by major oil companies including Exxon and also received money from Koch Industries towards the cost of its convention. The money ploughed into the campaign enabled the utilities to crush the Solar Choice amendment, and that was the end of that.

In their fight against renewable energy, the utilities are starting to draw upon an approach formulated by ALEC. The argument goes that those installing solar energy are ‘freeloading’ on those who can’t afford to do so. They rely on the grid when the sun isn’t shining but don’t pay their fair share because they get money back from selling excess energy to the grid. ALEC, in essence, is falsely portraying itself as a ‘friend’ to the poor. 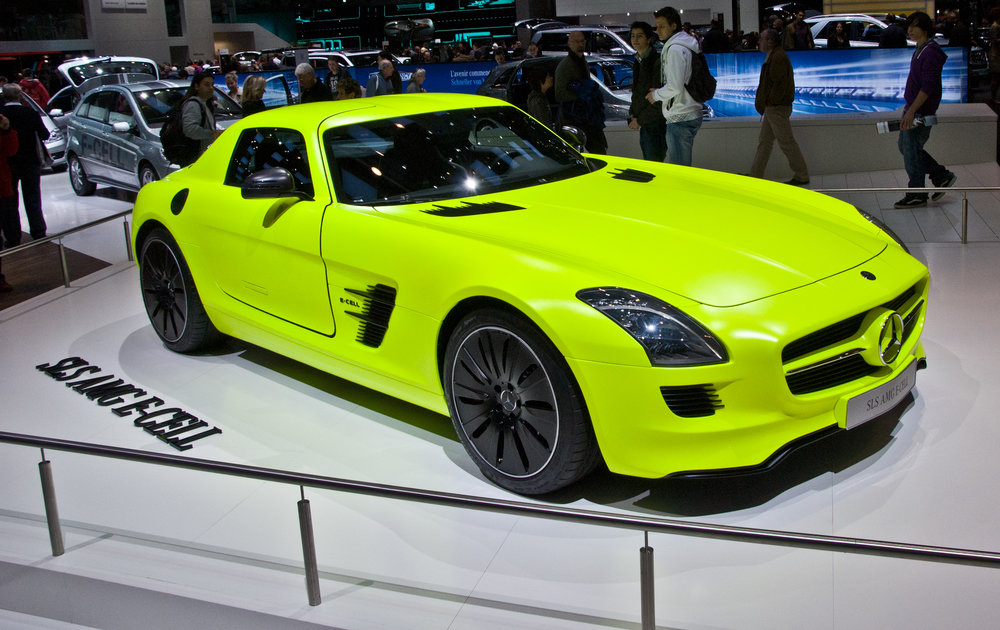 The Kochs are planning to move against electric vehicles (EVs) next [Image Source: Cedric Ramirez, Flickr]

However, ALEC isn’t the only Koch-funded group active in Florida. The more well-known Americans for Prosperity (AFP Florida) has been trying to defeat efforts by Floridans for Solar Choice to amend the state constitution in favor of renewables arguing that this would lead to reduced competition and higher electricity bills.

ALEC is also active in Arizona where a major utility and various donors with ties to the Koch have invested millions of dollars in an attempt to persuade state regulators to impose a monthly fee of $50 to $100 on net metering customers. The Kochs also funded two business groups in Arizona that were active in this campaign with support from Republican consultant Sean Noble and former Arizona House Speaker Kirk Adams, both of whom helped to set up the Kochs network of non-profit groups.

In Kansas, the Koch brothers' home state, AFP Kansas has been trying to destroy the state’s renewable standards portfolio, first passed in 2009. Something of this nature has already happened in Ohio where the state government backpedalled from its renewable energy standards in June 2014. This was initiated by a bill signed by Governor John Kasich which effectively froze the standards for two years. SB 310 was pushed forward by AFP and ALEC.

SEE ALSO: Can wind and solar displace coal? Yes it can - easily

So far solar has been one of the major battlegrounds, but the Koch brothers are now starting to turn their attention to electric vehicles (EVs). It has recently came out that they are actively trying to undermine central government support for green motoring, having already partly funded a new front group aiming to kill off government incentives for EVs. This group apparently has a budget of $10 million that it will use to try to kill off electric cars in the US, according to a report in The Huffington Post. The news was leaked by a number of sources in the refining industry and it seems that James Mahoney, a member of the Koch Industries Board, is working alongside former Washington energy lobbyist Charlie Drevna to fund and launch the group.

Nothing more is known about the group, but it should spring into the limelight sometime this year, probably in the spring or summer. The thing is though, electric vehicles are not going to be so easy a target as state solar. Why? Well for a start, all the major car manufacturers are starting to produce new EV models. Secondly, greater range and the expansion of public charging infrastructure means that they are becoming more popular.

The Koch brother’s propensity for fossil-fuel driven evil might be about to suffer a major defeat. If that’s the case, it will be fun to watch.