By 2021 you could be feasting on meat grown from the cells of animals. Memphis Meats wants to rewire the meat industry.

The amount of meat that humans consume globally has rapidly skyrocketed over the decades pushing the production of meat to an all-time high. According to the Worldwatch Institute, meat production has tripled over the last four decades, increasing by 20 percent in just the last 10 years. Pork is the leading consumed meat across the globe followed by poultry. 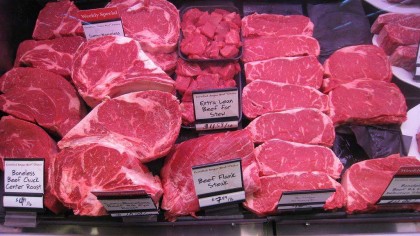 With the rise of the consumption and the production of meat, there have been a series of controversies surrounded by the meat industry causing people to completely switch their diets.

With their lab-created meat, Memphis Meats hopes to change the meat industry and the way you consume some of your favorite foods.

With the goal of creating "a world without slaughter", Memphis Meats wants to create a better way to feed a hungry world. Though their products will probably not enter the market until 2021, there is a lot of buzz surrounding the company and their ambitious goal. As stated by the CEO, Uma Valeti, "We are going to bring meat to the plate in a more sustainable, affordable and delicious way The world loves to eat meat, and it is core to many of our cultures and traditions. Meat demand is growing rapidly around the world. We want the world to keep eating what it loves."

For funding, the Silicon Valley-based company has attracted a wide range of prestigious investors including Bill Gates, Richard Branson, Cargill, and Jack Welch to name a few.

The clean meat company has already produced beef, chicken, and duck directly from animal cells. The Memphis Meats your plate will be far better for the environment, requiring up to 90% fewer greenhouse gas emissions, land, and water than the meat you have at your local grocery store today. The meat is created by combining self-producing cells in tanks or bioreactors with oxygen, sugar, and other nutrients.

Who else remembers the meatball that started it all? Hard to believe that was less than two years ago! ? #meatball #meat #food #foodpics #foodie #memphismeats #cleanmeat #yummy #delicious #spaghetti #pasta #sauce

You are probably curious about the taste. Though a lucky few have had the chance to taste the meat, some are saying you cannot tell the difference, while others are saying the lab created meat is even better.

The coming future should be interesting as Memphis Meats is not the only company looking to up-end the meat industry. The food company, Impossible Foods, has created a plant-based burger that smells and tasted just like a burger.

Curious how clean meat is made? Watch and share this video to learn! pic.twitter.com/EY1umEew7o

Would you eat cell created meat? In short, it probably all comes down to taste.