A medical emergency has recently forced a Turkish Airlines A330 to circle for 7 hours in order to land safely.

A Turkish A330-300 recently had to circle for 7 hours because it lacked a fuel-dumping system.  In the following article, we'll take a quick look at what happened and explore what fuel dumping actually is.

What is fuel dumping?

Fuel dumping is the general term given to procedure whereby an aircraft "dumps" fuel mid-flight before landing. It usually occurs when the aircraft is forced to land at a location short of its intended destination on take-off. 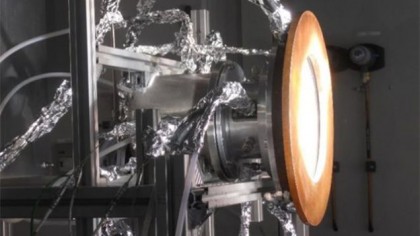 Intercontinental jets usually have some form of fuel dumping system installed. These systems are basically valves on the wingtips of aircraft that allow excess fuel to be pumped out and vaporized.

With a fuel dumping system, the pilots can reduce the plane's weight below the landing weight threshold in order to make a safe landing. Planes that do not come equipped with this kind of system usually have a special form of certification that allows for overweight landings, but not always.

The FAA set very strict requirements for when and how this practice is permissible. Their guidance makes it very clear that fuel dumping can only occur at a minimum altitude of 610 meters or 2,000 feet. This is to ensure that the fuel evaporates. It must also occur at least 8 kilometers from other air traffic.

Air traffic controllers are also instructed to direct planes that need to do this away from populated areas and over as large a body of water as possible. These same guidelines are also applicable to military aircraft. Most airbases also only permit dumping in specified areas.

A Turkish Airlines plane on a flight between Istanbul and Montreal was forced to circle before landing. But why?

An official statement by Turkish Airlines points to a medical emergency being the cause for the aborted flight.

"A 16-year-old passenger on our flight number TK35 to Montreal on 13 October 2017 got sick shortly after departure, as the health of our passengers is of the utmost importance we decided to return to Istanbul.

The aircraft is now holding and burning fuel until it reaches a safe landing weight. Our team has been informed that the last health condition of our passenger is very good. We will change our crew and prepare our aircraft again for a new flight to Montreal." - aviation24

After the pilots decided to return to Istanbul, the girl's condition stabilized. As the plane had no way to dump the fuel, they were forced to circle for 7 hours in order to land safely. Also as the girl's situation stabilized, the medical emergency wasn't serious enough to make a forced landing.

After more than 7 hours in the air, #TK35 now descending for Istanbul. Return due to medical emergency onboard.https://t.co/U4AHvW1v8S pic.twitter.com/gXff7798rv

According to John Cox, a retired US Airways Captain, it is. Aircraft with these systems installed also have mechanisms to ensure that some fuel is left so the plane doesn't fall out of the sky.

They are called standpipes that "cut-off" the dumping process when the fuel tanks reach a specified level. This obviously ensures that the aircraft has enough fuel to safely fly and land.

Fuel dumping only ever occurs over non-populated areas and as high as possible. At higher altitudes, the dumped fuel evaporates immediately.

As the fuel evaporates it reduces its potential environmental impact at ground level. Dumping usually also occurs, whenever possible, over water. Clearly, it is never desirable to have to do this but it is a rare event.

Heavy aircraft put a lot of stress on landing gear at the best of times especially so during hard landings. If the plane is overladen with fuel this could exceed the designed stress tolerances of the aircraft's landing gear.

Don't all passenger planes have them then?

Although not all aircraft have fuel dumping systems, those that don't need to show regulators that their plane can safely land overweight. These aircraft, however, are required to undergo regular maintenance inspections whenever this occurs. During an emergency, the Captain needs to consider the issues of landing overweight.

They must make a judgment on the safety of doing so and whether fuel dumping is required or not. On aircraft without these systems, the Captain's decision making could have some serious outcomes should the plane attempt to land above the safe landing weight.

If the Captain has no fuel dumping option, they can "burn" the fuel off by circling for hours on end until the desired weight is reached. This is precisely what happened with the Turkish Airlines Airbus A330-300.

If fuel dumping system was present the pilots could have shed some weight in order to land as quickly as possible.

As frustrating as this situation was for the passengers, it is nonetheless interesting for us all. Most people are generally unaware that fuel dumping exists let alone that not all aircraft have these systems. Next time you take a flight why not see if you can find the fuel dumping nozzles on the wings. You can then make some new friends, or bore existing ones, with your newfound knowledge.

We wonder if Turkish Airlines will now retrofit their planes without fuel dumping systems or not.