Lake Hillier: Australia's Pink Lake and the Story Behind It

Lake Hillier is truly stunning with its distinctive strawberry milkshake color. But exactly what causes the lake to be pink?

Australia's famous pink Lake Hillier is a sight to behold. Discovered in 1802 by a Royal Navy explorer its strawberry milkshake color is awe-inspiring.

Lake Hillier is situated in near the coast of Middle Island in the Recherche Archipelago to the south of Western Australia.

Exactly what causes the lake in Australia to be pink is up for debate but is probably to do with the microorganisms that make Lake Hillier their home.

Today it's a protected nature reserve but can be visited under special circumstances. It's best to view it from the air in any case.

Why is Lake Hillier Pink?

The exact cause of Lake Hillier's distinctive bubblegum or strawberry milkshake color is not known for sure. Most scientists do agree it has probably something to do with the presence of a specific species of microalgae - Dunaliella Salina.

These salt-loving photosynthetic microorganisms generate energy by using other parts of the visible light spectrum except in orange/red frequencies.

Dunaliella Salina is able to tolerate very high salt concentrations ranging from 0.2% to as much as 35%.

These little critters produce the carotenoid pigments, beta-carotene (which are also found in carrots), that are thought to give rise to the bubblegum coloration of the lake's water.

There are also large amounts of halophilic bacteria and archaea in the salt crusts of the lake that could also be the cause for the lake's interesting appearance. These non-algal microorganisms also produce a similar carotenoid pigment within their cell membranes which is either the main cause or a contributing factor to the lake's overall coloration.

The Extreme Microbiome Project, part of the Association of Biomolecular Resource Facilities (ABRF), Metagenomics Research Group (MGRG), has been performed on the lake. The researchers used a metagenomic analysis on the lake to find Dunaliella as well as Salinibacter Ruber, Dechloromonas Aromatica, and a few species of the Archaea.

Bacteria and Archaea tend to make up the bulk of the micro-ecology of hypersaline lakes like Hillier. For this reason, the lake's color is thought to be a combination of these factors.

Lake Hillier isn't the only pink lake in the world, there is another famous one on the coast of Senegal called Lake Retba. This lake was the finish line for the Dakar Rally road race and is frequently used to harvest salt by local villagers.

Retba's color is especially evident during the dry season (between November and June) and less obvious during the rainy seasons.

Here, the same species of microalgae is prevalent in the water which is also thought to produce the lake's similar appearance to Lake Hillier.

Is it Safe to Swim in Lake Hillier?

According to the official site for the pink lake of Australia, it is perfectly safe to swim in the lake. Despite the coloration, the water is clear and will not cause any harm to you or your skin.

Just like most seas and ocean around the world with the distinct exception of not having any macro-organisms like fish to worry about.

The algae are completely harmless but drinking hypersaline water is a no-no.

Despite this, the lake is very difficult to get to making it nye on impossible for regular tourists to actually visit on the ground. The lake is best appreciated from the air in any case where you can really see its vivid pink color in contrast with surrounding forests and the Indian Ocean.

Travelers can, on occasion, be dropped off on Middle Island from helicopter rides and cruise ships but these tend to view the lake from the shore.

If, however, on the rare occasion you do find yourself near the lake and go for a swim you'll be in for an interesting experience. The lake is, nowadays, primarily a tourist attraction but was once used to extract the salt.

Lake Hillier was first discovered in 1802 by the British Navigator and Cartographer Mathew Flinders aboard the HMS Investigator. In January of the same year, he went ashore and climbed the highest peak on the island which is named after him today.

In his log, he noted that he was surprised to see "a small lake of rose colour". He decided to name the lake Hillier of a recently deceased crew member William Hillier who had died of dysentery whilst docked at the island.

When the crew went ashore to investigate, they found that the lake seemed as salty as the Dead Sea. They duly filled up their stock with salt from the shores of the lake.

"In the north-eastern part was a small lake of a rose color, the water of which, as I was informed by Mr Thistle who visited it, was so saturated with salt that sufficient quantities were crystallized near the shores to load a ship. The specimen he brought on board was of a good quality and required no other process than drying to be fit for use.” - Captain Flinders Log.

Today the island is an uninhabited nature reserve that is covered in a dense Eucalyptus forest.

Like any salt water, it is not advisable to drink water from Lake Hillier. When you consume salty water it can cause serious damage to your body. 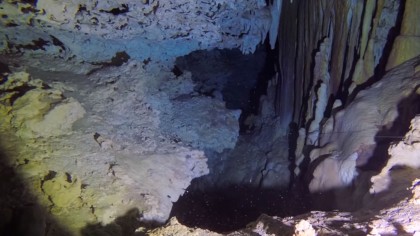 High salt content in your bloodstream puts a serious strain on your body's natural ability to stabilize sodium and chloride levels. Cell membranes, though good at keeping salt from flooding into cells are semi-permeable.

Water cannot be freely locked into your cells and in hypersaline conditions, the process of osmosis will see water fleeing from the cell's interior to correct the concentration imbalance.

This shrinks the cells of your body and your kidneys will attempt to correct the problem by producing urine to remove excess sodium. However, they can only do so if the urine is less salty than saltwater which can lead to losing more water than was drunk and dehydration quickly sets in.

That's all before we even think about the plethora of microorganisms that inhabit the water. Although most are harmless, there is the potential for ingesting something very unpleasant.