Royal Carribean has just taken ownership of the largest cruise ship in the entire world, and it is stunning, even featuring a 10-story waterslide off of the back. Named the Harmony of the Seas, this ship is an engineering masterpiece, and there is very little that makes you realize you are floating in the middle of the ocean while taking a cruise. In total, this giant stretches 1,188 feet long and weighs 226,963 tons, longer and larger than most aircraft carriers. According to Tech Insider, this also means that the ship is equivalent to 5, 747s laid end to end. One feature of the ship has been kept secret through its entire construction, the 10-story slide on the aft of the ship, it is quite the sight to see, check it out below.

This is the largest waterslide floating the open seas, and you get into the slides by walking across a see-through glass platform. Royal Carribean's executives say that not all of their guests will be brave enough to take the plunge, and it will be an incredible experience. The builders pulled out all of the stops in creating the world's largest cruise ship, and it's all powered by three 25,000-horsepower and three 18,600-hp Wärtsilä diesel generators, according to ship technology. 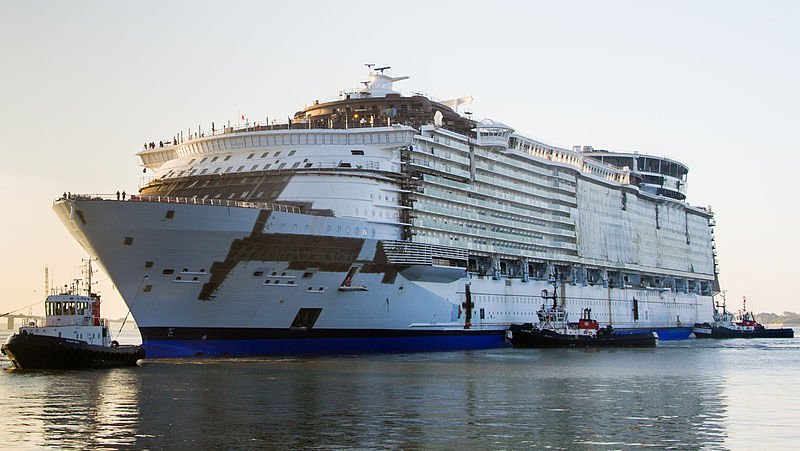 There will be more than 12 different specialty dining restaurants aboard the floating resort, and guests will have a host of other dining options. On top of all the food, you can spend money at their endless duty-free shops on board, or maybe even go throw away that extra cash at the casino. Almost the entire top side of the ship will feature waterslides and pools, with the interior being hollow to allow for extraordinary views, and interior decks for rooms. 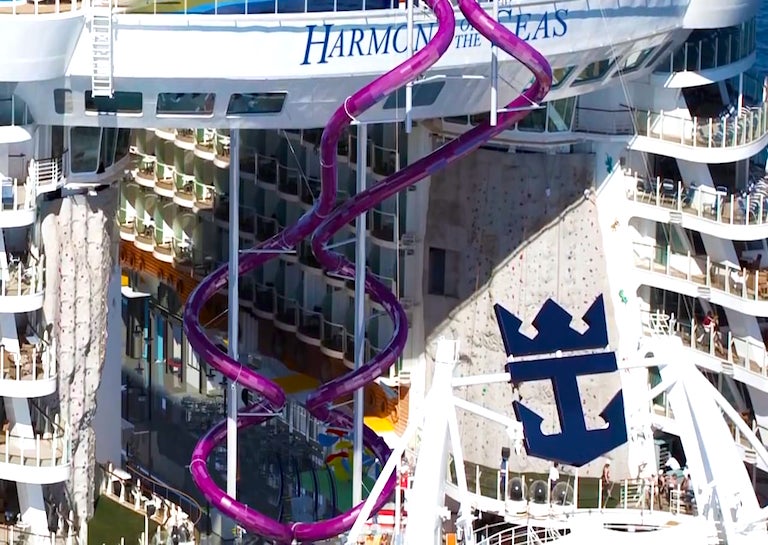 This ship is really one of a kind, and taking a ride on this beauty will be an experience to remember. Are you brave enough to take the plunge on the 10-story slide on the ship? Let us know in the comments. 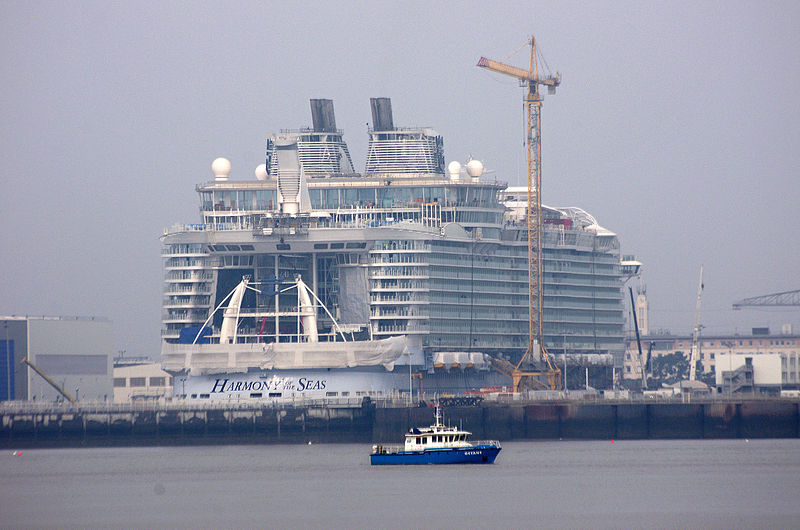 SEE ALSO: Top 10 of the Largest Cruise Ships in the World