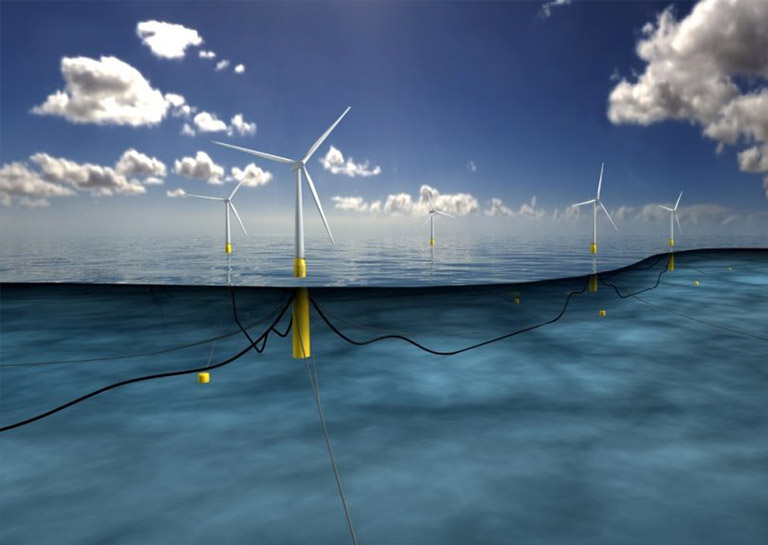 The floating wind farm will be created from massive wind turbines that sit out in the ocean. They are tethered to the ocean floor and have ballast lines off them to keep them upright. They bob about like a buoy and stand over 100 m proud of the water. 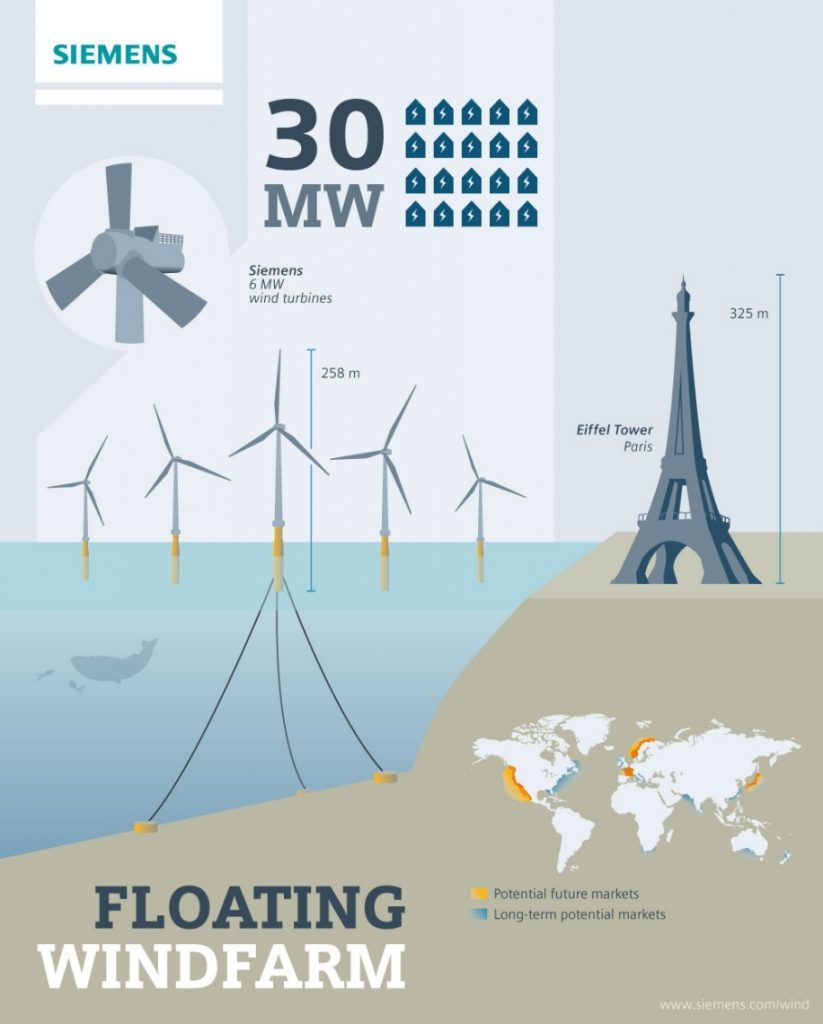 So far five turbines are ready to be tugged from Norway to Scotland in an expensive and delicate shipping operation. The £200 million project is the first massive investment into renewable energy from the company Statoil who are calling the project 'Hywind'.

Irene Rummelhoff, head of the oil firm’s low-carbon division, explains how the floating wind farm opens up possibilities within the industry, “It’s almost unlimited” she said. Currently, we are saying [floating wind farms will work in] water depths of between 100 and 700 meters, but I think we can go deeper than that. It opens up ocean that was unavailable.”

Offshore wind farms are common in the North Sea. These fixed-bottom turbines, which are attached to a steel pole that is driven into the seabed work well in the relatively shallow waters. However, the opportunity for growth using this technology is limited by geography. Waters off Japan and the US are far too deep to support these traditional wind farms. Rummelhoff says that floating wind farms must be embraced by the industry in order to take full advantage of ocean space.

The floating wind farms also allow the turbines to be far enough offshore to avoid complaints of visual pollution. A £3.5 billion wind farm planned for development off the coast of Dorset was stopped after a series of complaints relating to the aesthetics of the potential energy producing equipment. 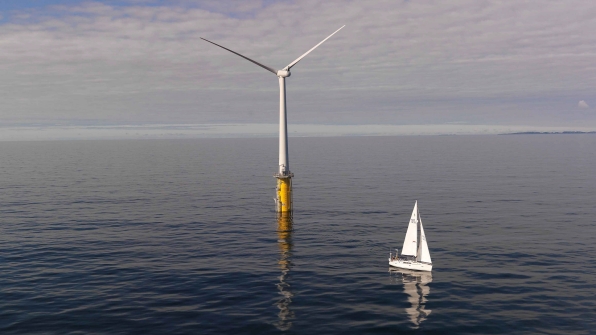 While the Hywind project isn’t breaking any records for actual energy production. It will produce enough power to power only 20,000 homes. It is definitely making a point about the future of floating turbines.

“Looking to the next decades, there might be a point where floating is bigger than fixed based,” said Stephan Barth of IEA Wind, an intergovernmental wind power body covering 21 countries.

The commercialisation also means a chance for new countries to emerge as renewable energy leaders. The UK has the most offshore wind capacity in the world, with Germany not far behind, but France, which has none, wants to become a market leader.

“Floating wind is an opportunity for France to step onto the podium,” said Geschier.

Like all new technologies, the cost is a huge factor. While currently, fixed-bottomed turbines are cheaper, the price of floating turbines is expected to decrease as the systems around installation and deployment improve.