Largest Solar Farm to be Switched On

In an effort to reduce their reliance on foreign energy and greenhouse gases, Morocco is building the world's largest concentrated solar power plant. King Mohammed VI hopes to produce half of the country's power from renewable solar by 2020. Noor 1, the first phase of the gigantic solar farm just opened its doors to start energy production. The entire project consists of 4 interconnected phases that will span a total area the same size as the country's capital, Rabat. When completed, the plant will produce 580 MW of electricity, or the equivalent of 1 million homes.

Currently, the country imports 97% of its total energy, something that this project is seeking to change. In sharp contrast to traditional solar panels, this solar farm uses curved mirrors, each 12 m high, that focus the suns rays onto a heat transfer solution (HTF). This solution is heated to 393° C  and used to power steam generators at the centralized plant. In the first phase alone, 500,000 mirrors were aligned in 800 rows to accomplish the energy collection.

"Noor 1 will help reduce greenhouse gas emissions, avoiding the emission of 240,000 tons of carbon dioxide per year over a 25-year period," according to Project Financing Bank. 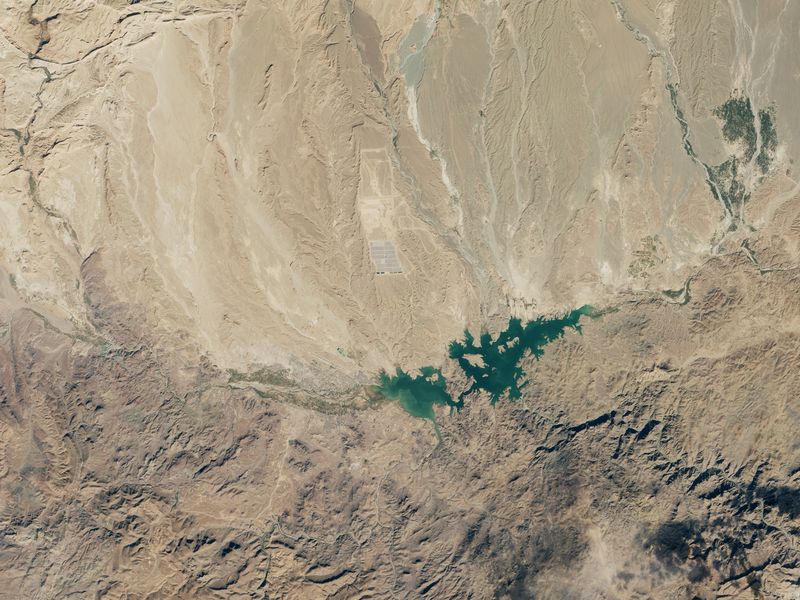 The following two phases, Noor 2 and Noor 3, are set to begin construction in 2017. The plant also has the capability to store energy for 8 hours. which allows the solar farm to supply a continuous stream of usable energy to consumers.  The current phase supplies Morocco with 160 MW of electricity, just one third of what will be the final output upon completion.

Moroccan energy officials are claiming that this is the most important solar plant in the world. As far as the country is concerned, this project marks the beginning of many other large works projects planned in the future. So far US$9 Billion has been invested in the project which has struggled to be completed on time.

While the mirrors used for the project are slightly less efficient than solar panels, the heating of the transfer solution is what allows the energy to be stored at the production plant. Morocco hopes to expand into a solar energy producing exporter in the future, but currently lacks the infrastructure to do so. Large scale solar projects are becoming more common as the race for green, independent energy continues.