An autonomous airborne vehicle by Kitty Hawk, a company backed by Google co-founder and Alphabet CEO Larry Page, has been having test flights in New Zealand, the company announced on Tuesday.

Kitty Hawk hopes the aircraft named Cora will form the basis of an air taxi service in the next few years.

"Designing an air taxi for everyday life means bringing the airport to you. That’s why Cora can take off and land like a helicopter, eliminating the need for runways,"the company said on its website. "Cora will combine self-flying software with expert human supervision, so you can enjoy the ride."

Recent technologies such as electric motors and batteries, autonomous navigation systems and consumer drones have led to companies such as Uber and Airbus to invest in vehicles that can fly themselves.

This removes the need for a trained pilot to be on board. There is also the capability for vertical take-off and landing (VTOL) which looks like it can open transportation options ranging from commuter services to drone deliveries.

In 2016, Page invested in two companies which specialized in flying cars. One of those was Kitty Hawk, which is developing Cora.

Cora Has a More Commercial Design

Kitty Hawk has operated largely in secret until April 2017, led by Sebastian Thrun, who is also a founder of Google’s self-driving car program and online education service Udacity. 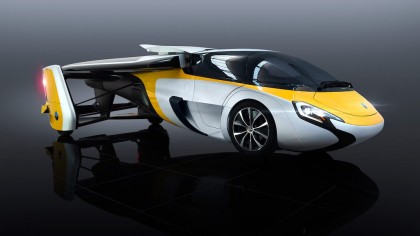 The company launched a prototype of its Flyer, a single-person aircraft powered by eight electric rotors in April 2017. However, the Flyer is designed to be used only over water and sold to private individuals.

Cora in this sense is a more striking vehicle. It has 12 independent rotors capable of carrying two people. Cora has a range of 100 kilometers and a top speed of 177 kilometers per hour and it can fly at heights of between 150 meters and 900 meters.

It also has three independent flight-computers to ensure back up in the event of a failure.

Other Air Taxis in the Race

There are also some rival companies which have been laying the groundwork for air taxis.

In November 2017, Boeing bought Aurora Flight Sciences. Airbus has also made an investment two weeks ago in Blade, which is an aviation start-up in New York.

On the other hand, Dubai has formed a joint venture with a Chinese company, EHang. Uber has a division by itself called Uber Elevate.

Countries in the Middle East and Africa have been more willing to allow unmanned flights. They also appear willing to be some of the first places where this technology can be used. But aviation regulators in the rest of the world do not see those countries as models.

However, New Zealand is being viewed as having a regulatory regime which is safety conscious. This means that the rules it develops may become an example for other nations, including the US.