Laughter May Be the Best Medicine for Brain Surgery

Epilepsy patients had a key section in the brain electrically stimulated for laughter and found the experience to be a calming one even during awake brain surgery.

They say laughter is the best medicine and it is no joke. There have been many studies that actually boast of its many health benefits.

Now, neuroscientists at Emory University School of Medicine have discovered another way laughter helps, even if it is simply triggered electrically. The researchers found a focal pathway in the brain that when stimulated electrically causes laughter. 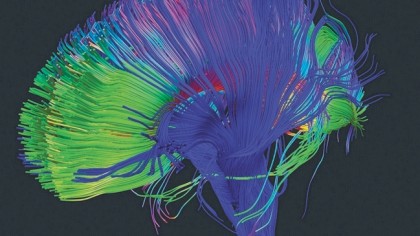 They further discovered that even though the laughter was in essence fake (stimulated) it still resulted in a sense of calm and happiness in the patient even when awake during brain surgery. The study observed this effect first in an epilepsy patient that was undergoing exactly such a difficult surgery.

"Even well-prepared patients may panic during awake surgery, which can be dangerous," said lead author Kelly Bijanki, PhD, assistant professor of neurosurgery.

"This particular patient was especially prone to it because of moderate baseline anxiety. And upon waking from global anesthesia, she did indeed begin to panic. When we turned on her cingulum stimulation, she immediately reported feeling happy and relaxed, told jokes about her family, and was able to tolerate the awake procedure successfully."

Their findings were then further confirmed to be the same in two other epilepsy patients undergoing diagnostic monitoring.

It's all about the cingulum bundle

Although this is not the first time that scientists have reported that electrically stimulating brain parts could lead to laughter, it is the impressive anti-anxiety effects observed specifically with the stimulation of the cingulum bundle that makes this study so unique.

The cingulum bundle is a collection of white matter fibers lying under the cortex. The researchers identified a key area in this part of the brain that led to laughter and relaxation, resulting in making the patient much calmer.

"The patient described the experience as pleasant and relaxing and completely unlike any component of her typical seizure or aura," the authors write in the study.

"She reported an involuntary urge to laugh that began at the onset of stimulation and evolved into a pleasant, relaxed feeling over the course of a few seconds of stimulation."

In further tests, the researchers explored how the first patient viewed faces and found that the cingulum bundle stimulation made her interpret faces as happier, an effect known to reduce depression. The two other tested patients were also found to become more positive and calm.

The researchers believe this new stimulation is key to making awake surgeries safe by being able to evaluate how the patient is responding while keeping the patient calm.

"We could be surer of safe boundaries for removal of pathological tissue and preservation of tissue encoding critical human functions such as language, emotional, or sensory functions, which can't be evaluated with the patient sedated," Bijanki said.

However, the work does not end there. Its application can be explored for further uses such as tackling mental health disorders and even chronic pain.

"In addition, although substantial further study is necessary in this area, the cingulum bundle could become a new target for chronic deep brain stimulation therapies for anxiety, mood, and pain disorders," added Bijanki.

The findings are published in the Journal of Clinical Investigation.

DARPA Begins Working on Cameras That Mimic the Human Brain