A rough draft of a NASA document regarding EmDrive space propulsion got leaked to the internet. 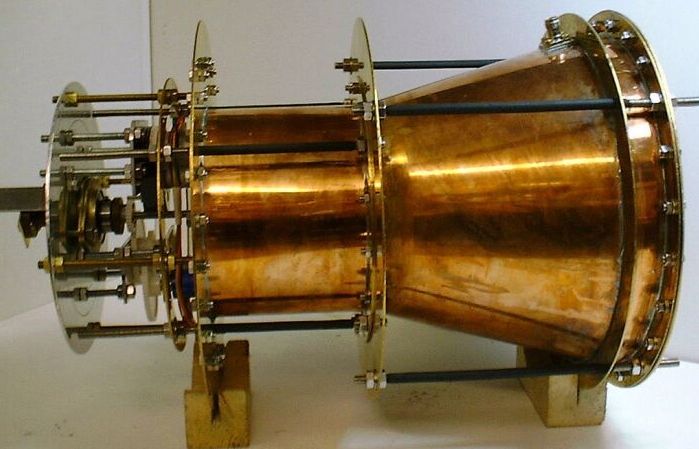 The document showed that researchers reached a force of 1.2 millinewtons per kw in a vacuum. The technology in question, the EmDrive, could theoretically get humans to Mars in 10 weeks without using conventional fuel or nuclear energy.

However, according to the laws of physics, the EmDrive shouldn't work. Newton's third law states that everything must have an equal and opposite reaction. Traditional thrusters use combusted rocket fuel to push a device (whether it be a rocket or satellite).

For more about the EmDrive, check out the video below explained by the engineer who first crafted the idea:

The EmDrive, designed by electrical engineer Roger Shawyer, generates thrust by using electrical energy to bounce microwaves around inside a cone-shaped chamber. The movement creates thrust at the small end of the cone which propels the engine forward.

NASA's recreation of Shawyer's original experiments worked just as well has his original.

The thruster achieved 270 degrees of rotation over 32 minutes until the battery ran out. According to the paper, the research team looked for any possible explanation that the thrust was produced in some sort of unexplained fluke. 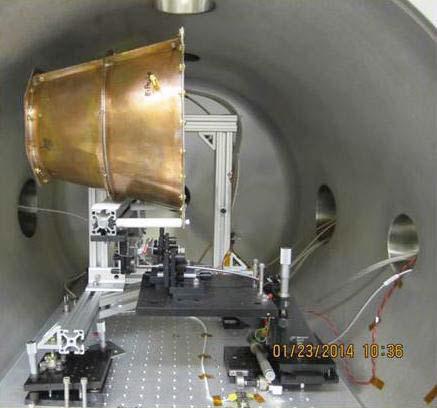 But that doesn't seem to be the case.

"The test campaign included a null thrust test effort to identify any mundane sources of impulsive thrust, however none were identified," the team, led by Harold White, concluded.

British publication IBTimes got early access to the paper. However, they decided not to publish the document as that would go against journalism best practice.

Now there are doubts as to whether NASA Eagleworks will publish the EmDrive paper at all. Passionate Australian EmDrive fan Pil Wilson (who goes by the username "The Traveller") leaked the paper. He told IBTimes that he didn't think the American Institute of Aeronautics and Astronautics would actually publish the paper.

"All this work was funded by the US taxpayer and conducted by a US government nonmilitary establishment, so nothing done by Eagleworks was classified," he told IBTimes UK. "...I need to ensure this information sees the light of day and is not held back from the public."

Regardless if you agree with Wilson's actions, the information is still out there waiting to be tested by other research groups.