Have you ever had that dreadful feeling of pure panic when taking your phone out of your pocket and finding that the battery has died on you? Have you missed a call, did someone text you, did an email message arrive or have you missed a Tweet and you don’t know? It’s a terrible feeling when the phone we have come to depend on ups and dies on us. Of course it typically takes around three hours, often longer, for a phone to charge back up to full capacity. So you have to wait before you can go out again. However there is an alternative on the horizon by the name of the Legion Meter, which may be a better option than buying another battery or battery pack, or hanging around for four hours for it to charge. Of course you don’t have this option if you own the iPhone.

The Legion Meter is a strange device for a charger as it does look more like a USB drive. In fact it is a USB drive and it plugs into your existing charger. The device comes with a small OLED display and on this you are able to set your preferences. Not only does this small device charge your device, the developers behind it say that it can charge your device around 92% faster than the typical charger.

The USB device is plugged into your charger via the USB end of the charging cord and you can then choose the mode of operation. If you have the Apple iPhone then you choose the Apple mode, there is an Android mode for the Android phones, which is also used by those who own a Blackberry, Windows Phone, Nokia or the GoPro.

The mode that is chosen will depend on how the Legion speeds up the charging; it optimizes the experience for your particular device and determines the amount of safe charging for your device. This means that the Legion Meter can safely tell how fast the phone is able to charge without doing it any damage. Legion Meter has put in a patent for what they call the PLX Charge Accelerator Circuit, which is the intelligence behind the charger. 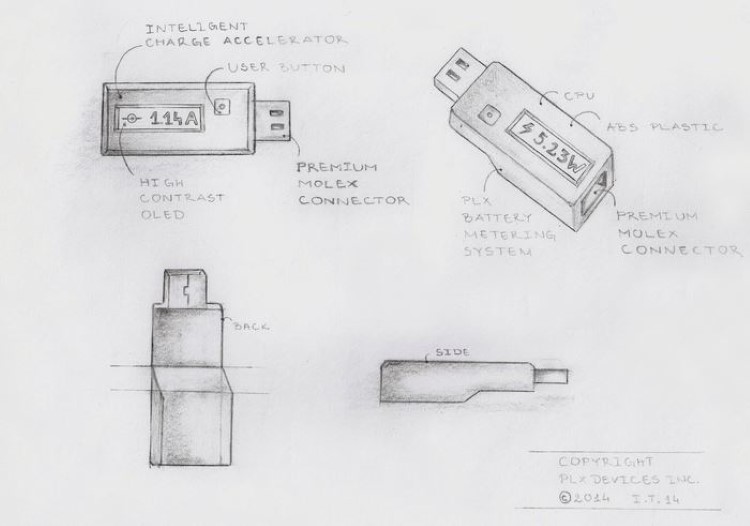 The speed of the charge of the phone is based on the intelligent algorithms of the Legion. The company behind it say it can "learn how you're using your device and calculates your energy usage at roughly 500 times/second giving you ultra-accurate power metering." The information shows up on the small display and it is said that the device is able to give you a diagnosis as to how healthy the battery of your phone is.

At the moment the Legion Meter is on Kickstarter and comes in with a price tag of $39.