Lego will launch a new collaboration with Tencent to introduce the Danish brand to Chinese children.

Lego will team up with Chinese tech company Tencent to develop licensed games, videos, and other content for Chinese children. The first product, expected to be an online game, will be released this year.

The collaboration between the Danish and Chinese companies will result in a dedicated area on Tencent’s existing platform where Chinese children can watch Lego videos. The new partnership will also see the expansion of the social networking platform LegoLife. Versions of LegoLife are already available in other countries, but the Chinese tech giant will assist Lego to introduce it to an untapped Chinese market.

“We’ve seen more and more Chinese children engage with the world digitally, and the partnership will bring them safe and imaginative digital Lego content.”

Lego seems to be seeking new business models and collaborations due to a slump in its market share. It posted its first revenue drop in a decade last September. As sales dropped in the US and Europe, Lego cut 1,400 jobs across its global empire. China is a recent market for the toymaker. It opened the world's largest Lego store in Shanghai in May 2016 and has seen good growth in the country since then. The new partnership with Tencent will open the doors for Lego to access the highly lucrative Chinese digital games market. “We’ve seen more and more Chinese children engage with the world digitally, and the partnership will bring them safe and imaginative digital Lego content,” Jacob Kragh, the general manager of Lego in China, said in a statement.

Lego’s press statement regarding the announcement had a focus on safe digital play. Julia Goldin, Chief Marketing Officer of the LEGO Group described the deal saying, “Our most important purpose is to inspire children and help them develop through play. Through our 85-year history, we have always had children’s safety as our highest priority when developing LEGO products. This heritage and approach are also reflected in our work to ensure safe digital LEGO experiences.” 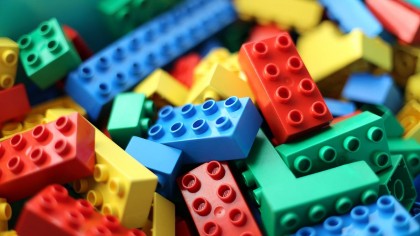 China is known for its children accessing the internet and other digital spaces at a young age. Lego acknowledges the need for these initial forays into digital wolds to be safe, educational and fun. Anna Gao, Vice President of Tencent Games, says “Faced with the tendency of lower age in internet users, the cooperation between the LEGO Group and Tencent can leverage technological and innovative means to build a healthy online environment for children.”

In addition to the collaboration with Tencent, Lego will also expand its range of offerings by releasing and operating its new programmable robotics kit called LegoBoost.

The kit includes two motors, a color and distance sensor, and the parts needed to build a Lego cat, robot, guitar, vehicle, or imitation 3D printer. Children can control their robot creations using an accompanying Android or iOS app that uses a basic drag-and-drop programming system.