LEGO toys meet space toys. There really isn't a better combination in the history of imaginative items. The company released its first series of space-themed building sets in 1978. Those vintage gems included a mobile ground tracking station, crater plates, rocket launchers, and a space cruiser. (Yes, the space cruiser from The LEGO Movie is actually a real set.) LEGO announced what might be the best set for space fans yet. LEGO is releasing a Saturn V rocket. However, it's more than just the rocket. It's the entire Apollo mission in a single set. 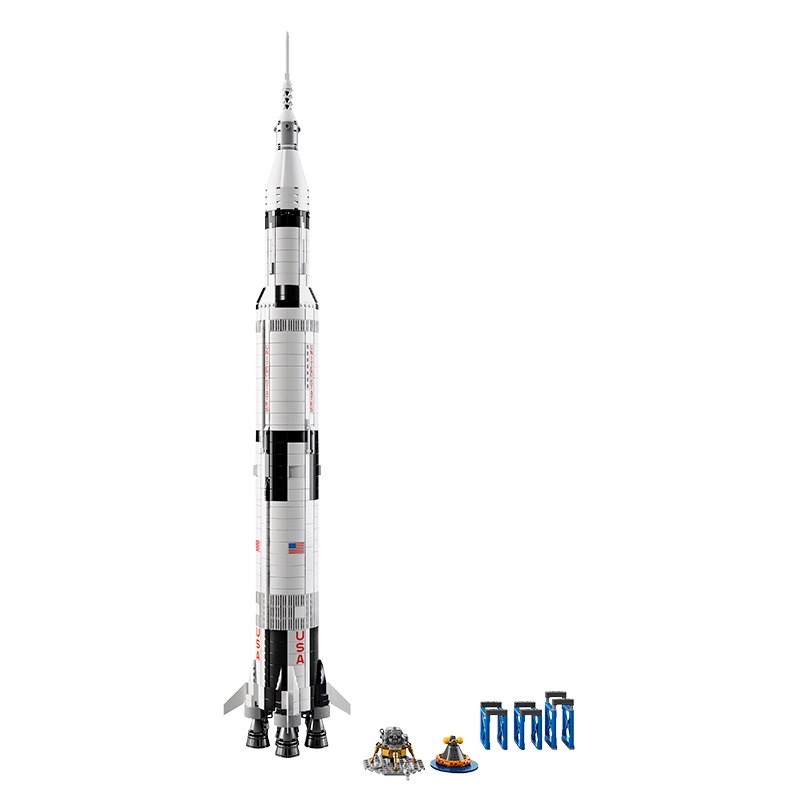 Like its historical counterpart, the Saturn V splits into three stages for various points in its mission. The command and lunar modules are both found at the top. The command capsule even comes with aquatic landing gear.

The best (and nerdiest) parts come in the details. LEGO crafted the Saturn V to have exactly 1,969 pieces -- the same as the year the U.S. landed on the Moon. This also marks the tallest LEGO toy ever made. It comes in at an impressive one meter tall. That's 110th the size of the actual Saturn V rocket.

The original Saturn V rocket launched 13 times during its run between 1967 to 1973. It made history when it transported Apollo 11 crew Neil Armstrong, Buzz Aldrin, and Michael Collins safely to the surface of the Moon. 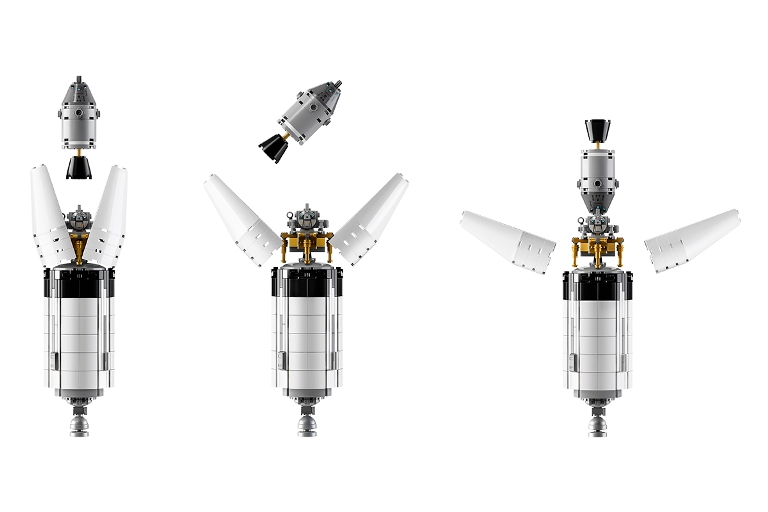 The LEGO Saturn V comes from LEGO fan submissions. It's all part of LEGO's Ideas program. Builders can send in their dream LEGO sets. Those builders then generate enough online support for the project. They need 10,000 supporters before the LEGO Review board (which sounds like a dream job) takes a look at the idea.

"Once complete, it goes to the factory, then it’s shipped around the world and released for sale," the program's page explains. "You’re featured in set materials, receive a royalty on sales, and are recognized as the product creator. Your supporters can now own the LEGO set they helped make happen on LEGO Ideas."

And, as promised, the two LEGO superfans behind the project are getting their time to shine. Felix Stiessen and Valerie Roche designed the original model together, despite having never met in person. 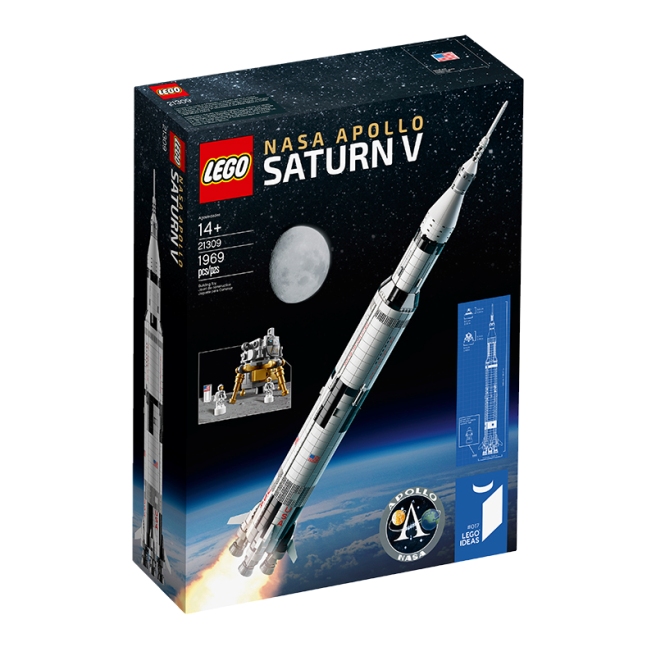 "There were often times when one of us abandoned the project for a few weeks and came back to it later," said Stiessen. "However, thanks to the fact that it is a collaborative project, it was always the case that one of us continued making progress on the project and re-motivated the other."

LEGO designers Michael Psiaki and Carl Thomas Mirriam got even more excited after seeing Stiessen and Roche's ideas. They loved the idea and space so much that they begged to be put on the project.

"We were actually not asked," said Psiaki. "I was so excited when I heard that the project was potentially going to happen, and told Carl about it because I knew he was also a space fanatic. We decided it would be really cool to work together since it is such a big model, so we approached the Ideas team about helping develop the product."

SEE ALSO: This Tape Turns Any Surface into the Perfect LEGO Building Space