Let the Dream Chaser Fly Us Away Into Space 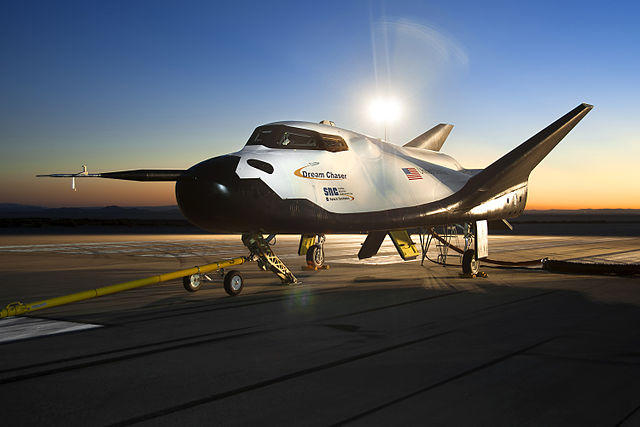 An Erickson Air-Crane helicopter lofted a test version of the Dream Chaser flight vehicle a distance of three miles over a dry lakebed at Edwards Air Force Base, to an uppermost altitude of approximately 12,400 feet.

The commercial Dream Chaser has been designed to launch atop a United Launch Alliance Atlas V rocket and ultimately provide launch services which would be able to transport NASA astronauts to the International Space Station from United States territory.

Mark Sirangelo, corporate vice president and head of SNC's Space Systems, said "Today is the first time we have flown a fully functional Dream Chaser flight vehicle, and we are very pleased with the results. Our team represents the very best in collaboration between industry and government. We have worked closely with NASA, Dryden, and the Air Force to reach this important milestone in our flight test program. We look forward to seeing Dream Chaser land on the same runway as the space shuttle orbiters once did as we move forward in the development of the next-generation crew transportation vehicle."