Did you know that there are 300 million people in the world with colour vision deficiency? Now there is hope for them to see the world as the majority do as Enchroma in Berkeley, California, are offering glasses that offer colour blindness correction. 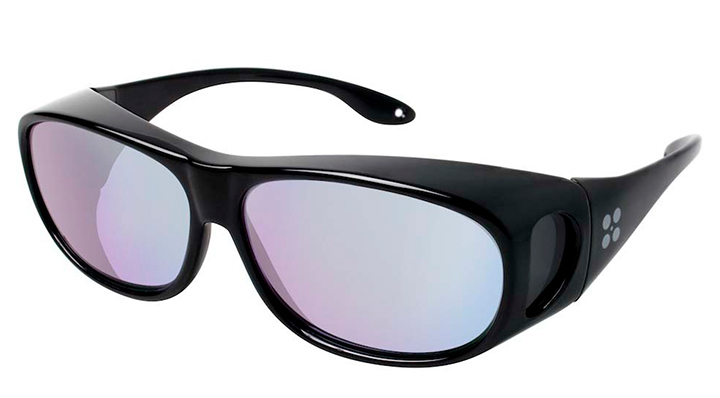 The most common form of colour blindness is red-green colour blindness that makes red and green colours appear "crossed" becoming more overlapped due to the absence of the red or green retinal photoreceptors. Enchroma's EnChroma CX lens works by applying a special optical coating to the glasses which filters out the wavelengths of light that overlap, rather than normal glasses which  reduce the transmission of light across the entire spectrum. 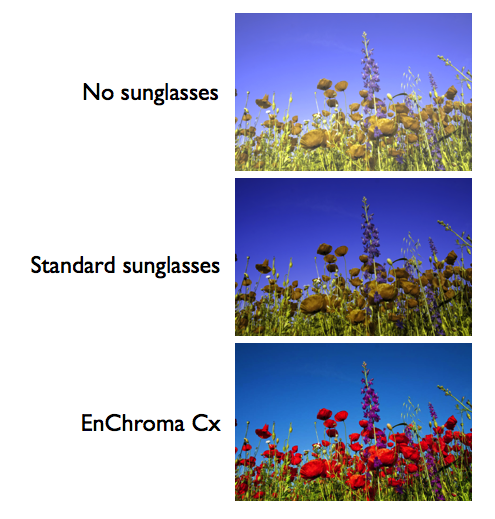 “Our ‘A Ha’ moment came when I realized that the surgeons were taking the protective eyewear out of the operating room and using them as sunglasses at the beach,” explains Dr. Don McPherson, VP of product development at Enchroma. “Investigating this phenomenon further I then discovered that the eyewear had a noticeable positive impact on the wearer’s color vision, explaining both increased performance differentiating tissue in the operating room and enhanced vividness of the natural world outdoors.”

The implications of this development are huge. As amazing as it must be for a person to first see true colour, the benefits are far beyond. For example road safety becomes increased tenfold, especially when two of the colours involved in traffic lights are red and green! Some countries also don't allow drivers licenses for the colour blind.

Kelly Kittell over at boingboing describes the glasses that come with a pre-warning, "When first trying on the lens, the unusual appearance of colors may be visually distracting. "It’s a bit of an understatement. The first time I saw brick red I was so overwhelmed I stopped cold. Purple and lavender, where have you been all my life?"

The glasses can also be used by non colour blind people to enhance the colours we see everyday.

All three pairs feature Enchroma’s precision optical coatings made of ultra-durable metal oxides on a lightweight (less than 30 grams) 1.3mm glass lens. They will come in a variety of styles for men and women at the onset, with a children’s line to follow, Enchroma says.