How the Robot functions?

LG’s airport guide robot, to be launched soon at Seoul’s Incheon International Airport, is an intelligent bot that can assist passengers with travel information, gate numbers, weather reports, boarding times and other important information required during their time at the airport. It also helps passengers with directions and provides estimated walking times. 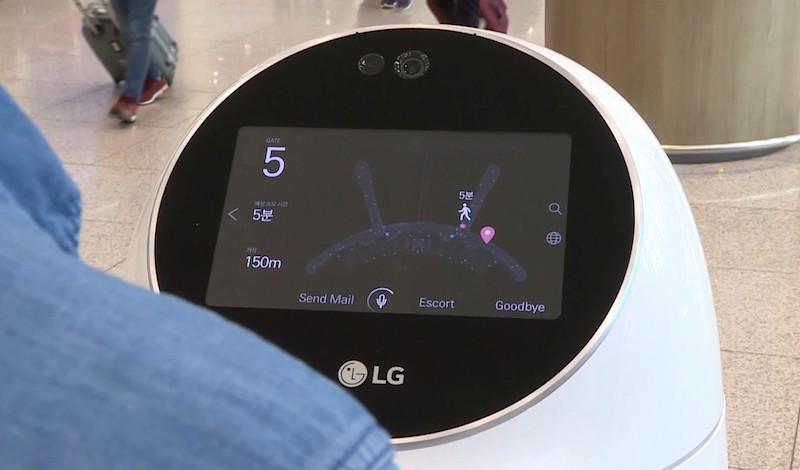 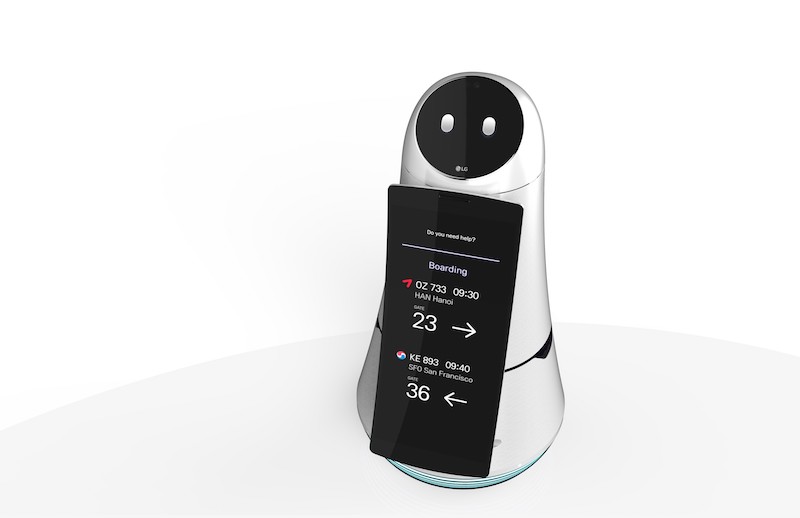 The multilingual LG robot offers a choice of four languages to speak with the passengers - English, Chinese, Japanese and Korean. They just have to scan the ticket and the robot will do the rest. A word of caution, do not expect the robots to be as fast as humans. However, LG terms it as “a traveler's best friend”. 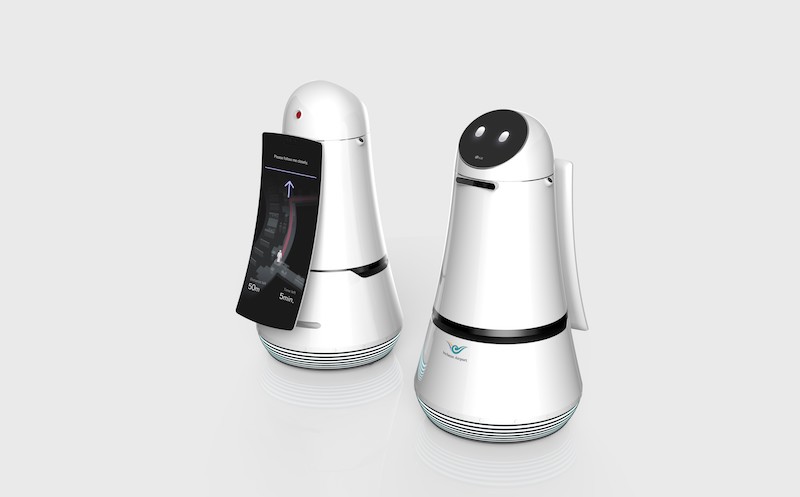 On the other hand, the Airport Cleaning Robot is similar to a household robot, but of large capacity suitable for industrial use. Equipped with large size dust canister and multiple brushes and motors, the LG Airport Cleaning Robot does a variety of tasks to keep the floor free of dust and trash. Equipped with smart sensors and video cameras, the robot will perform the tasks effectively and without hassles, even in crowded airports. The robot's multiple sensors with light detection, ranging (LIDAR) technology and sensitive bumpers can detect and circumvent the obstacles. The robot is designed to clean anything from tiles to carpets in the airport. The SLAM (Simultaneous Localisation and Mapping) Technology makes the robot aware of its location and helps it trace back to home position. 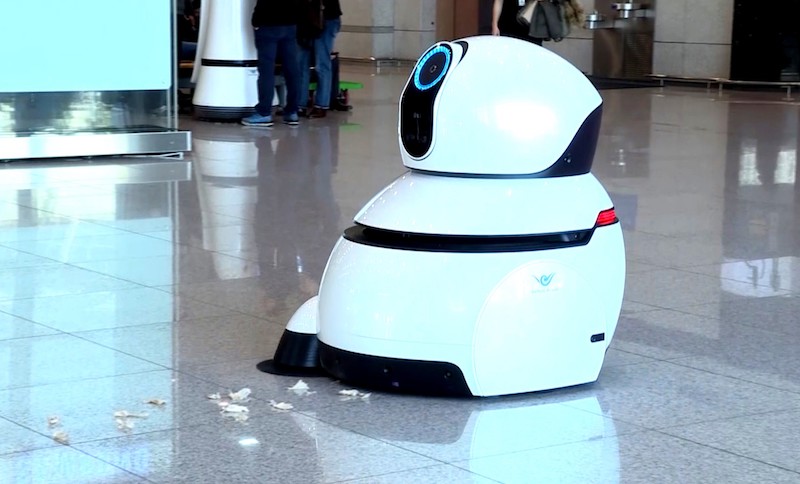 LG’s dream of robots for human usage is part of the IoT (Internet of Things) ecosystem development. LG has introduced four robots to expand its IoT plan. Apart from the above two, LG's other two robots are Hub Robot and Lawn Moving Robot. Hub robot is designed specifically for household assistance and works on Amazon’s Alexa voice recognition technology. As the name suggests, Lawn Moving Robot is used for trimming grass in lawns of any magnitude.

A couple of days ago, Knightscope Robot K5, working as a Security Robot in Washington, DC office complex, has fallen into a water fountain. What prompted this mishap is still unclear, but social media instantaneously burst with jokes. Some quoted as saying “We were promised flying cars, instead we got suicidal robots”. Since the incident is under investigation, we have to wait for some more time to know the truth behind this. Earlier this year, a similar robot was knocked off by a drunken man. Though the man was arrested, some basic questions still remain unanswered.

How can a robot of 5-foot tall, weighing 300 pounds, associated with intelligence can fall into a water fountain? Well, LG needs to figure it out! LG should be 100% sure before giving an operational clearance of these airport robots, especially when people have flights to catch. Well, we reserve our comments for when it’s fully operational to check its effectiveness.

The World's Largest 3D-Printed Neighborhood Will Rise in Austin