LG gave a glimpse of the future of high-resolution OLED TVs with its largest display.

CES is the first platform of choice for companies around the globe to showcase their upcoming products and future technologies. The same holds true for the Korean display manufacturing giant, LG. The company used CES to announce the world’s largest and highest resolution OLED TV. However, no details on the price or release time were disclosed.

“The successful development of the world’s first 8K OLED display is a milestone for the 8K era and underscores the exciting potential of OLED,” said In-Byung Kang, Executive Vice President and Chief Technology Officer at LG Display. “OLED is clearly a next-generation technology leader and for this reason, LG Display is accelerating its research and development into OLED so that we can provide differentiated products to customers and markets.”

The company said that developing TVs with OLEDs is easy, as the self-emissive nature helps in reducing the aperture ratio without reducing the brightness. For LCDs, controlling the aperture ratio for high resolution without compromising brightness requires improving the performance of backlight units, which leads to increased power consumption and material cost. 8K OLED displays are also slimmer as they do not require backlight units like LCDs that inevitably make the panels look thick and heavy. 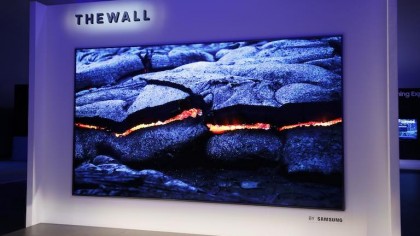 LG Display is the sole large-size OLED manufacturer now, as Samsung has already shifted its focus to QLED TVs. The company has already invested huge to ensure a lead in OLED production for TVs and eventually for mobile panels to capture a market share dominated by Samsung. And, this is a reason why LG is building a new production facility in Guangzhou, China to develop OLED panels.

While the 8K OLED display indeed provides unmatched picture quality with wider viewing angles, the problem is the lack of 8K content that can be watched on it. The resolution of the TV is higher than most of the still photography cameras. The vast majority of the content is still HD and even the notable 4K sources like Netflix and Amazon have only a fraction of 4K content to offer. So for those of you who think that your new 4K TV is obsolete, the answer is NO. 8K OLEDs will take some time to become market-ready. Sony and Panasonic said that they have plans to introduce 8K TVs by 2020. The prototype from LG Display, however, will surely help in driving down the prices of 4K TVs that are currently available in the market. The gesture from LG Display, however, does provide us a glimpse at the future.

At CES, the company also unveiled a 65-inch rollable UHD OLED displays that can be rolled up and stored when not in use.

Via: LG Display, The Verge