An unusual study has found that lightning's electromagnetic fields have positive effects on living beings.

In what may be the most surprising news this week, lightning, often feared, has been found to have protective effects over living organisms. More specifically, it is its electromagnetic fields that work their magic on living beings.

These fields, called Schumann Resonances, are a set of spectrum peaks in the extremely low-frequency (ELF) portion of the Earth's electromagnetic field spectrum and are therefore difficult to detect. As such, it was believed that they had no impact on life on Earth.

Now, a new Tel Aviv University study has found that these fields created by lightning may have protective properties for living beings.

"We found that under controlled conditions, the Schumann Resonance fields certainly had an effect on living tissues," said Prof. Colin Price of TAU's Porter School of the Environment and Earth Sciences. 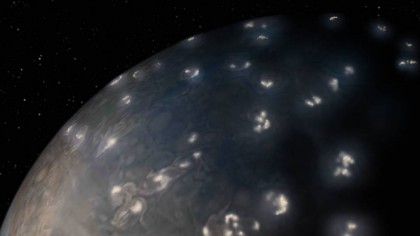 "The most important effect was that the atmospheric ELF fields actually protected cells under stress conditions. In other words, when biological cells are under stress -- due to lack of oxygen, for example -- the atmospheric fields from lightning appear to protect them from damage. This may be related to the evolutionary role these fields have played on living organisms."

To study these effects the scientists conducted laboratory experiments in which fields similar to lightning's were created. They then explored their effects on rat test subjects.

What they found was significant effects on living heart cells of rats within 30-40 minutes that included reductions in spontaneous contractions and calcium transients. However, sadly, the effects were temporary, disappearing when the fields were stopped.

"It is the first study that demonstrates a link between global lightning activity and the Schumann Resonances and the activity of living cells," Prof. Price says.

"It may explain why all living organisms have electrical activity in the same ELF spectral range, and it is the first time such a connection has been shown. This may have some therapeutic implications down the line, since these ELF fields appear to protect cells from damage, but this requires further research."

Price and his team are now furthering their research to test lightning's effect on other biological organisms. In the meantime, we definitely will approach lightning with a lot less fear and maybe even a little gratitude.

The study was published in NatureScientific Reports.

How Many Screen Protectors Would It Take to Protect You From a Bullet?