Many smartphones can notify you when you get a Facebook "like" with some ringtone or pop-up. But if you already feel bored from this, you can buy that vest which takes it a step further and actually gives you a friendly hug.

The "Like-A-Hug" vest was developed by Melissa Kit Chow at the MIT Media Lab. She wanted to "build" a bridge over the distance that separates people using virtual contacts — after all, as much as you like or comment on someone's publications, it's not the same as being there. 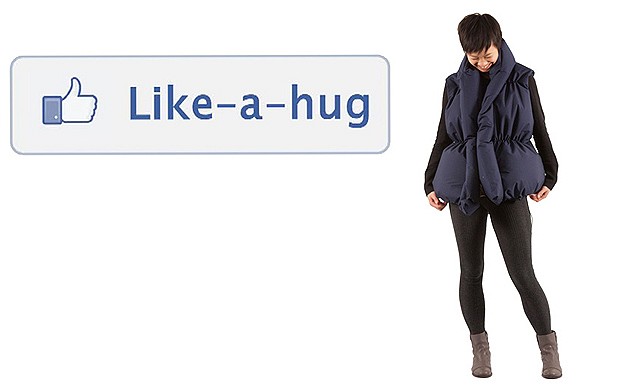 However, Melissa did not made this alone. She was supported by her MIT colleagues Andy Payne and Phil Seaton, so she created this vest, which stays connected to the Internet (presumably through your smartphone) and inflates whenever someone likes something your on Facebook.

It's just an art project at the moment and very unlikely to be made into a real project, but it's easy to imagine the concept being applied in a more interesting way: a jacket that taps you on the shoulder when you get a text message, for example.