What it's Like to Eject From a Plane at Supersonic Speeds

Fighter jets can achieve amazing feats, but sometimes they malfunction and the skilled pilots behind them only have one option. Ejecting from a plane may seem like an easy enough task, but when you are traveling close to 600 knots, or on the verge of supersonic, it becomes a violent option. Air Force Captain Brian Udell was on a training mission over the Atlantic ocean and something went wrong. Both him and his weapons officer were forced to eject, but that was only the beginning of their story.

The F-15 jet the two air force pilots were flying in was operating normally for most of the mission, but they soon started hearing odd noises right outside of the cockpit. This soon led to Captain Udell realizing that he had lost control of his aircraft. The plane began to plummet, soon reaching speeds close to 800 miles per hour. Falling thousands of feet per second, he was faced with no option but to eject. As his seat rocketed out of the cockpit, he was met with an incredulous amount of air resistance that ripped his body apart.

The force was enough to break all of the blood vessels in his head and nearly rip his legs completely off. You can begin to understand why ejecting from a fighter jet is not a decision to take lightly. An automatic raft deployed below Captain Udell before he hit the water. After struggling to climb in, he waited for 4 hours to be rescued. Unfortunately, his weapons officer wasn't so lucky, and he was killed instantly after ejecting at supersonic speeds. 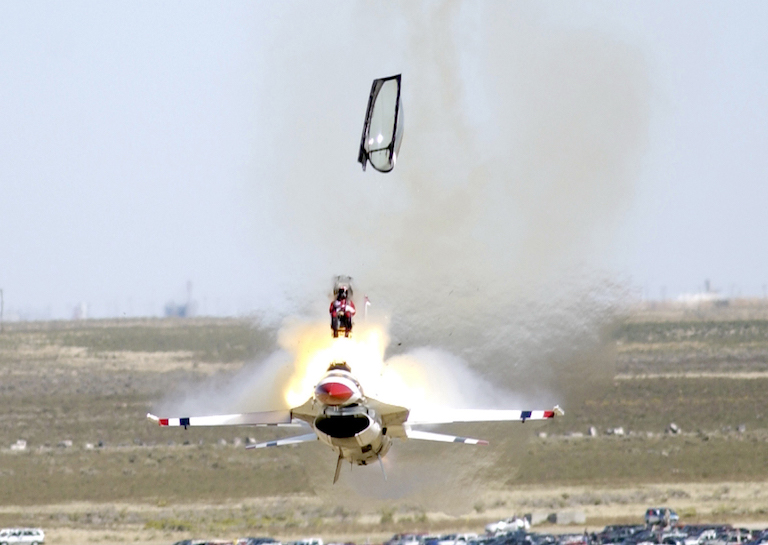 Military pilots are trained for the most extreme of circumstances, and even in the case that they do have to eject from their plane, survival doesn't always come easy.