"In space, no one can hear you scream." This famous tagline from the sci-fi thriller Alien couldn't be more accurate, especially given NASA's latest news release. NASA's Cassini spacecraft just sent in the first-ever audio of Saturn's rings. If you've ever wanted to hear the silence of space, this is it.

The sound files came after Cassini's second dive through Saturn's rings. However, the spacecraft recorded the audio files during its first dive on April 26. Not only does this mark the first time we've heard what Saturn sounds like, it's also the first time a spacecraft safely ventured between Saturn and its rings. 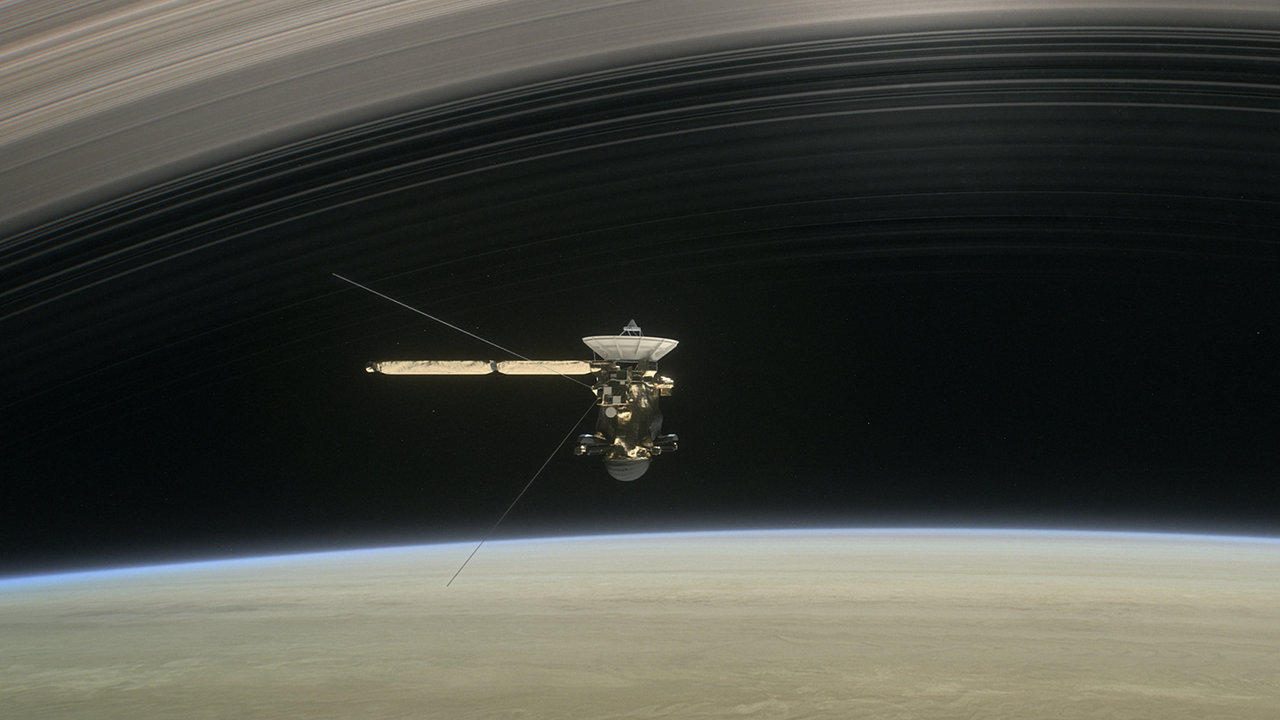 Cassini passed through Saturn's rings and used a Radio and Plasma Wave Science instrument to detect particles. RPWS systems detect radio and plasma waves which then get converted into sound bites. It's not the silence we would hear should we find ourselves jettisoned off into outer space.

Listening to the clips doesn't sound completely silent, especially when the static is so prevalent. However, NASA researchers expected to hear hundreds of tiny pings from particulates. The fact that they heard nothing but static indicates the gap between Saturn and its rings is emptier than they thought.

None of the particles Cassini encountered were bigger than smoke particles, NASA reported.

"The region between the rings and Saturn is 'the big empty,' apparently," said Cassini Project Manager Earl Maize of NASA's Jet Propulsion Laboratory in Pasadena, California. "Cassini will stay the course, while the scientists work on the mystery of why the dust level is much lower than expected."

"It was a bit disorienting -- we weren't hearing what we expected to hear," said William Kurth, RPWS team lead at the University of Iowa, Iowa City.

"I've listened to our data from the first dive several times and I can probably count on my hands the number of dust particle impacts I hear."

This definitely won't be the last bit of incredible information we get from Cassini. The spacecraft has 20 more dives left before it burns up in Saturn's atmosphere. Cassini's final descent and the grand finale is scheduled for this September.

Cassini's run in with silence is the first odd audio bite ever gathered. In 2016, NASA documented the sounds of Jupiter. The Juno spacecraft captured the planet's "roar" through electric field measurements. Juno's Waves instrument captured the bow shock of Jupiter's huge magnetic field. NASA likened the event to capturing a sonic boom in outer space.