The Livens Large Gallery Flame Projectors might well have shorten the first world war if built en masse. Only four were ever built and only one, to date, has ever been found.

Imagine the war-torn landscape of the Somme during 1916. Now imagine a small nozzle rising above the battlefield from a hidden underground tunnel, pivoting and spewing an arc of flame over a distance of 300 feet (91 meters) right into German trenches. This is one of the Livens Large Gallery Flame Projectors, one of the more unique weapons developed by the British to break the literal deadlock of trench warfare.

All told it is believed four of these secret underground weapons of terror were assembled in secret in shallow tunnels under no man's land. The plan was to unleash their full potential on the first day of the Somme on July 1st, 1916.

The shallow workings of two were destroyed by 'lucky' german shells but two survived and were deployed on the morning of the assault. And to great effect, where used the enemy trenches were taken with little if any casualties. Unheard of at the time.

Despite their incredible potential, very few were built and they have remained largely forgotten today,

One of the buried weapons was found by a  team of historians and archaeologists in 2010, more or less intact. It was located in a shell-damaged sap tunnel, in situ, beneath the mud of northern France near Mametz.

Peter Barton, a historian, and author on the projects team said of the Livens Large Gallery Flame Projectors:

"The idea was to fill the enemy with terror. It was a weapon, not of mass destruction, but of mass terror, pure and simple. The idea was to force the Germans to keep their heads down long enough for your infantry to cross no-man's-land.

"They were meant to scare the Germans. It didn't kill that many people. The idea was just to make them so frightened of this horrific thing. The effect of the flame was utterly stupendous. Where they were used, the British captured the German lines with very little loss at all."

The inventor of the Livens Large Gallery Flame Projectors as one William Howard Livens. He was an officer in the Royal Engineers but one with a personal vendetta against the Germans.

Livens was a very creative weapons developer throughout the war. His early work focussed on flame and chemical weaponry and delivery systems.

His work was fuelled by a burning desire for revenge against the troops of the Kaiser.  Though this could be somewhat exaggerated. There are currently a few theories regarding Liven's drive to develop such a terrible weapons. The first being a personal grudge against the Germans.

One such story regards the sinking of the Lusitania in 1915, with the loss of 1,100 lives. Livens believed his wife was one of those lost and vowed to kill as many German's to avenge her.

He began in earnest to experiment and develop gas and flame projectors of various types to fulfill his oath. Livens later discovered that his wife had actually not been aboard the Lusitania but would continue his work nonetheless.

Contemporary accounts and records contradict this story. For instance, Livens wasn't married until 1916.

Another, more likely reason is detailed in Who's Who in World War One by John Bourne. According to Bourne, it was the first use of poison gas by the Germans at the Second Battle of Ypres on 22 April 1915 that prompted Livens' vengeful ambitions. This alternative account is consistent with Livens' later statement that he began his experimental work at the end of April 1915.

Whatever his reasoning, the resultant Livens Large Gallery Flame Projector was truly impressive.

Each projector was around 56 foot long (17 meters), weighed about 2.5 tonnes and were nicknamed "squirts" by the crew's who manned them.

WW1 saw the deployment of various experimental weapons, especially by the British. The first tanks, gas shells and aircraft were all used with various levels of success.

The Livens projector, however, had an enormous impact on its first use albeit in very limited parts of the battlefield. Each machine was operated by around 8 crew from the Royal Engineers Special Brigade, the so-called "Z" company.

The projectors needed around 300 men to assemble, with each part being carried, piece by piece, through the underground tunnels.

Each one of the tubular weapons working like a large piston powered by compressed gas. This gas was used to project the diesel and kerosene mixture through the surface nozzle.

Despite the time and energy needed to manufacture and assemble the devices, each one could only be fired three times. Each blast lasted for around ten seconds.

This would mean deploying around 1,300 liters of burning fuel. Not all of this fuel would burn immediately, however, Some of the unburnt fuel would collect in and on trench structures and continue burning long after the attack.

Some were even supplied to the Russians after the Somme but only used once again by the British in 1917 during an offensive near Diksmuide, Belgium.

One of these machines was found during a Time Team special. A team of Royal Engineers was also tasked with building a modern replica of one of the  Livens Large Gallery Flame Projectors. The result was truly terrifying.

Why weren't they mass produced?

As impressive as the Livens Large Gallery Flame Projectors were they use as a weapon of war was rather limited. There massive size and need for underground sapping works to deploy meant they were only useful in projected static warfare. 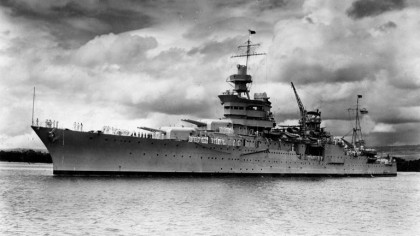 The system's design was also very exposed and easily destroyed above ground by artillery, hence their need to be deployed underground. They were, therefore, great for breaking entrenched troops but only after weeks of preparation. They would then need to be dismantled and moved to the next location. A slow and laborious process.

Although very few Livens Large Gallery Flame Projectors were ever built at least one, partial example of them has finally been recovered.