Living room war winning Apple TV, if they make it

If Apple wants to beat everyone in the living room wars then this is what they need to come up with: An Apple TV for $99 that packs in all the oomph of the Apple iPhone 5S with a newer and larger remote control, which can double up as a full gamepad, plus a motion joystick like the Nintendo Wiimote. Should this stunning concept turn into a reality then Apple would win the war hands down.

At the moment are living rooms are bombarded with tech. There is the cable box and while we hope that they will vanish soon, they are likely to be around for some time to come. We cannot see the arrival of a full a la carte TV arriving anytime soon. 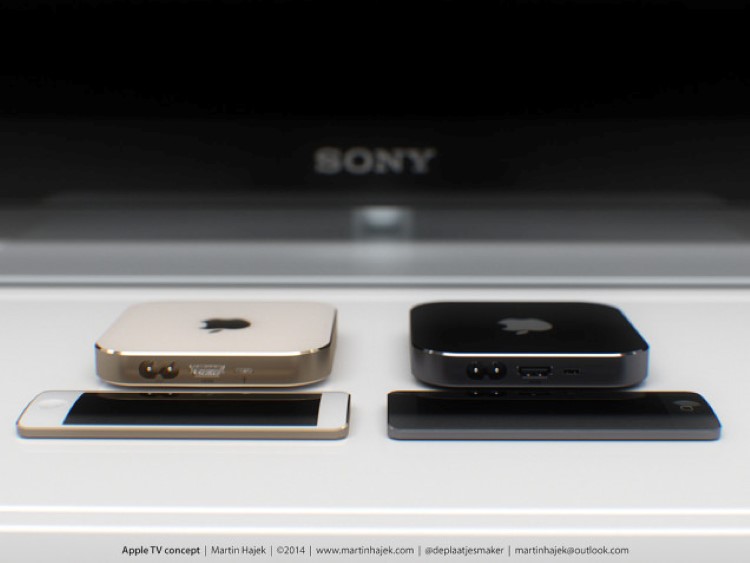 The “Smart TV” is another item that isn’t any smarter than the cable box. While nobody cares about smart TVs is seems that the likes of Apple, LG and others are not taking any notice.

Sony and Microsoft both have living room solutions that are ok but they are too expensive at around $400 for the PS4 and $500 for the Xbox One. The price is only justified if you like to play the expensive games that are released. 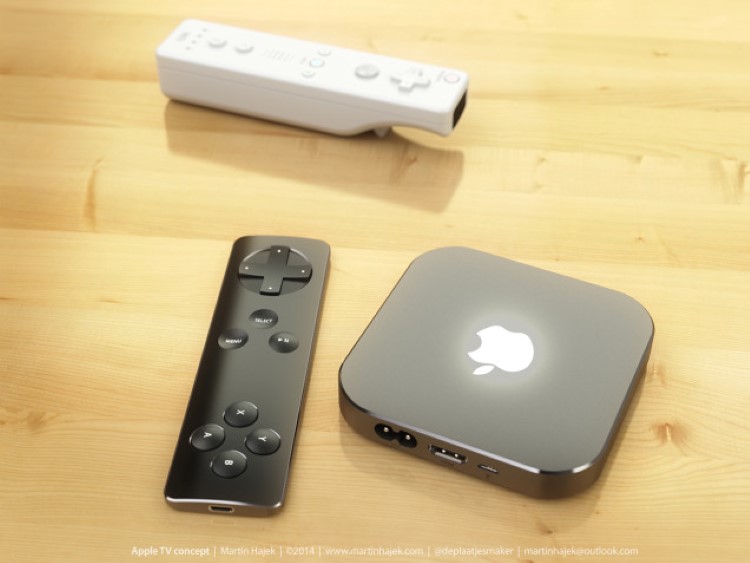 Smart TV boxes are out and the best among these is the Roku, Apple TV and Chromecast. Apple TV should be the winner but Chromecast is also in a nice position too.

Apple TV has maturity over Chromecast and of course it has the Apple A5 processor just like the iPhone and the iPad. Chromecast in the current version is like a stripped down version of Android which can push video and audio. However at the moment it doesn’t have what it takes to win the living room battle.

So we are back to Apple TV, which has an elegant look, is simple to use and offers a wide range of channels along with video and music content, plus a free radio service that is great. If it has the powers of iOS then it could become as powerful as the iPhone or iPad. It needs another piece and this brings us to the point.

With a new Apple TV being just around the corner, Martin Hajek has created a concept iPhone 5S inspired Apple TV which comes with a touchscreen remote control. One of the main strengths of the Apple TV at present is the remote, which is easy to use. In combination with the on-screen navigation that is simple, you could say that it was almost perfect.

Martin was told that the Apple TV needs to be fine-tuned when it comes to the remote and it should be turned into a Wiimote. It should be made larger and it should have a D pad, gyroscopes and four action buttons. He was sent a drawing and asked if he could come up with something along the same lines, and he did. 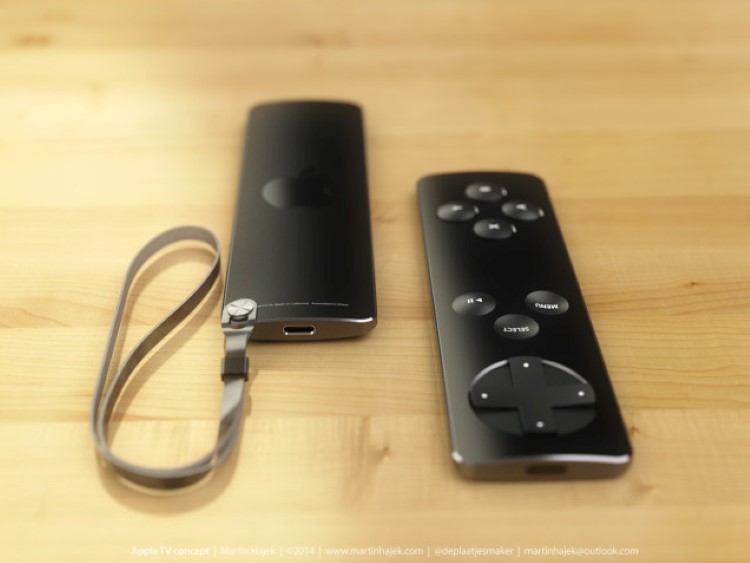 So Apple needs this final piece and they could win the living room wars. Apple TV could essentially become the biggest thing on the planet and in everyone’s home as it would cover movies, video, pictures, radio, music and apps and video games. 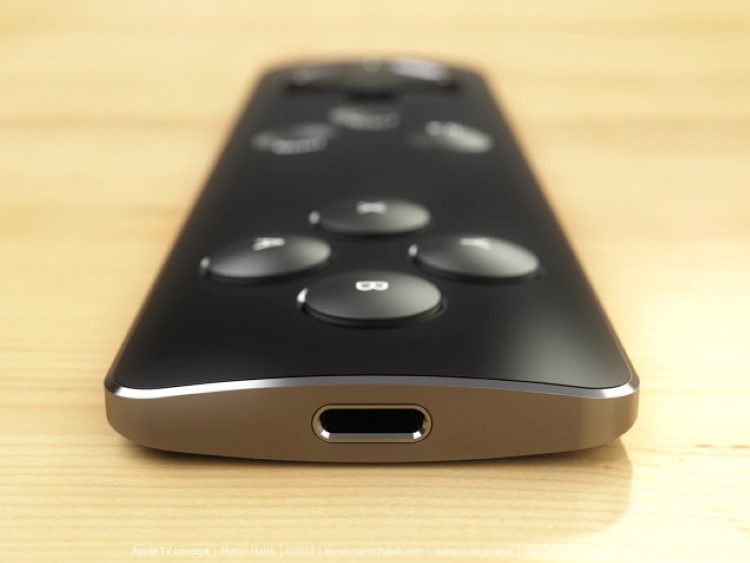 A system designed like this would be able to plug into the physical gamepad programming interface for iOS.

Of course some people may say that the Apple TV will not have the powerful graphics that the Xbox One has or the PS4. Does it really need them? Do people really want graphics that blow the mind; this is something that only hard core gamers want. 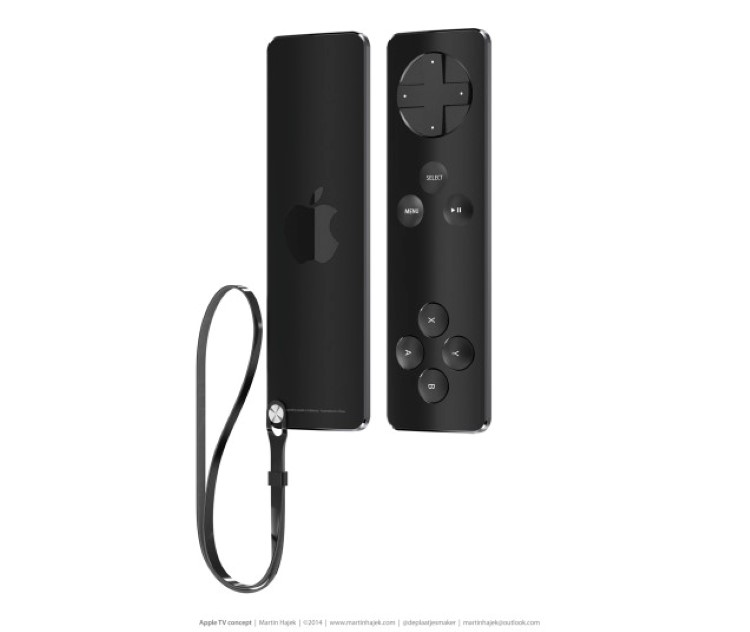 Most people would be happy enough with inexpensive games that came with good graphics that can be played on the TV with a gamepad that can also be used as a TV remote. 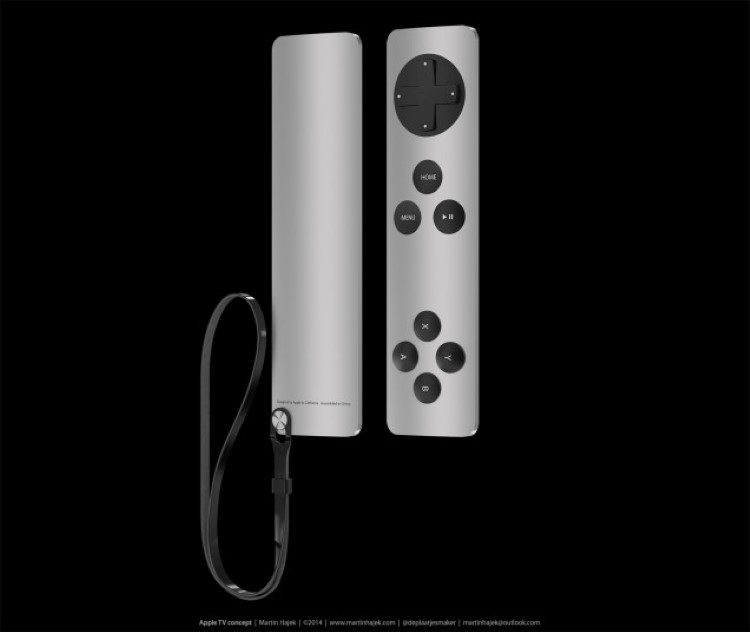 Apple could make this dream game and app enabled Apple TV and they may do just this.