Lockheed Martin's Laser Defense System can Take Down any Missile

Lasers have been making their rounds in recent technological advances, from quantum cooling to impressively tiny batteries, the focused light source can do a lot. One aspect of technological advancement in which lasers have been explored is the military and defense industry. Lockheed Martin has developed much in the sense of laser defense systems, and they have just released a video explaining how their new technology works. Developed for the U.S. military, the new aircraft or ship mounted lasers would be capable of taking down incoming missiles and projectiles with ease, check it out.

Part of the issues that have held laser defense systems back in the past is the incredible amount of power needed to operate the mechanisms, as well as their operating inefficiencies. In theory, the technology has shown a lot of promise when it comes to defense integration, and it would appear that Lockheed Martin has begin to overcome some of the previously limiting factors in the industry.

Lockheed Martin claims to have developed "innovative fiber lasers, sophisticated beam control and auxiliary technologies," pushing the boundaries of what laser systems can do. Lasers can be used in both offensive and defensive systems, but most commonly they are seen as defensive mechanisms against enemy threats.

Currently, systems are limited to what they can destroy simply by the power which can be contained within mobile platforms. As storage capacity increases, mobile strike capabilities will increase as well, and larger targets will become capable of being mitigated. 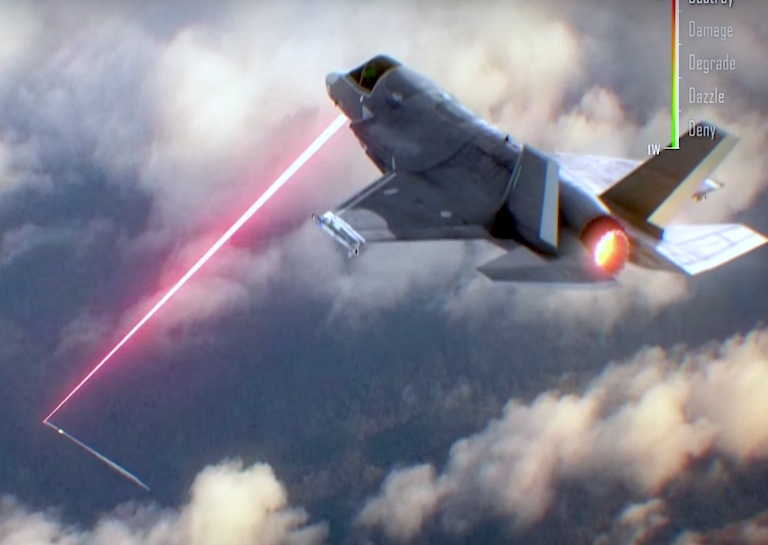 Each laser system uses not one larger laser, but rather an array of smaller lasers to pack the desired punch. Systems currently made public include a 10 KW prototype laser system which is capable of destroying small targets, and even a 30 KW system which blew up a truck last year. The future successors of these modern systems will likely gain prevalence being mounted on U.S. Navy ships, as well as offensive aircraft throughout all military branches.