Driving to work is terrible. It's slow, frustrating, and incredibly boring. It is most likely the worst part of the day. That is unless you are Frantisek Hadrava, a 45-year old locksmith who hated his trip to work so much he built his own plane to cut down just 7 minutes off of his commute.

Hadrava dedicated his spare time over the past two years to construct the Vampira, an ultralight aircraft with a frame constructed almost entirely out of wood. The plane is very similar to the US-designed Minimax ultralight plane.

The main difference between the two versions is the canopy that the Minimax features. Unlike Minimax, Vampira leaves the pilot open to the elements.

Flying to work is more efficient than driving

Hadrava's plane is surprisingly fast. It's able to reach a top speed of 146km/h at a fuel consumption rate of 6 liters per hour. Surprisingly, Hadrava claims that his airplane is more efficient than driving since he travels in a relatively direct root and consumes less fuel. His commute is also 7 minutes faster now.

“By plane, it would take around 4-5 minutes if I flew directly, but I take a bit of a detour so that I don’t disturb people early in the morning. So it takes about 7 minutes.”

Hadrava makes the 15 km journey from the small village of Zdikov in the Czech Republic almost every day. It may seem like an exciting new way to go to work. But eventually, questions arise about the safety of a homebuilt plane and whether it meets the standards of conventional aircraft.

Is it safe to fly a home-built aircraft?

Building an aircraft may seem intimidating. However, the FAA assures that homebuilt aircraft have an accident rate of less than one percentage higher than the general aviation fleet. Of course, as with all new aircraft, they must undergo a thorough inspection conducted by a Government body be it the FAA, EASA, or otherwise.

Hadrava is far from the first amateur to tackle a homebuilt aircraft. In fact, it is rather common for individuals to construct their own aircraft. Airplanes are incredibly expensive, by building one can save thousands and sometimes tens of thousands of dollars. Enthusiasts purchase a kit craft which consists of the main components of a plane. Typically, a kit craft takes from 500 hours to as many as 1,500 hours to build, dependent on the complexity and competence of the builder.

Of course, obtaining an E-AB airworthiness certificate (or an equivalent thereof) will require the aircraft to undergo 40 hours of testing. It can, however, be minimized to 25 hours if the engine and propeller used are FAA-approved. The aircraft must also fall under "the 51 percent rule", that is an amateur builder must construct a minimum of 51 percent of the aircraft.

More information about building aircraft at home can be found on the EAA website. 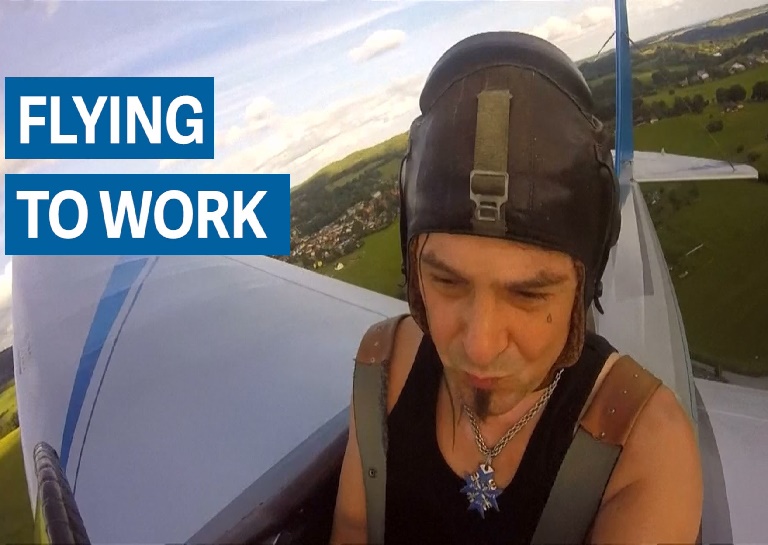 SEE ALSO: Build your own Aircraft, Even Build a Jet!