Heathrow Airport in London is getting busier every year and while we have heard of plans that have been focused on building a new runway at the airport, the Mayor of London, Boris Johnson, is considering abandoning the current site of the airport and starting over by building a brand new airport on the Thames Estuary on a floating island.

While at the moment it does sound rather ambitious, but if it does come to fruition the old site where Heathrow airport is standing now would be available for redevelopment. Now, the office of the Mayor has shown off three proposals that could transform the old site into a new town which has been given the name of Heathrow City.

The Transport for London commissioned the proposals on behalf of the Mayor of London, and residents along with visitors to London can see them at a public viewing in Central London at the New London Architecture galleries. They are on show until 9 August 2014. At the moment the proposals seem to be more along the lines of a starting project if plans should go ahead, rather than them being seen as completed plans.

One of the most “out of this world” proposals is a very striking idea which came from Hawkins/Brown. The proposal is called Romance of the Sky and in it you can see that there is an airship port along with prefabricated homes. These homes have been streamlined to meet the growing housing problems in London. The proposal also shows drones that are unmanned or remotely controlled, being used for parcel delivery. 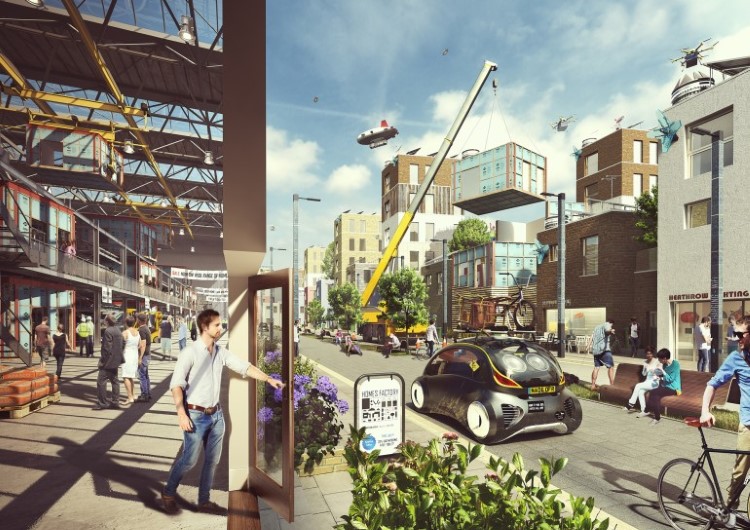 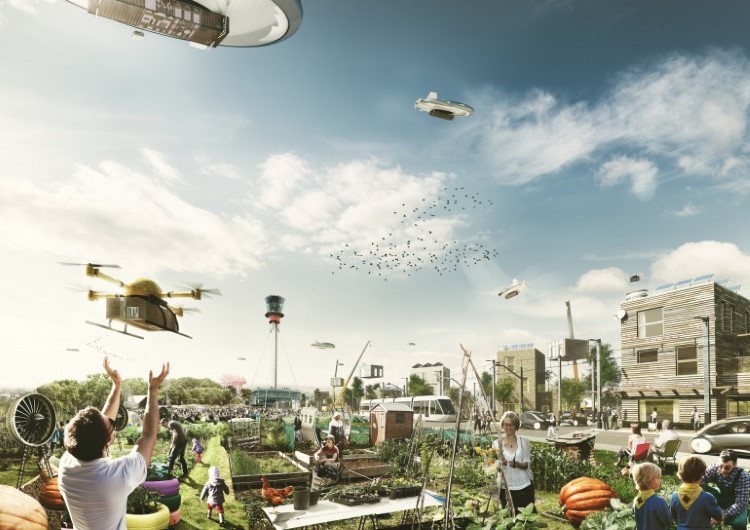 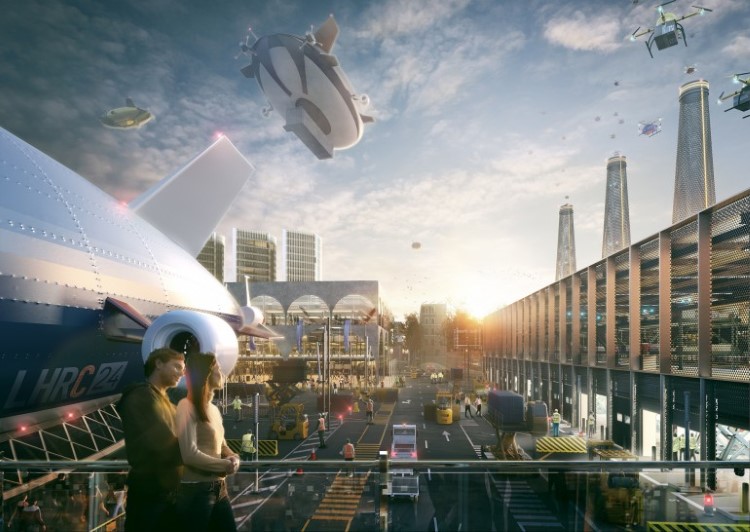 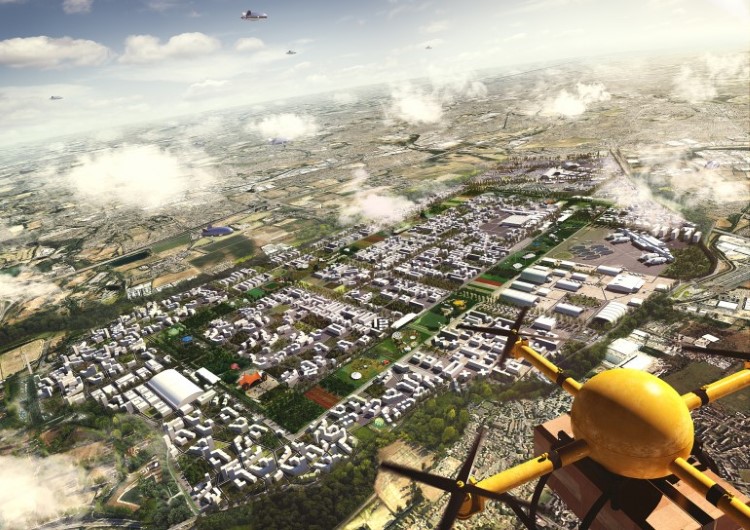 A partner at Hawkins/Brown said that Heathrow is a big site and it needs some big ideas. They said "Heathrow City should be a platform for innovation on a massive scale. We want to capture the same pioneering spirit and romance that characterized Heathrow's first airborne adventures. We hope our vision inspires other new ideas about Heathrow's and London's future."

The proposal from Rick Mather Architects goes by the name of the Transforming City and this proposal makes use of the infrastructure that is already on the current Heathrow site. The runways of the airport would be incorporated into the new design and would connect 10 different areas; these would include community spaces, retail spaces, education and residential areas. There would be a manufacturing hub designed to specialise in the production of housing, along with developments of products that are environmentally friendly. 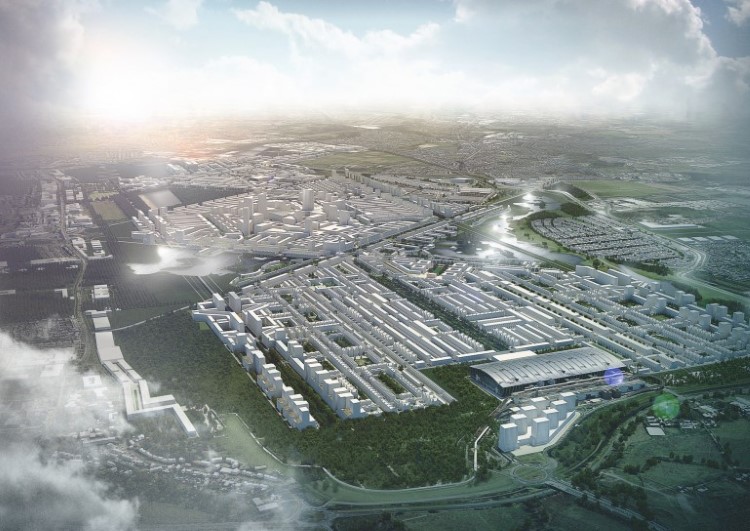 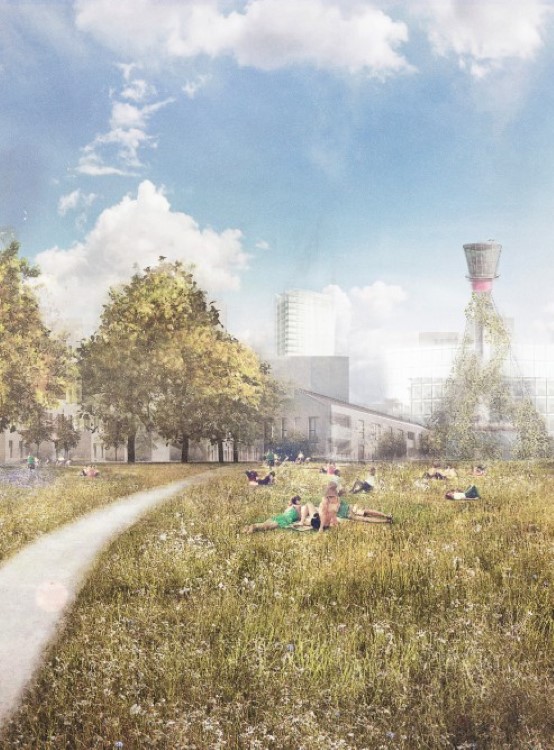 On behalf of Rick Mather Architects it was said, "Our proposal 'The Transforming City' explores the natural emergence of a vibrant and integrated new hub city from the existing airport structure, embedded in its setting and wider landscape, singular and distinctive, at one with its immediate setting and locality, yet fully tuned for regional, national and international opportunity."

Maccreanor Lavington offered a proposal called the Liveable Landscape and again uses the old site of Heathrow airport, while building upon it at the same time. The airport would be home to new housing, along with a technology campus, retail hub and a civic centre.

The director of Maccreanor Lavington said that Heathrow had now outgrown its location and went on to say, "If London is to maximize its influence from coast to coast then the airport should move and this site should be the future catalyst."

If redevelopment of Heathrow Airport does go ahead, the Mayor’s office said it could provide 80,000 homes along with 90,000 jobs. The redevelopment could also generate as much as £7.5 billion for the economy of the UK.