The Longest-Lasting Light: 115 Years of Being Turned On 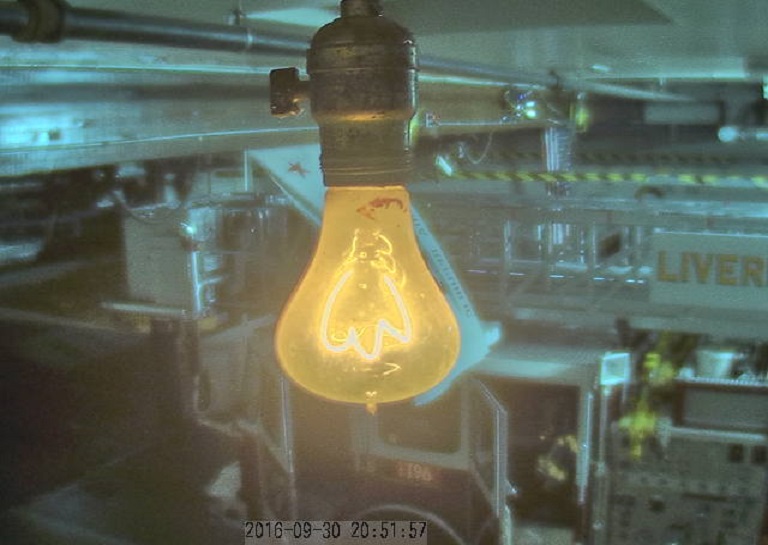 A lightbulb which was installed in Livermore, California, has remained functioning for more than 115 years.

The lightbulb was originally used in a fire department hose cart in 1901. Soon after it was relocated to the main firehouse. Two years later, it was moved to an entirely new station. The bulb survived renovations to the station in 1937 in which required it to be turned off for a week. Despite power outages, surges and time, the light still works.

The claims seem extravagant when compared to modern lightbulbs. Incandescent bulbs average a mere 1,200 hours. Modern compact fluorescent bulbs can burn up to 10,000 hours. LEDs can last up to 50,000 hours. The firehouse's staple bulb has held unprotected for over 1 million hours. There are copious amounts of newspaper records to verify the centennial lightbulb's extensive history.

"We have to take a guess sometimes that it's a little freak of nature and the development, but they did make quality bulbs back then," he said in an interview with The Good Stuff YouTube channel.

By modern standards, the bulb is surprisingly primitive. It was invented by Adolphe A. Chaillete of the Shelby Electric Company. The bulb is hand blown and uses a carbon filament. At the time of its original production, bulbs were seen as novel innovations and luxury items. However, even the high production quality doesn't provide a clear explanation to the bulb's longevity.

The bulb will remain in place until its lights go out, and with it, more than 115 years of history. To this day, no one is exactly sure how the light bulb is still lit, but  no one is willing to take it apart.

Witness the light's staying power for yourself through the Centennial Bulb Cam.