When it comes to science, technology, engineering, and math (STEM) degrees, a new study has found that looks unfortunately matter and it turns out the discrepancies are based on race.

Researchers from Rice University examined a five-year history of students who went to college for a STEM degree. They then measured how long they stayed in their degrees against coded photos of the students.

The photo coding was based on the extent to which students exhibited physical features considered stereotypical for their races (white, black or Asian). The researchers then employed logistic regression analysis.

"I think we live in a presumed meritocracy where people believe what you get on tests and how you do in the classroom is what matters," Hebl said.

"Our research says that your looks do matter and can impact your likelihood to depart or remain in a STEM field. And that is pretty shocking."

To further test their theory, the researchers devised a second part to the study where they had academic advisers from 50 top US universities recommend which students should take STEM-related classes. The assessment was based on pictures of the students. 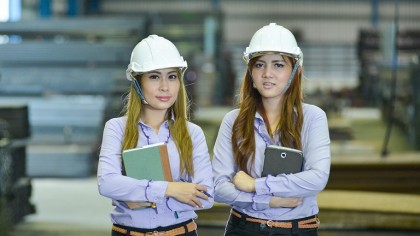 The pictures shown were always of the same race and gender. The only difference was that one was more racially stereotypical than the other.

The researchers reported that advisers were considerably more likely to recommend stereotypically looking Asian male and female students to take the STEM class. More worrisome, they were less likely to choose stereotypically black women. However, the bias did not extend, to black men.

The researchers believe that society and researchers need to do more work on understanding the biases within races, versus just between races.

"This study is important because it raises awareness about how decisions based on stereotypes can amount to very real negative outcomes for STEM students," the authors wrote.

"We hope that by bringing attention to this topic, it will create ripples of awareness and behaviors that lead to more authentic, meritocratically based outcomes."

The study is published in the Journal of Personality and Social Psychology.