Los Angeles will paint its streets with a gray paint called CoolSeal as part of the city’s plan to reduce the urban heat island effect.

Los Angeles is tackling climate change by painting its streets with a paint that can reduce the effects of rising temperatures.

The color black absorbs all wavelengths of light and converts them into heat. Cities with high amounts of black asphalt roads, like Los Angeles, feel the effect of the sun heating its surfaces and in turn heating the city. To combat this effect, Los Angeles is painting its streets with a gray paint called CoolSeal. The light colored paint will hopefully reduce the city’s overall temperature, making it a more pleasant place to live now and in the future.

The paint is made by a local Californian company called GuardTop. Like all good painting projects, the city of Los Angeles first did some test painting. The areas that were painted with the gray paint experienced a 6.6 degrees Celsius drop in temperature.

Los Angeles Mayor, Eric Garcetti says, “Climate change is a fact of life that people in Los Angeles and cities around the world live with every day. It is a grave threat to our health, our environment, and our economy — and it is not debatable or negotiable. This is an urgent challenge, and it’s much bigger than one person.” 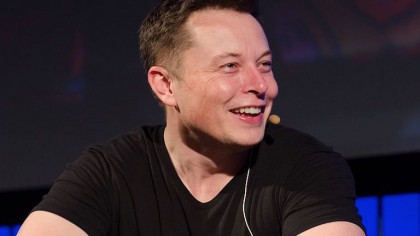 Los Angeles is leading the way on climate change reduction and adaptation. In June this year Mayor Garcetti and the city council passed a motion to incorporate some of the principles from the Paris Climate Agreement into the city’s own policies. This is despite the Donald Trump and the Republican administration pulling out of the agreement.

The city aims to reduce the temperature of the city by 3 degrees over the next 20 years. The Cool Seal paint will go some way in achieving this, other measures include mass plantings of trees.

Los Angeles will become a testing ground of the paint for other cities looking to reduce temperatures. Sales director of GuardTop, Jeff Luzar says of the project, "We are hoping to inspire other cities to experiment with different ways to reduce the heat island effect."  He added, "Potentially there could be a huge market for cool pavement products, and in fact, it's part of a much larger economic trend where solutions for climate change could be the next great investments for the future".

The state of California to use 100% renewable energy by 2045

The state of California is also looking to the future and making climate related policy decisions. It has pledged to use 100 percent renewable energy by 2045 and make its entire energy grid fossil fuel-free. The governor of California Edmund G. Brown Jr. has a vision for the state to reduce greenhouse gas emissions by 40% below 1990 levels by 2030. To achieve this the state has outlined six goals that will set them on the right path including reducing petroleum reliant vehicles, reducing GHG from natural and working lands. The state is also encouraging Californian based companies to do their part by providing resources to business about how to analyze and reduce their environmental footprints.