Los Angeles is likely to experience a mega-storm that could cause over 700 billion dollars in damage.

Los Angeles is due for a mega-storm that could result in the displacement of over 1.5 million people. A new report from the US Geological Survey says the storm could last for weeks and cause billions of dollars in damages.

SEE ALSO: HOW DESTRUCTIVE WILL THE NEXT HAYWARD FAULT EARTHQUAKE BE?

A 'meg- storm' is technically classified as an "ARkStorm”. The report details that the hypothetical storm would ravage the Whittier Narrows Dam, a key piece of the state's flood control system.

The US Army Engineer Corps says they have been working on a strategy to make Los Angeles storm proof for several years and have publicly denounced the state of the dam.

Dam will fail if the storm hits, warn experts

At public hearings, the earlier this year the agency stated that the dam no longer met its “tolerable-risk” guidelines and that it would not protect the city if a “mega-storm” hits. Los Angeles is a city of extreme weather and meteorological events. 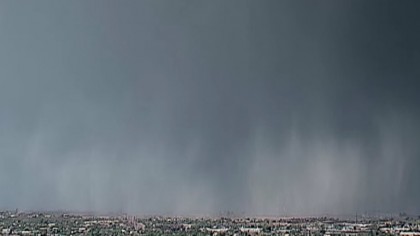 The predicted storm could be something similar to what the city experienced in December 1861. Then a 43-day storm ravaged the city, putting central and southern California underwater for six months.

Geological evidence suggests such a major storm event is likely every “every 100 to 200 years.”

According to the United States Geological Survey a massively powerful storm, one that is likely to be exacerbated by climate change would flood thousands of square kilometers of urban and agricultural land.

Infrastructure would be affected for days, possibly weeks with total damages costing more than $700 billion. An ARkstorm is characterized by the influence of an “atmospheric river” (AR).

"Atmospheric River" can travel across the state

This is a stream of water vapor that sits roughly 1.5 kilometers above the earth's surface. Created over the warm Pacific Ocean, they can travel large distances dumping rain causing flooding.

The U.S’s West coast is particularly vulnerable. But Atmospheric Rivers aren’t always catastrophic. In fact, they can be really important to the regular meteorological conditions of an area like California that relies on smaller AR’s to make up their annual rainfall.

But when these AR’s grow they have the potential to devastate. Atmospheric scientist David Kristovich, Ph.D. told Inverse that an AR could cry as much water as the Mississippi River. If a potential mega-storm isn’t bad enough California is also predicted to experience a catastrophic earthquake within the next 30 years.

Experts believe California has a 99.7 chance of a magnitude 6.7 or larger earthquake occurring in the next 30 years.

The US Army Corps of Engineers is urging both state and federal governments to upgrade infrastructure to minimize the impact of these imminent devastating weather events.

Become an In-Demand IT Pro with This $39 Certification Bundle

Greenland's Ice Is Melting, Seven-Times Faster Than the 1990s

Spain Has Declared a Climate Emergency, What Exactly Does that Mean?