Lotus Auctions Off Its Only Production Motorcycle 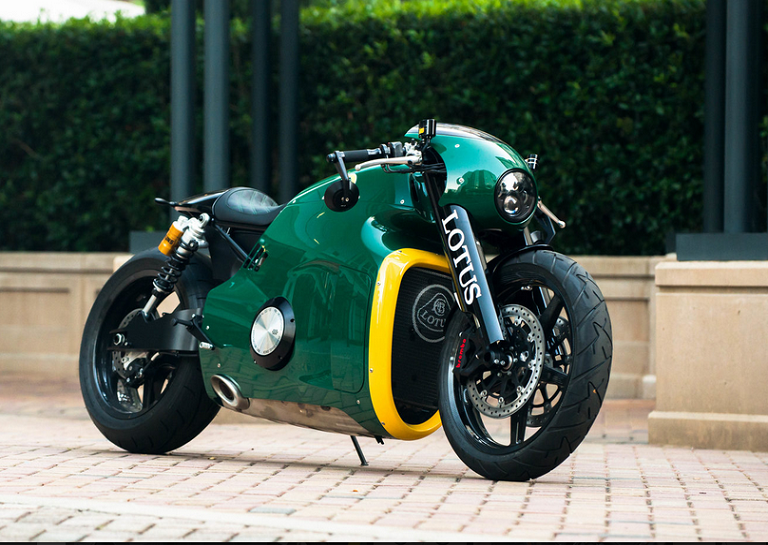 With the recent release of Lotus's new and only line of motorcycles, the first one is reported to go up for auction later this week.

The exotic motorcycle is designed by no other than the motorcycle whiz Daniel Simon. Simon, world renowned for his iconic Hollywood motorcycles including the Lightcycle from the movie “Tron Legacy”, as well as the ‘Bubbleship’ used by Tom Cruise in the recent release of Universal's sci-fi hit ‘Oblivion’. He is also a former designer for Bugatti Automobiles- needless to say, Simon likes to make things go fast- incredibly, stupidly fast.

With no such exception comes the design of the C-01 Lotus- the only production motorcycle made by Lotus. The first price point was set at US$137,000, however, with only 100 ever made, it is expected it will be sold for much higher at an estimated $370,000 - $450,000 . The action will take place in Pebble beach where it is to be auctioned off by Mecum.

The main drive to build the machine upon is to create a functional, yet elegant and beautiful motorcycle unlike any other. Simon adds

"With the Lotus C-01, we have only one ambition: to create a unique state-of-the-art machine that carries its brutal forces with elegance and style, a high-tech monster in a tailored suit. The C-01, with all its top notch components and materials, is first and foremost emotional, heartbreaking, at times playfully retro, and always clearly a Lotus. Lotus is a glamorous name with a rich history, and the C-01 celebrates it proudly: the shapes of the marvelous Lotus 49 were a main inspiration, and all color schemes pay homage to iconic Lotus racing liveries, such as the dashing black and gold. The intersection of past and future always fascinates, and so does the unique idea of the C-01.”

Under the hood lies a 200 HP TM-sourced 1.2-liter V-twin borrowed from the RC8R superbike. Such power requires 320mm Brembo racing brakes, twin Ohlins rear shocks, and two nearly all carbon-fiber wheels, housed within an aerospace-grade stainless steel frame. Other specs are as follows: