The CEO of luxury automaker Lotus talked his way out of a speeding infraction in a suburban area by saying he test drives his company's cars.

The CEO of Lotus sports cars gave a quick-thinking explanation for why he was speeding at 102 mph: he was simply test driving company cars in England. While that excuse normally wouldn't work on one of England's major suburban roads, it somehow worked for CEO Jean-Marc Gales.

Gales whizzed through the area over 30 miles faster than the A11's 70 mph speed limit in order to 'test out' a newer model of his company's luxury cars. Prior to this infraction, Gales already had eight points on his license, according to the Telegraph's reports. However, Gales somehow persuaded the magistrate that he shouldn't get any further points and possibly lose his license because it was imperative that he test out new cars himself.

Magistrate Mary Wyndham noted that Gales should avoid the A11 and other residential areas and stick to testing cars where they're meant to be tested -- on a test track.

Simon Nicholls defended Gales before the magistrates' court. Nicholls assured the magistrates that a short ban would be more helpful for everyone involved rather than adding more points to Gales's record.

"Of course he was driving very carefully," Nicholls said, "but he was not driving in accordance with the speed limit."

Nicholls later called the sentencing "handrails not handcuffs." He later told the Telegraph in an interview that the decision was a "common sense decision." 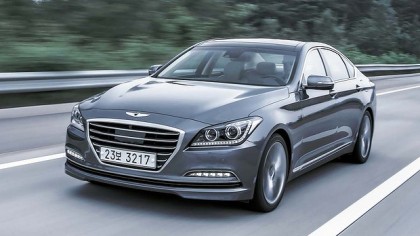 "There are people out there doing far worse - someone driving at 35mph on their mobile phone is far more dangerous," he said.

However, not everyone agrees with that mentality. Joshua Harris, director of campaigns at road safety charity Brake, said: “Driving over the speed limit is selfish, reckless and endangers lives.

“There is no justification for travelling at the speeds demonstrated in this case and Mr Gales should count himself lucky that he did not receive an additional six points on his licence, resulting in a 12 month ban.

“Excessive speeding is a menace on our roads and the law should be used to its fullest extent, making clear that this kind of behaviour will not be tolerated.”

Harris and other road safety advocates have a right to be frustrated. This particular sentencing isn't the first time Gales has committed driving infractions. It's not even the first time Gales has sped on the A11 roadway. In 2014, police caught Gales speeding at 96 mph on the same suburban road. However, that time he was given five points added to his record and fined an additional £400 ($567).

Had Gales received the same punishment for his infraction on this most recent incident, the CEO would be barred from the A11 for over six months.

Here's How to Make 'Tommy' Machine Gun Out of Cardboard