It's a stone, cold fact that many great ideas are very simple things. And of that genre, the ones that really shine are those that make you think, 'why hasn't anyone thought of that before?' LucidPipe, a truly elegant water to wire electric power generation system, is such an idea. Portland, Oregon based Lucid Energy has developed LucidPipe to generate electrical power from water flowing within the supply pipes that feed our cities and towns - Clean energy generated from an existing resource that remains virtually uninterrupted after installation. The company has recently installed a system in their home town, and has many more in the works, worldwide, from here in the U. S. to Europe, and South Africa.

LucidPipe is stunningly simple. A lift-based, vertical axis, spherical turbine is attached inline to water supply pipe. When water flows, it drives the hydrodynamic turbine and generates electricity, which is then fed back into the electrical grid. The Portland project, once fully operational, will generate upwards of 1,100 MW hours, roughly enough to energize one hundred and fifty homes. The company states that the energy produced will be worth in the neighborhood of two million dollars annually - Those are significant numbers, without a doubt; depending on specific conditions, "one mile of 42” diameter pipeline could produce as much as 3 megawatts or more of electricity."

Inline water pipe power generators are not a new idea, but one of this level of efficiency and flexibility certainly is. A few decades back, there was a resurgence in interest in small hydro power, everything from old abandoned systems to single home versions sprung up. Generally, the failure of such systems to catch on is predicated on two things, the fact that relatively few homes and places have access to a sufficient water source, and that the small, one house systems required some fairly serious pressure to generate effectively.

LucidPipe is a completely different concept, using large diameter, municipal water supply pipes coupled with very efficient generators. What this provides is truly viable, renewable source power generation, without the environmental vagaries that solar and wind generation face. Furthermore, since municipal water supply systems are in an ongoing state of repair and replacement, installing a system can be integrated into a city's infrastructure and budget with relatively low impact. 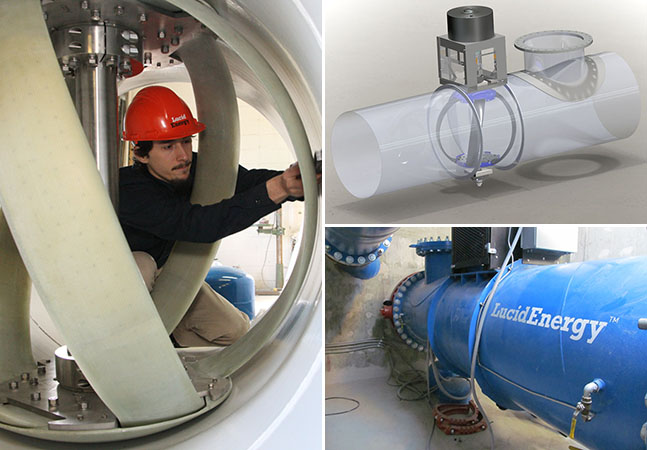 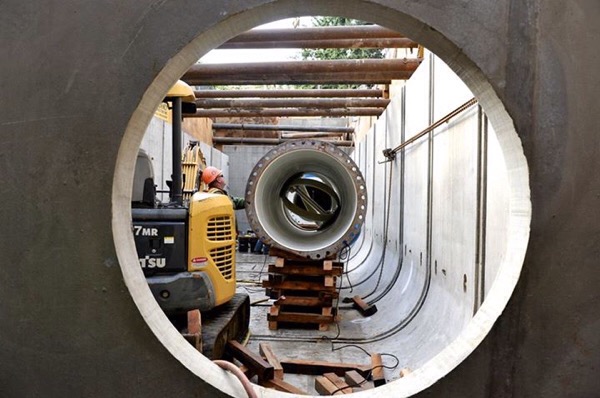 LucidPipe is remarkably efficient, with head pressure extraction as low as 1 PSI per unit. Because of that efficiency, generators can be mounted in series, as closely as 3 to 4 generator diameters apart, meaning that, "up to four LucidPipe units can be installed in a standard 40-foot section of pipe." LucidPipe's turbine design allows power generation through a wide variety of conditions. The system is currently designed to work with pipes from 24" to 96" in diameter. Naturally, power generated is directly proportional to water velocity. The company states that flow rates of 4 to 7 feet per second are typical, and such rates are quite common in municipal water supply systems. These operating parameters mean that no specialized modification to an existing system is needed to radically increase water velocity; pipe diameters may be simply reduced slightly, to increase water velocity, if need be. As such, the overall cost of adding generators is moderated, and in most applications, recouped within a relatively short time by generated power income. And that is genuinely a better mouse trap.

How to Lay Waterproof Floor Tiles like a Pro