Lucky Redditor Gets Bill Gates as Her Secret Santa

Reddit user /u/VietteLLC got a huge surprise for Christmas this year: a giant Pusheen, sent to her by Bill Gates.

Tis the season. Christmas time brings families together, season carols, the classic holiday fairytale, and for those who are good, Secret Santa. Now, most people tend to avoid Secret Santa or worry about the tradition. Basically, for those who do not know, Secret Santa, is a tradition where people are secretly assigned friends, colleagues, or family for the holidays. Within a relatively certain budget, you have to get that person a gift. The tradition can be fun, getting you a couple laughs and the occasional thoughtful gift. Some people dream of getting a really cool secret Santa and this Redditor got the ultimate Secret Santa: Billionaire, genius, and philanthropist, Bill Gates.

The Best Secret Santa Ever

A lucky Redditor who goes by /u/VietteLLC had the fun honor of having Bill Gates send her a gift for the holidays. Like many who are apart of the close-knit Reddit community, Viette decided to participate in the beloved RedditsGift exchange. 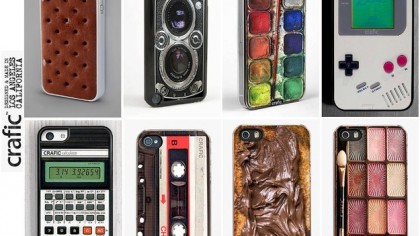 For those who do not know the about the seasonal exchange, RedditGifts is a massive online gift exchange that started in 2009 with the aims of connecting stranger-friends around the world and spreading holiday cheer. The exchange attracts a wide range of people from all walks of life which include 89,421 internet strangers from 160 different countries. It is an impressive exchange, so many different people "putting their faith in one another and sending gifts across the world." People who participate are encouraged spend around 20 dollars for the gifts.

It is widely known that the exchange attracts a wide range of people, but VietteLLC was not expecting Bill Gates to be her Santa Clause this year. The irony of the situation is that she is someone who she has described herself someone who is "obsessed with Bill Gates". In her Reddit post, she describes her shock and amazement to finding out who her secret Santa. She states,"I picked up a letter with a picture, and thought it was SUPER weird that someone was so obsessed with Bill Gates as to send me a photo of him." Bill also seemed to give her the perfect gift.

As someone who has a fond love of cats and hopes to start a cat shelter soon, a giant cat sized Pusheen from Bill himself seemed to be just right for VietteLLC. She describes her excitement in her post, stating "Then I just caught fragments of the letter all at once 'a donation has been made' 'bill gate', and my cat’s names. It clicked and I started to burst out loud laughing and crying simultaneously. I was a cliché."

Hopefully for those of you participating in Secret Santa this year, will also have an epic holiday season. Happy Holidays!

Musk, Bezos, and Gates lost over $115 billion this year