Increasing the fuel efficiency of modern commuter cars is great, but not much has been done to improve the fuel economies of the commercial trucking industries so far. Just this week, however, Mack Trucks unveiled a new garbage truck design that features a powertrain called Route. This powertrain could help revolutionize fuel efficiency in large trucks, as it uses the truck's braking energy to generate and store electricity. Ian Wright, a co-founder of Tesla, founded the company that developed the technology behind the innovative powertrain.

Four electric motors are fit inside the Route powertrain, which enables the truck to drive for upwards of 24 miles solely on electricity. 730 kW of electricity can be generated from the braking energy, according to PopSci. The onboard batteries also have the capability of being recharged with a Fulcrum Turbine Generator that can run on natural gas to keep the batteries charged when they are depleted, other than using braking energy. 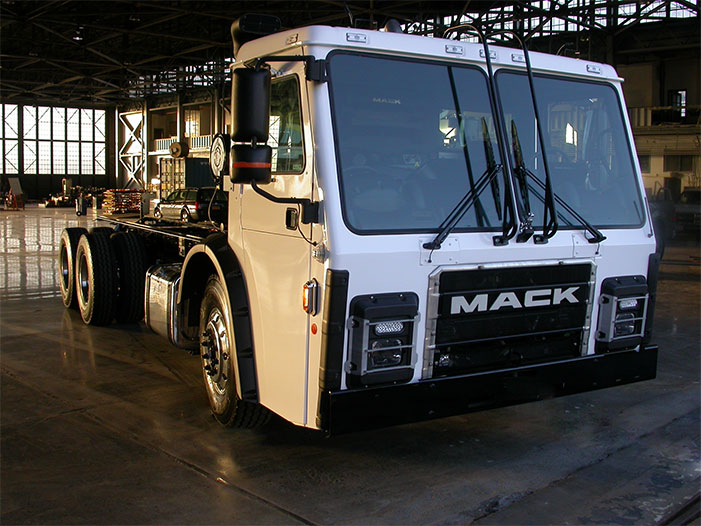 “Mack represents one of the most innovative manufacturers in the refuse industry, and we’re proud to showcase our technology alongside their Mack LR model. We thank them for recognizing our powertrain as a potential addition in their pursuit of innovation" ~ Ian Wright, Wrightspeed

For the big truck industry, like garbage trucks, it is a wonder why technology like this, that has been around for a while, has not yet seen a wider implementation. Huge amounts of braking energy are wasted through heat and noise when stopping or slowing down these large trucks, and now some of that energy can go to increasing range and fuel efficiency, like F1 race cars.