Mad inventor does it again with terrifying wrist mounted flame-thrower

Recently we reported on Colin Furze's wolverine claws that he knocked up in his project shed. The things seem pretty damn lethal and videos show both how he made them and himself manically laughing during a demonstration of slicing and dicing. Well, Furze promised 3 X-Men inspired creations by the end of the month and after showing off Magneto boots that let him walk on the ceiling,  he's done it again. 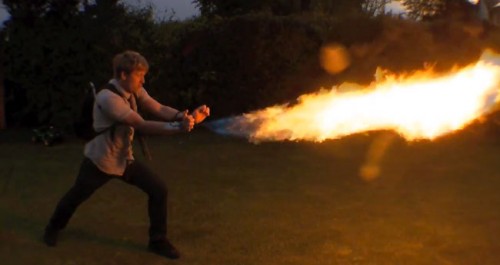 This time around Furze has created a wrist mounted flame-thrower in the style of X-Men's flame-tossing character Pyro. Like the wolverine claws, they require a backpack which this time carries propane fuel which disperses the fuel at a high enough speed as to not burn off his own fingers.

The flamethrower requires a double handed coordination to fire, with one hand acting as an ignition and the other as the fuel source. This also adds a layer of safety to this ridiculously dangerous creation as having both the ignition and fuel housed at one hand could lead to accidental misdirection of a massive flame. A cock of the wrists initiates the system and the propane bursts into a massive flame as it passes the lighter. 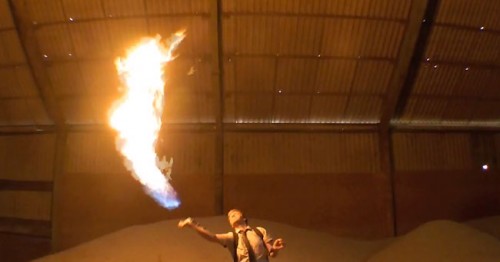 The guy is simply nuts and this is when we should probably add a 'do not try this at home' note here. Check out his manufacturing video below:

A New eVTOL CycloRotor Made Its First Successful Flight. With a 100-Year-Old Patent?