Secretive Startup magic Leap have finally released its smart goggles. The Florida-based company is set to ship its new technology in 2018.

They describe the glasses saying, "We're adding another dimension to computing. Where digital respects the physical. And they work together to make life better. Magic Leap One is built for creators who want to change how we experience the world."

The glasses system consist of a pair of sensor- and camera-embedded glasses, a battery pack and computing pack. The Magic Leap glasses, called Lightwear, will allow the wearer to integrate computer graphics into the real world, Magic Leap differentiates themselves from the competition by calling this experience "mixed reality” rather than the more widely used "augmented reality."

While the uses of the glasses remain only limited to software developers imagination, Magic Leap offers a few uses straight off the bat. The company suggests that the product's main areas of use will include display, interface, audio, and sensor technology. One use it was eager to highlight is for online shopping or "pulling the web out of the screen." The glasses will allow developers to create ways to optimize spatial browsing reimagining the online shopping experiences by having greater control and detail of 3D objects.

In announcing the product, the company also describes its Augmented Reality software saying, "Our light-field photonics generate digital light at different depths and blend seamlessly with natural light to produce lifelike digital objects that coexist in the real world."

In addition to the software development, the company has a software interface: "We live and think in a 3D world, not on a flat screen. Our spatial interface includes multiple input modes including voice, gesture, head pose and eye tracking."

Rony Abovitz, CEO for Magic Leap, spoke to Rolling Stone about the breakthrough for the product being the way in which they focussed on creating a headset that acted more aligned with the brain's visual cortex.

"Our thought was, if we could figure out this signal and or approximate it, maybe it would be really cool to encode that into a wafer," Abovitz said. "That we could make a small wafer that could emit the digital light field signal back through the front again. That was the key idea.” 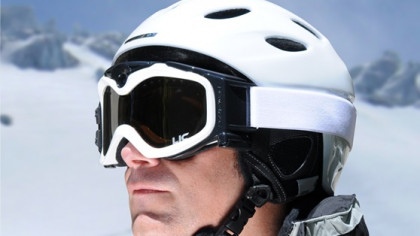 Magic Leap stated it will open a software-development kit with tools, documentation, and support for developers in early 2018. The glasses themselves will also be available in 2018. Prices for the high-tech device are unconfirmed but industry rumors point to a starting price of between $1,000 and $1,500 USD.

Magic Leap was founded by Abovitz in 2010. By 2014, when the company was still in stealth mode it had managed to raise more than $540 million of venture funding from big companies including Google, Qualcomm, Andreessen Horowitz, and Kleiner Perkins. Magic Leap’s AR goggles come after years of speculation about the company's bigger plan that at one stage involved a graphic novel and film development.