There are magical roads in the world, and the Passage du Gois is  really unique and magical in an incomparable way. It is a natural passage 4.3 km length, located on the Atlantic coast of France. It links the Island of Noirmoutier and the mainland at Beauvoir-sur-Mer to each other for just a few hours, as much nature gives a chance. 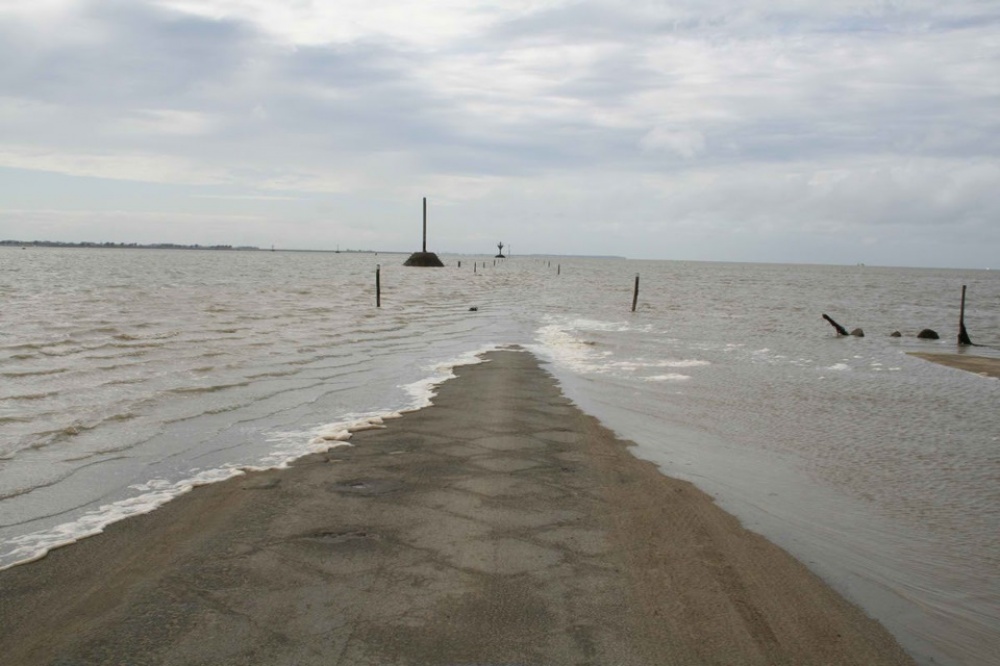 Passage du Gois, also known, as Gôa, is accessible only when the tide is low, for around 3 hours, only 1 ½ hourS before the lowest tide and 1 ½ houSr afterward. It is a sandbank between the Island of Noirmoutier and the mainland at Beauvoir-sur-Mer.

Nowadays, it is a favorite tourist spot for people who are into natural and extraordinary places, but it was used in the 18th-century for the first time. It has been a good source for shell seekers, because of its many types of edible sea shells, which are a delicious part of French cuisine. After the 18th century, the authorities made a paved road and rescue plies to mitigate the accident possibilities, which have happened many times before, because of the rising water. People can climb onto the rescue piles if the water rapidly rises. 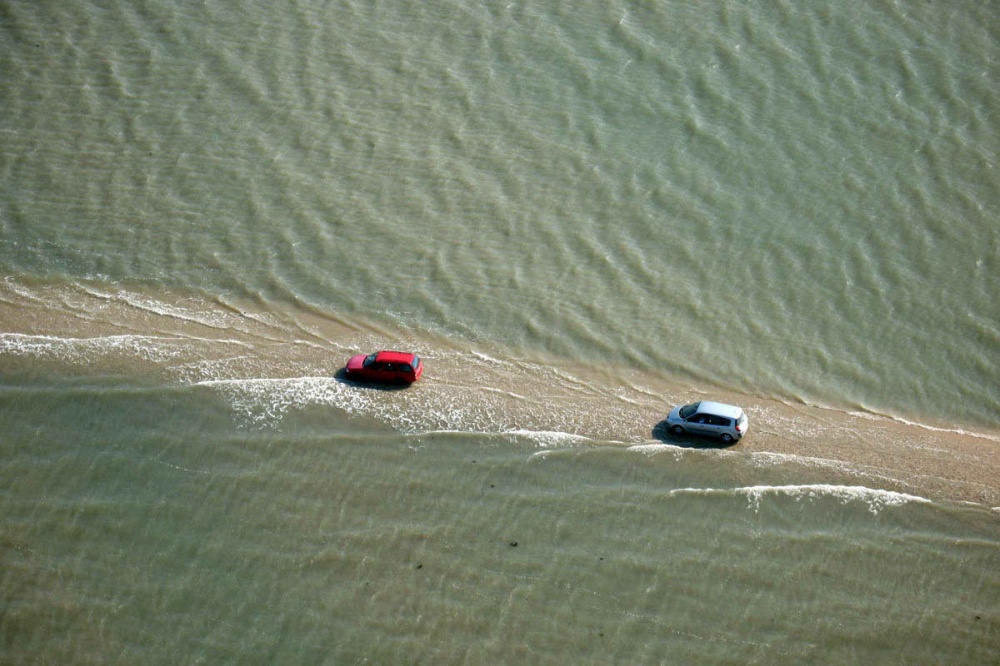 There is also panels installed on the both sides of the passage, which directs and advises that the crossing is possible and safe or not. In this case, even if crossing the passage is not possible, you can still use the Noirmoutier by using the bridge from Fromantine to visit the island. 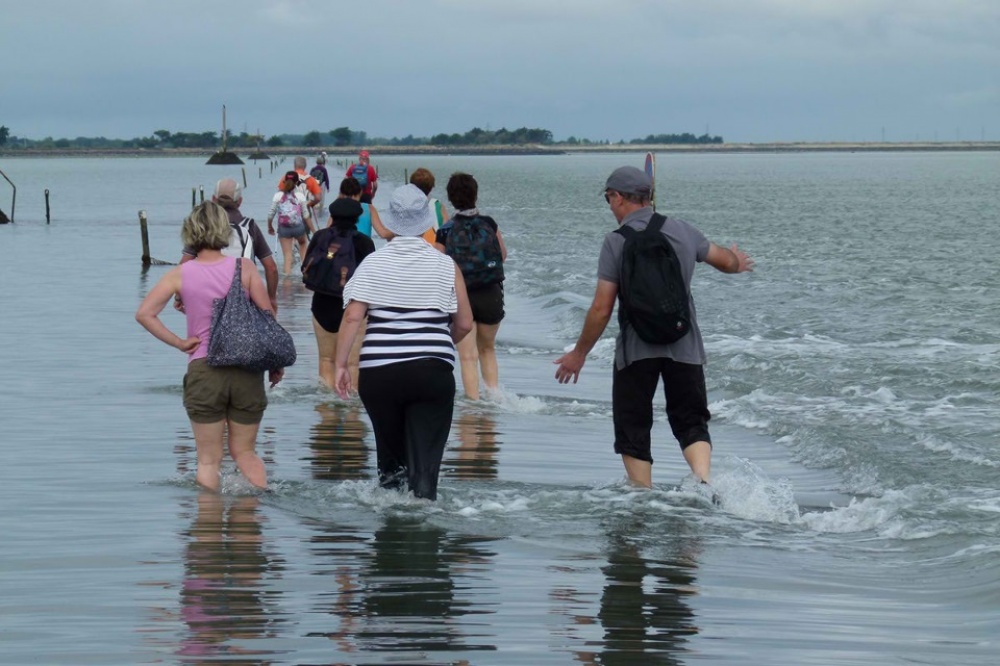 Every year, the Passage du Gois welcomes events like the Les Foulées du Gois, since June 1978, which is a running race on foot against to the rising water. Thousands of runners and nature lovers attend this event to have an unforgettable memory, and surprisingly, professional runners have to be the last to start. 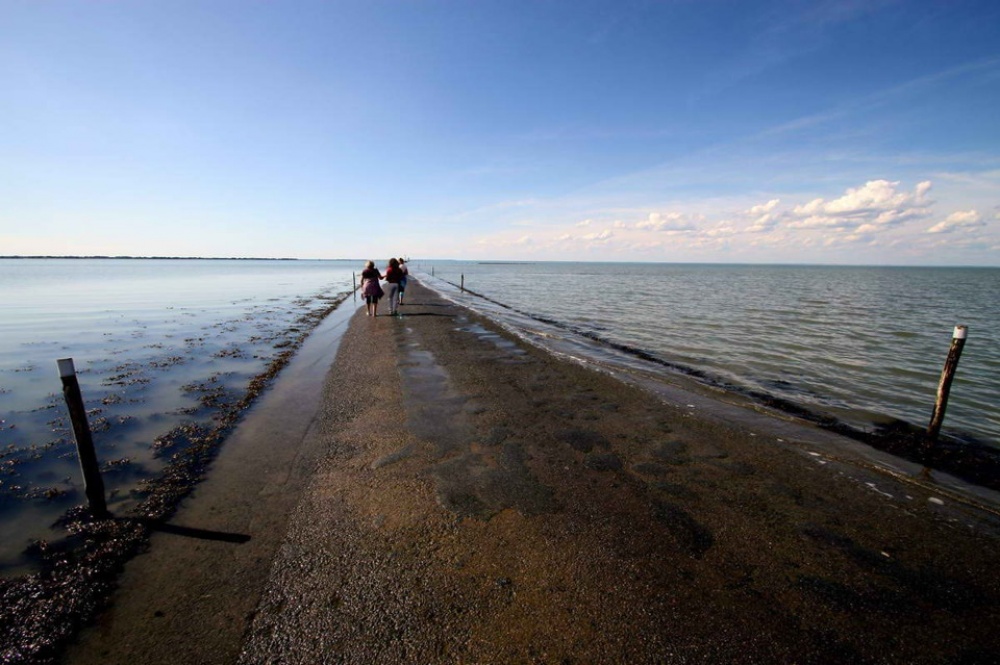 Once, Passage du Gois was used by the Tour de France bicycle race on stage two in 1999. It was the toughest part of the race with its slippery surface. Even one of the racers fell and the crash caused a six- minute split in the finishes. We could say that the passage ended the hopes of many favorite riders hopes to win the race as like Alex Zülle. Passage du Gois was used again by Tour de France in 2011 as the start point of the first stage as well. 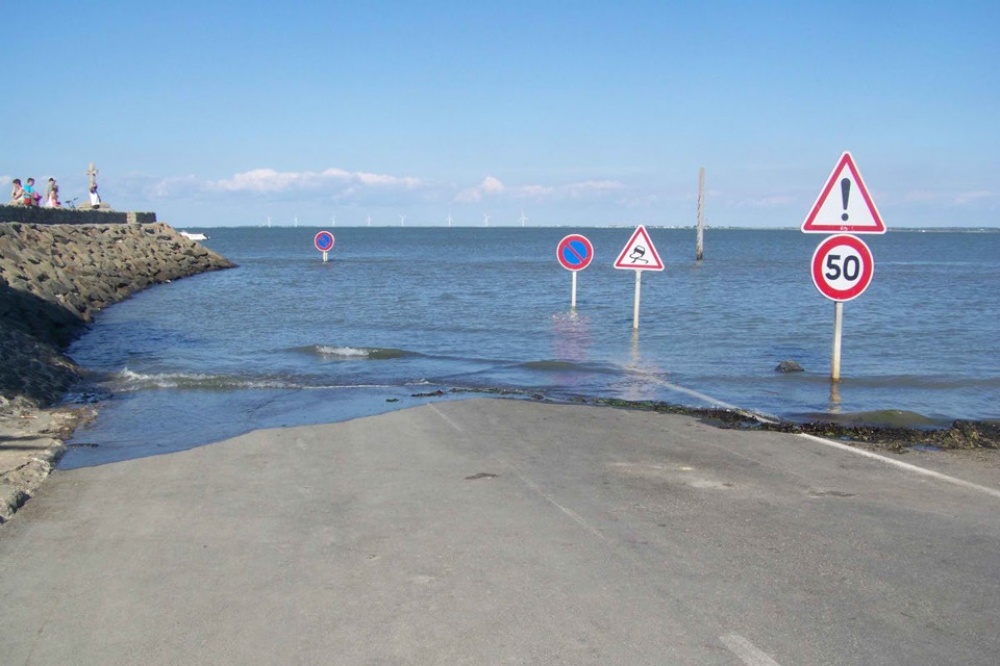 The authorities have installed many road signs on the both side of the road to avoid accident possibilities, making it clear that parking on the pavement is forbidden and the drivers have to drive really slowly.

Passage du Gois is one of the most beautiful natural heritages of the world, and it’s a must see place for all the tourists who are visiting the area, even the weather is bad or not. If you travel around, don’t forget to pick up some sea shells for dinner and enjoy it with a bottle of local wine after your experience.