For the those interested in scientific art pieces or those who don't know what to buy the person who has everything, give the gift of RIZE Ferroflow.

Gifting a RIZE Ferroflow is like gifting someone the coolest and most scientific lava lamp they'll ever see.

The magnetic Ferrofluid can "grow" into fascinating forms, shaped by h-plane of the base magnet. The unique sculpture comes from MTR Designs, and it comes in different color options as well.

Electrical Engineer Matt Robison the founder of MTR Designs claims they spent several years on the research and adds:

"It is the first of its kind ever available to the general public." 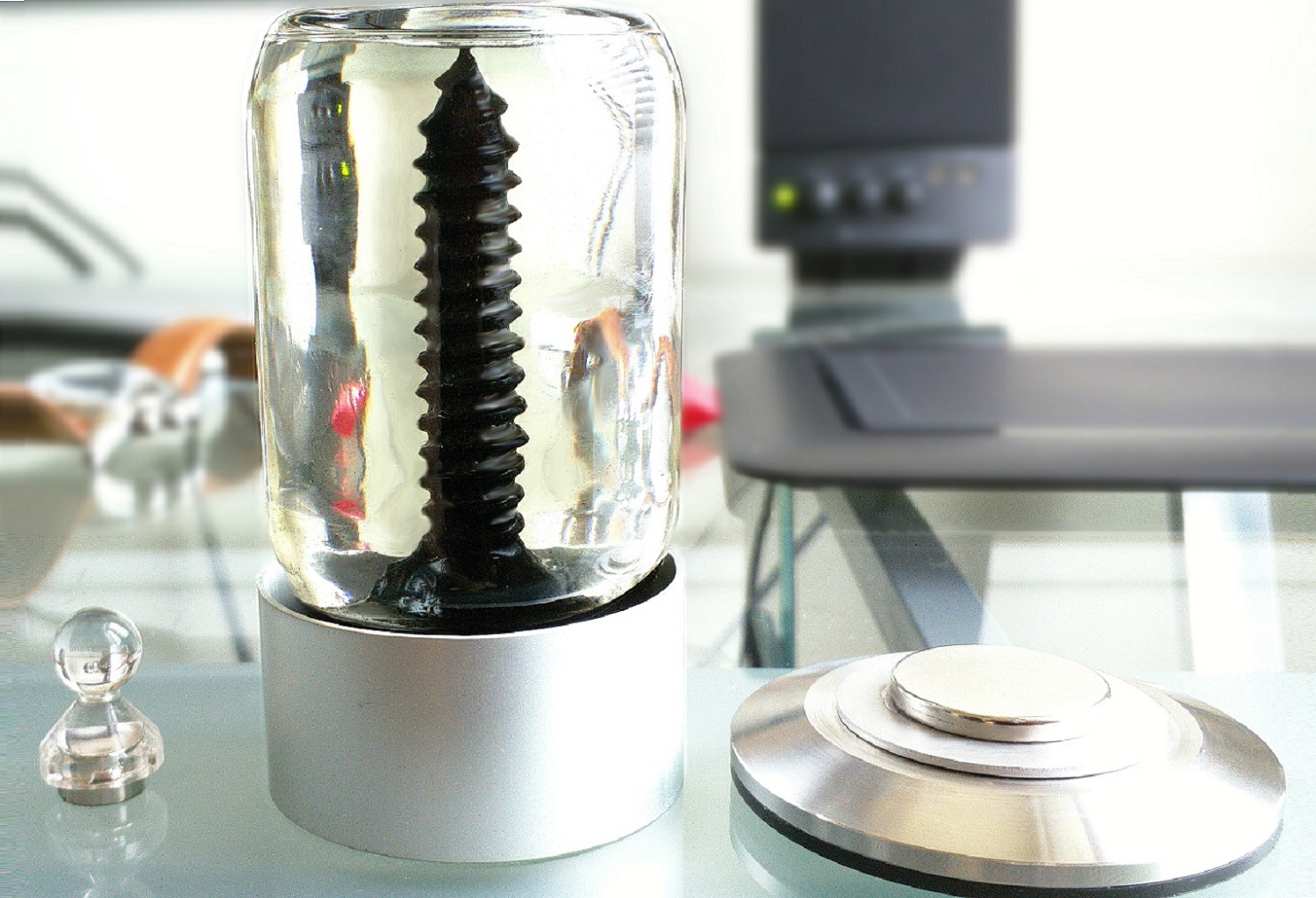 Ferrofluid is a NASA based magnetic compound invented by Steve Papell in 1963, while he was working on a new generation of liquid rocket fuel. The idea was to create a pump inlet for a weightless environment by applying a magnetic field. 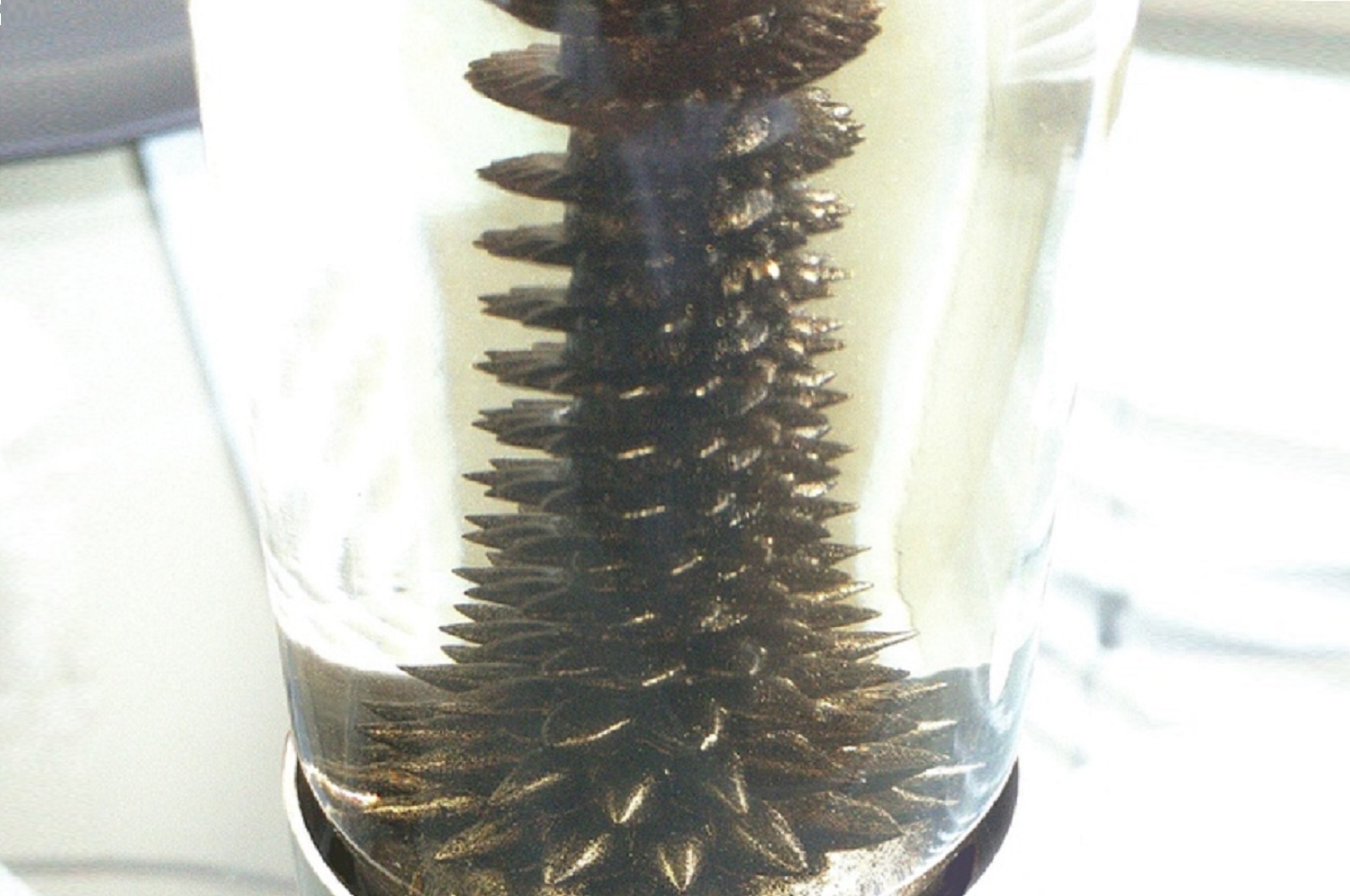 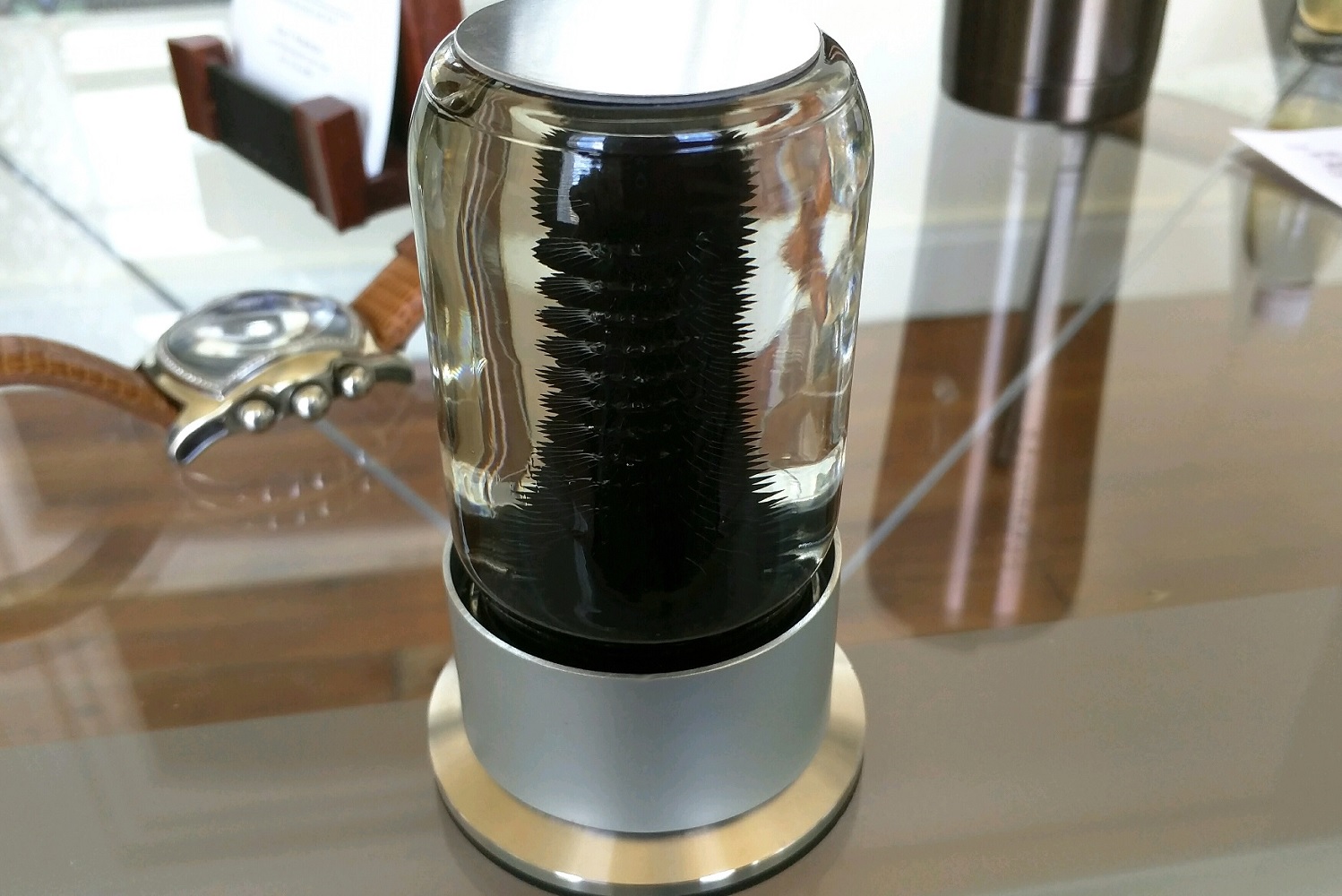 "By utilizing patent pending technology Ferroflow is able to manipulate the ferrofluid into amazing organic shapes and fluid movements."

The size of the RIZE designed to perfectly fit on an office desk by its 2.5" x 6" size. It can sit perfectly in the middle of your table or in the corner of your workspace. You can meditate on it while taking a break during a hectic day.

For the ones who are into scientific art pieces and fancy designs to give as Christmas gifts, the magnetic liquid sculpture RIZE might be the one you are looking for. It might also be a dazzling object if you are going to have a house party, a mesmerizing art piece to furnish science congress's, PSY festivals and moreover.

RIZE activates when you put the sculpture onto its magnetic base. This magnetizes the giant twist in the middle and causes the ferrofluid to rise up in a gorgeous display and spin around. 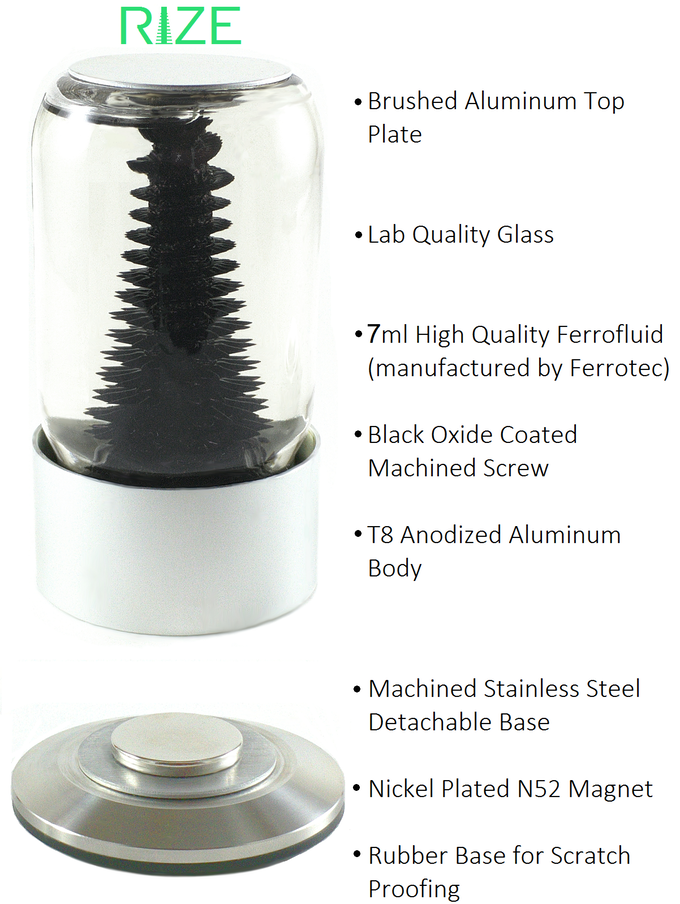 Robinson claims that there is no breakdown or staining possibility.

"We have worked extensively in R&D to develop a custom suspension liquid that ensures the ferrofluid won't break down or stain the glass."

While the glass is difficult to break, it's certainly capable of being broken. The makers encourage users never to consume the ferrofluid. If it is broken, you should immediately clean up the spill by mixing dish soap and water. The ferrofluid seriously stains anything it touches.

What about keeping RIZE close to your computer or workspace? The company says not to worry (unless your computer is an absolute dinosaur). MTR said if your hard drive has made after 1999, you are totally safe.

"The data density for new drives is so dense that even a very strong generalized magnetic field will not cause any damage to the drive. -But still- You should keep all metal objects at least an inch or two away" 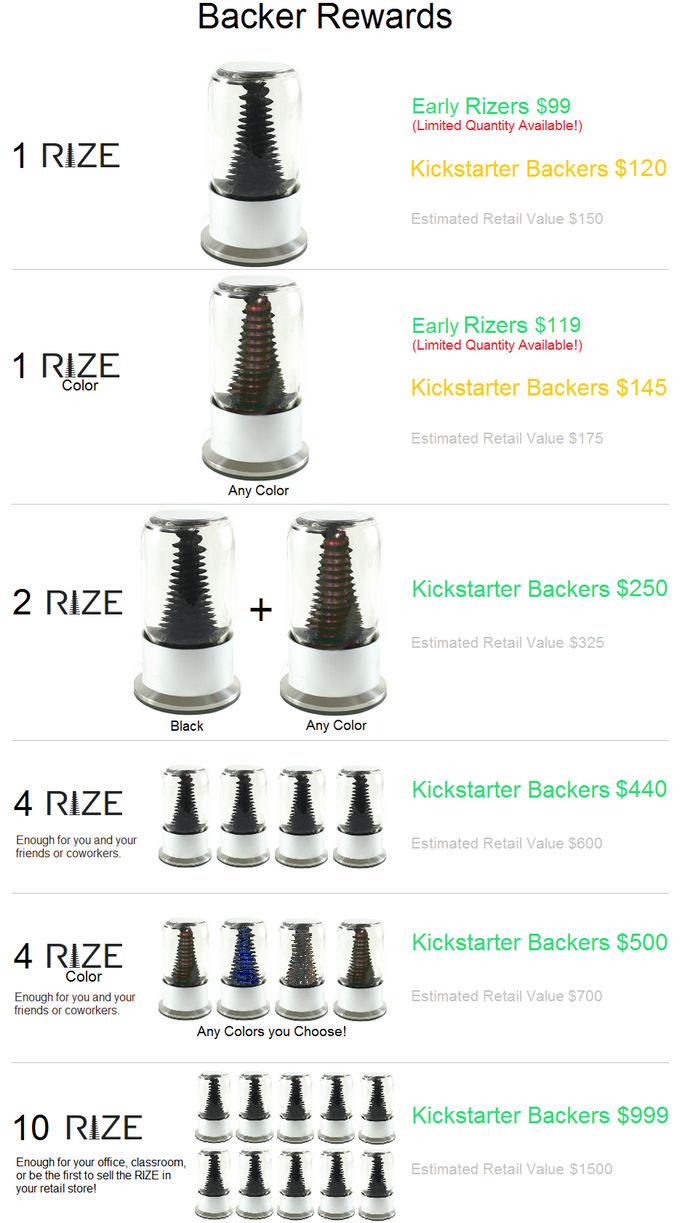 Interested in buying one RIZE system yourself? Want to finally impress that person who you think already has every gadget imaginable? You can preorder the RIZE on their Kickstarter fund.

SEE ALSO: This New Korean Rolling Barrier System Could Save Millions of Lives

And to get further information, visit MTR and Kickstarter.

13 Christmas Gifts for Kids Who Are Into Engineering

24 Jolly Christmas Gifts For Your Engineer Significant Other