IBM researchers and Sony have successfully developed a sputtered magnetic tape prototype technology that can potentially store 330 terabytes of uncompressed data into a small cartridge package. This record-breaking storage capacity technology is foreseen to continue reducing its size in the generations to come.

IBM researchers, in collaboration with Sony Storage Media Solutions, have developed a prototype sputtered magnetic tape storage technology that can store 201 gigabits per square inch of data. This allowed the IBM researchers to pack 330 terabytes of uncompressed data into a cartridge that can fit into the palm of your hands. The storage capacity breakthrough is considerably notable compared to conventional technology which can only pack 15 TB per data cartridge. 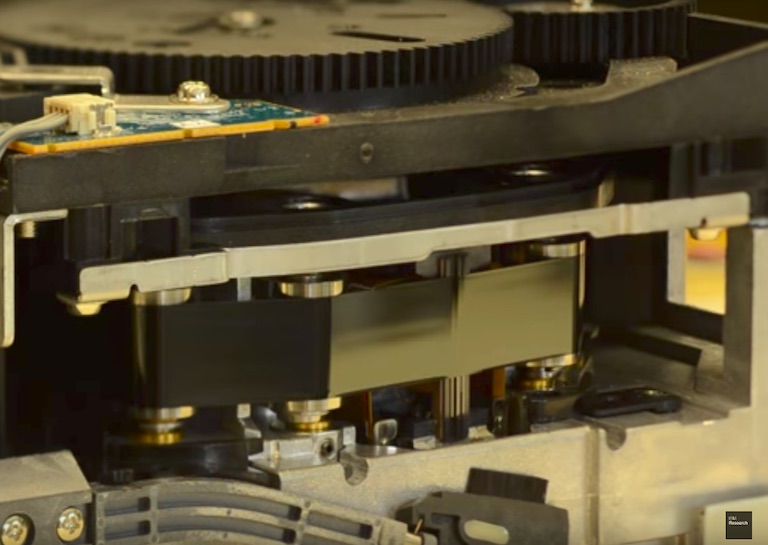 IBM's first tape drive, the IBM 726 tape unit created in 1952, was capable of storing data at 6.1 kB/s at an aerial density of 1,400 bit per square inch. And after more than 60 years of innovating this field, IBM continues to push the research and development boundaries of their tape storage technology. This new world record in tape storage is IBM's fifth record title since 2006.

According to Evangelos Eleftheriou, an IBM Fellow at the Zurich laboratory in Switzerland, the development of the sputtered magnetic tape technology will lead to a more practical cloud storage solution in the future.

"Tape has traditionally been used for video archives, backup files, replicas for disaster recovery and retention of information on premise, but the industry is also expanding to off-premise applications in the cloud. While sputtered tape is expected to cost a little more to manufacture than current commercial tape, the potential for very high capacity will make the cost per terabyte very attractive, making this technology practical for cold storage in the cloud".

How exactly does it work?

Lantz expressed that this recent development in the sputtered magnetic technology can continue to be record-breaking in the generations to come.

"This really demonstrates the potential to continue scaling tape technology basically at historical rates of doubling the cartridge capacity every two years for at least the next 10 years. That's really good news for our customers that could rely on tape technology. It's kind of an integral part of their storage infrastructure to really preserve their data in a cost-effective manner".