Chip manufacturer GlobalFoundries has announced it will no longer make next-gen 7-nanometer chips.

The company won’t produce 5- and 3-nanometer technology, either rather it will stick to 12/14-nanometer processes and expand product offerings around that tech. GlobalFoundries creates the Ryzen and Radeon chips for AMD.

AMD has confirmed that it will be manufacturing future 7-nanometer products, including Zen 2 CPUs and Navi GPUs, with TSMC. This decision should see it keep up with Intel.

AMD to work with TSMC on future chips

This line of chips will be built in collaboration with TSMC. AMD has acknowledged that the end of its contract with GlobalFoundries may affect its own production but says that working with a single 7-nanometer manufacturer will simplify production processes.

AMD says it will continue to work with GlobalFoundries on its Ryzen and Radeon chips. "Malta [GlobalFoundries 14/12-nanometer facility] will remain a large part of our volume," said AMD CEO Lisa Su. 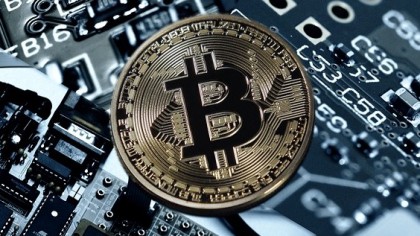 GlobalFoundaries spun its announcement as part of its bigger vision that started with the appointment of Tom Caulfield as CEO earlier in the year. GF says it is ‘reshaping its technology portfolio to intensify its focus on delivering truly differentiated offerings for clients in high-growth markets.’

“Demand for semiconductors has never been higher, and clients are asking us to play an ever-increasing role in enabling tomorrow’s technology innovations,” Caulfield said. “The vast majority of today’s fabless customers are looking to get more value out of each technology generation to leverage the substantial investments required to design into each technology node.

"Essentially, these nodes are transitioning to design platforms serving multiple waves of applications, giving each node greater longevity. This industry dynamic has resulted in fewer fabless clients designing into the outer limits of Moore’s Law. We are shifting our resources and focus by doubling down on our investments in differentiated technologies across our entire portfolio that are most relevant to our clients in growing market segments.”

The company says it will now diversify into areas where it has a true ‘differentiation’ and can add value for its clients. It is estimated that pursuing the plan to produce 7-nanometer would have required more than $10 billion in initial production set up.

“Lifting the burden of investing at the leading edge will allow GF to make more targeted investments in technologies that really matter to the majority of chip designers in fast-growing markets such as RF, IoT, 5G, industrial and automotive,” said Samuel Wang, research vice president at Gartner.

“While the leading edge gets most of the headlines, fewer customers can afford the transition to 7nm and finer geometries. 14nm and above technologies will continue to be the important demand driver for the foundry business for many years to come. There is significant room for innovation on these nodes to fuel the next wave of technology.”

GlobalFoundries is owned by Mubadala Investment Company and is a full-service semiconductor foundry. It’s operations span across three continents.