A team of endocrinologists have discovered what could be a safe dosage of medication to serve as a viable male birth control pill.

Several decades after women started taking "the Pill," a men's alternative might be on its way. A recent study found that when men took a trial pill every day for a month, the pill blocked sperm production while being safe for men.

The results were presented at the Endocrine Society in Chicago from research led by Dr. Stephanie Page with the University of Washington School of Medicine. The research team said that the pill in question -- dimethandrolone undecanoate (aka DMAU) -- reduced the testosterone and other hormones that spark sperm production.

"Our goal -- and everyone's goal in this field -- is to develop a method for men that has minimal side effects, and the holy grail would be to develop something that also has a health benefit for men," Page said.

The pill includes a drug that serves as an androgen -- like testosterone -- and a progestin. Previous attempts at the male birth control pill have struggled, especially oral pills. Those drugs often leave the body quickly, which would mean men would have to take the pills twice daily in order to actually work.

"The only options currently available for men are vasectomy, condoms and coitus interruptus," Page said. "Forty percent of pregnancies worldwide are unplanned, so there's clearly an unmet need for novel contraceptives, and men have very few options."

However, Page noted at the conference that because of long-chain fatty acid molecules, testosterone is slowed enough to stay in the body for longer.

The study used 83 men aged 18 to 50 who randomly got one of three groups. They could either take a 100 mg, 200 mg or 400 mg dosage of the pill. After 28 days of taking the drug, testosterone dropped to "castrate levels" -- the ideal range of testosterone in the blood after either surgical or chemical castration. Those who took the 400 mg also had a drop in two hormones that regulated testosterone and sperm production.

According to Cohen, that low level would be found in a pre-pubescent boy or teenage girl -- not an adult male.

"Nine participants had decreased libido, which is not small," he said. "When you put that on a large, multimillion-person basis, you have a huge portion of men running around with very low libido."

A Future for Male Birth Control?

Page noted that this could be a discovery decades in the making, as birth control (outside of condoms) has largely been seen as a "women's issue." The more options that are available to men, the more willing they'd be to consider alternatives to traditional contraception.

"People have been working on male hormonal contraception for 40 to 50 years," Page said. "There are ways of delivering male contraceptives with long-acting implants and injections, but men are interested in having an oral pill available, and the work we presented here is a step forward."

But how does the pill avoid the side effects one would assume would come with such low testosterone levels? DMAU can successfully trick the body into thinking it has adequate testosterone. That's where the androgen-esque parts of the pill come into play, Page said.

"If you simply took the men's testosterone down to these low levels, they would absolutely have side effects. They would have hot flashes just like women do when they go through menopause, and they would have marked changes in sexual desire and function," she said. 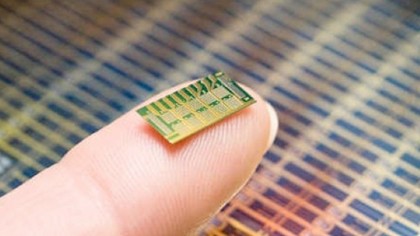 "The very important point here is that despite having those low levels of testosterone, the steroid that is given in this prototyped male pill provides the androgen activity in the man in all the other parts of their body," Page added.

The study's 28 day timeframe makes it difficult to gauge long-term effects of using the pill. However, Page and her team remain satisfied with the results as they've determined a potentially safe dosage of the DMAU. Plus, this study could open up doors for future forays into a men's birth control pill and ultimately get it one step closer to a reality.

"The important next step is to show that this does in fact suppress the production of sperm, and that requires at least a three-month study, which we're going to be undertaking starting next month," Page added. "After that, we'll need longer-term studies to look in detail about fine-tuning any potential side effects and ultimately doing a study in couples that actually demonstrates that it works in a real-world use."